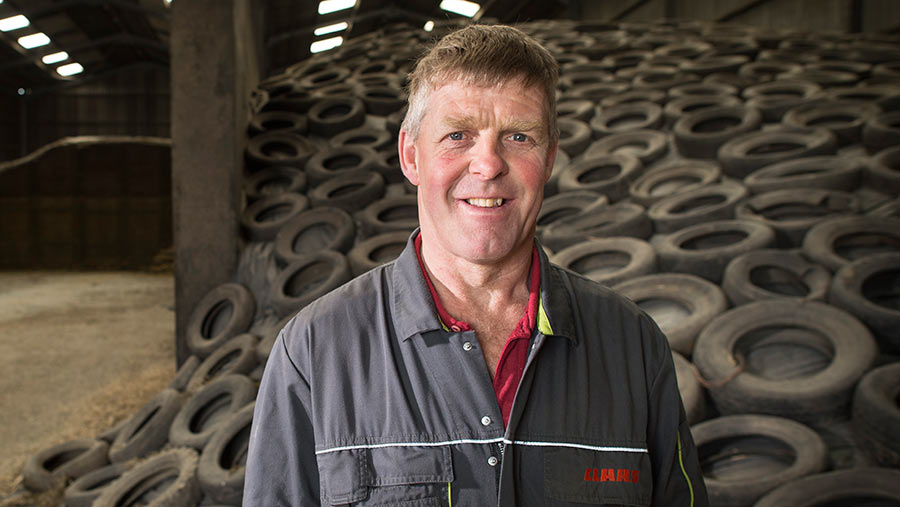 Where has the year gone? We have had a busy month since you last heard from us.

With the good weather, the flies have been about. So all the youngstock have had to be treated with a permethrin pour-on.

While we were doing this, we were also able to get up to date with the bovine viral diarrhoea vaccinations.

We have had to do a bit of emergency fencing as a group of heifers had escaped and got along an old railway line.

Unfortunately, one heifer had fallen from the railway banking resulting in her having a broken pelvis.

We have also had a burst water pipe; we couldn’t find out where the leak was but then we heard water running in the youngstock shed beneath the slats.

So now the pipe brackets will need to be redone once the slurry pit is empty.

Sheila and I enjoyed a very relaxing week away with friends to Tenerife – we are already looking forward to our next holiday.

We have also recently had a South West Scotland herds competition and dinner. We were fortunate enough to bring home a couple of pieces of silverware and, as usual, we had a very enjoyable evening at the dinner.

The main talking point of the open day was robotic milking as the hosting farm had six installed.

We could do with getting third-cut silage in so that we still have time to get a fourth cut done. Although we are already a month earlier thinking about a third cut than we were last year.

Another bonus of getting a third cut in would be freeing up more grazing for our in-calf heifers.

By the time this comes out, Michael and Emma would have left for the Royal Welsh Show at 2.30am on the Saturday and would have returned home again, hopefully having a worthwhile trip with the three Holsteins and one Jersey we look after.