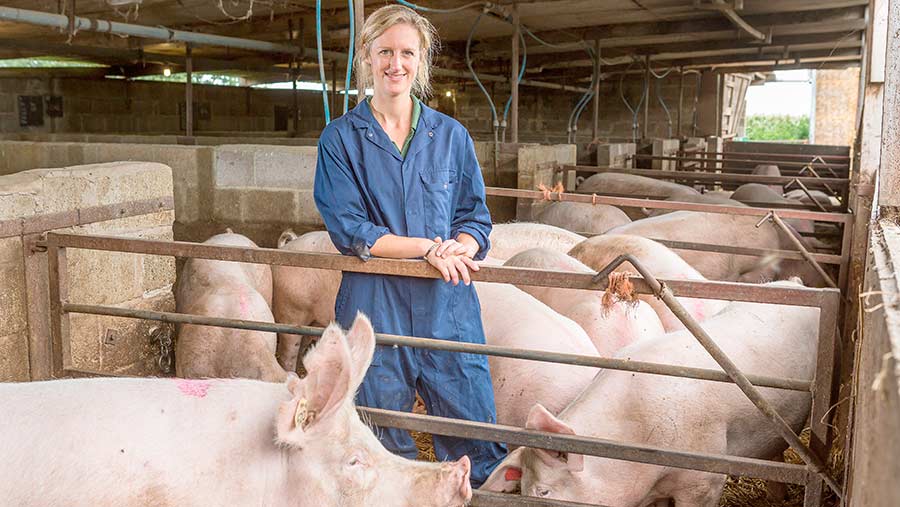 I mentioned last month that we recently started on a five-week batch system. I say recently, but we have actually been serving for a year now.

The main reason for this was to improve herd health after a nasty strain of Actinobacillus pleuropneumonia (APP), and in turn to boost growth rates, because we can now clean and disinfect finishing houses between batches.

We recently slaughtered our third batch. The bacon weights of the first two were a little disappointing, but I think we can put it down to those excruciatingly hot spells in early summer.

The pigs definitely just ate to maintain and not a lot else. The third batch has yielded some really pleasing results, with an average deadweight of 84kg (liveweight of 111kg) at 22 weeks old, putting on an average of 800g/day from weaning.

This is 5kg heavier than our average on the weekly system. I’m trying not to get too excited, but let’s hope it continues.

Post-mortem data from the abattoir has also shown some staggering improvements on the lung scores since the advent of batching. Hopefully it’s not just a seasonal improvement.

If we continue to see such benefits we will consider removing the APP vaccine from the finishing pigs and just vaccinate the sows, so drastically reducing our medication and labour costs.

We want to get through the winter without hitch first though and will then assess the options with our vet.

We have farrowed seven batches and our numbers born alive have increased by 0.8 pigs a litter to an average of 14.5.

This is quite astounding, but has thrown up a few challenges, as sows only have about 14 teats, and the batch system doesn’t leave room for fostering.

We still don’t really know what caused the jump with the switch to batch, apart from perhaps that labour is focused solely on one task a week.

It’s early days, but it looks as if it has been the right decision, albeit a challenging one at times with such a major upheaval of farm processes. However, my staff have taken it in their stride and are doing an excellent job. I can’t thank them enough.

Sophie Hope farms 380 sows indoors from farrow to finish, producing 10,000 pigs a year direct to Tesco as well as 81,000 broiler-breeders. A straw-based system is currently in place with boars from composite commercial lines and some Hampshire used for hardiness.