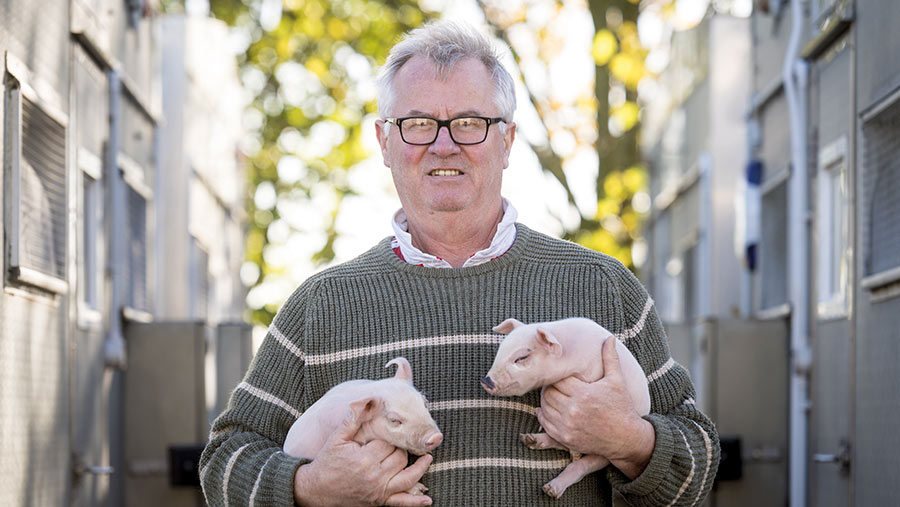 As I mentioned last month, we had our Red Tractor audit in January, and as we had changed our auditors from SAI Global to NSF, we were a bit apprehensive. But I have to say the auditor was thorough and knew what they were looking for.

I particularly liked the fact that they walked the farm before sitting down to check all the paperwork with my wife, as the norm in the past was to do hours of paperwork and then have a quick walk around the farm. Thankfully, we had no non-compliances.

Now that we are no longer in the EU, we should be allowed to promote British products.

I think the time has come to do away with the Red Tractor logo and plaster all Red Tractor-assured products with the Union Jack.

I think I heard somewhere that the Red Tractor logo was originally chosen because the EU would not let us use the Union Jack – is this true?

Nothing is getting any easier for the pig industry.  I believe that in my 45 or more years in the industry this present crisis is approaching the disaster we had in 1999-2001.

This was when the UK government banned the use of sow stalls in the UK, while allowing supermarkets to purchase bacon from elsewhere produced in buildings and systems which were illegal in the UK.

Although many producers like ourselves survived, we lost at least one-third of pig farmers due to the huge losses incurred by all.

The remainder of the industry rose to the crisis and the British Pig Industry Support Group (BPISG) was formed. We actively went out (peacefully) disrupting supplies to distribution centres.

We were led in those BPISG days by half-a-dozen reluctant heroes who, by necessity, rallied the troops.

There is a faint glimmer of hope in that the world is still short of pigmeat.

I am hearing reports that China’s rapid restocking of its pig herd is failing due to the illegal use of African swine fever (ASF) vaccines, which has caused the ASF virus to mutate and become airborne.