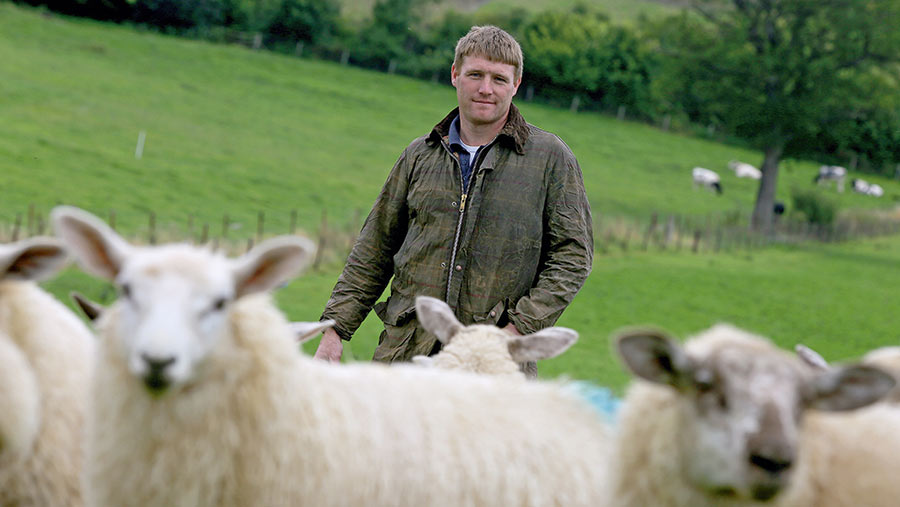 Lambing is in full swing at last. We started at the end of February in very wet conditions, a slow trickle of lambs have been coming until the middle of March, but now they are getting on with it.

This time last year we were on the home run, but this year we are only about halfway through. I am not sure why, but they are lambing well when they do.

The singles are probably giving us the biggest problems with big lambs; they get no concentrate but have wintered well and are carrying too much condition.

No other major problems and Schmallenberg does not seem to have affected us although we do have a five-legged lamb running around.

It is the second year we are tagging and recording at birth. Last year I thought it was an extra job when we are very busy but it is quite quick and another chance to handle and check young lambs. It also saves tagging as they go on to the lorry to sell.

We do not use it to its full potential but it is proving very useful to check on what lambs the ewes had last year and it also flags up if we had previously entered a problem lambing.

Interestingly, some of those who had difficult lambings or problems last year have lambed well this year.

Over the years it will be very valuable information and will aid our culling and replacement of ewes.

Prolapses in ewes before lambing are a constant problem and despite culling many of them out it still persists.

We have now got plenty of APS harnesses and put them on at the first sign of a prolapse no matter how small.

They are the best way to manage the problem, are far better than the spoons and quicker to put on.

As the sheep have been relatively quiet up until now it has allowed me to get some fertiliser down.

The weather in early March has been good and the ground has dried well.

Grass leys are looking well but there looks to be lots of weeds and plenty of moles that have enjoyed the winter too.