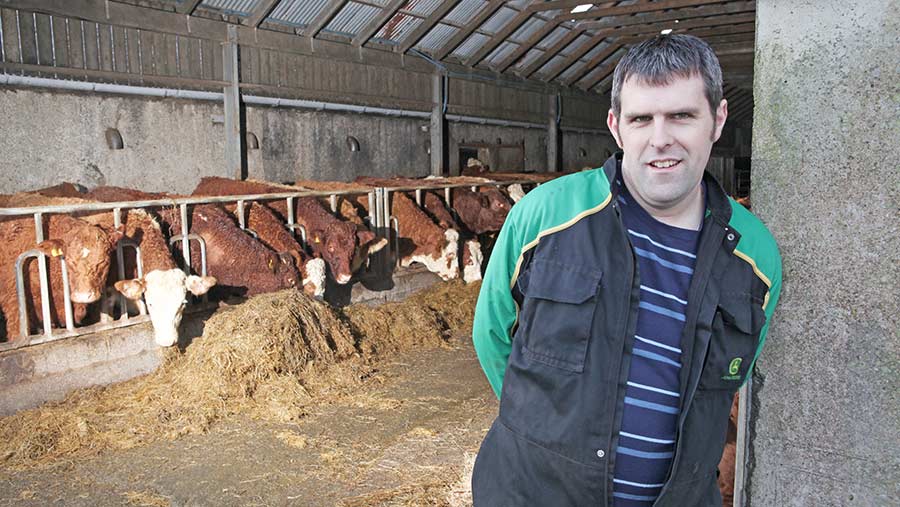 A trip to the Stirling Bull Sales in October was the first time I had been away from Orkney since we went into lockdown in March.

Since 2015, I have been through Edinburgh Airport quite a few times and have seen the airport extended, with more shops opening and the whole terminal thriving.

It was so sad to see some shops boarded up, chairs stacked up and only a fraction of people in the terminal.

The bull sales were a lot quieter than normal, but I managed to get the bulls I needed. Trade was up on the year, but I thought they were easily bought considering the beef price is a good bit better than a year ago.

Our bulls travel to Aberdeen, where they catch the ferry home. It’s a credit to the system how clean and relaxed the bulls are when they arrive in Orkney.

As of 10 November, it’s almost a month since the first cows came inside for the winter. The land was getting wet and they were starting to make a mess.

The weather in early November has been really good here and we still have some cows out. I’ve even managed to get the year’s muck spread already.

Hopefully, it will stay dry for a few more days so I can get some ploughing done. The steer calves have all been sold. They averaged £817 a head, which is up more than £100 on the year.

At the end of October, we were fortunate to buy another farm.

Since then we have been very fortunate to get the chance to buy another farm, but we have always had a significant amount of land on seasonal lets.

Renting land is a great way to get into farming and I will always be grateful for it. But as time goes by and a farm needs repairs and reinvestment, it is so much simpler if you own it.