Strong commercial interest for long, clean bulls with good milk figures to produce good females were in demand in the Simmental ring at Stirling on Monday 19 October.

Four bulls made five figures and a total of 26 lots made 5,000gns or more.

Two Islavale bulls made 14,000gns. The first at this price tag was the April 2019-born Islavale Kristoff 19. 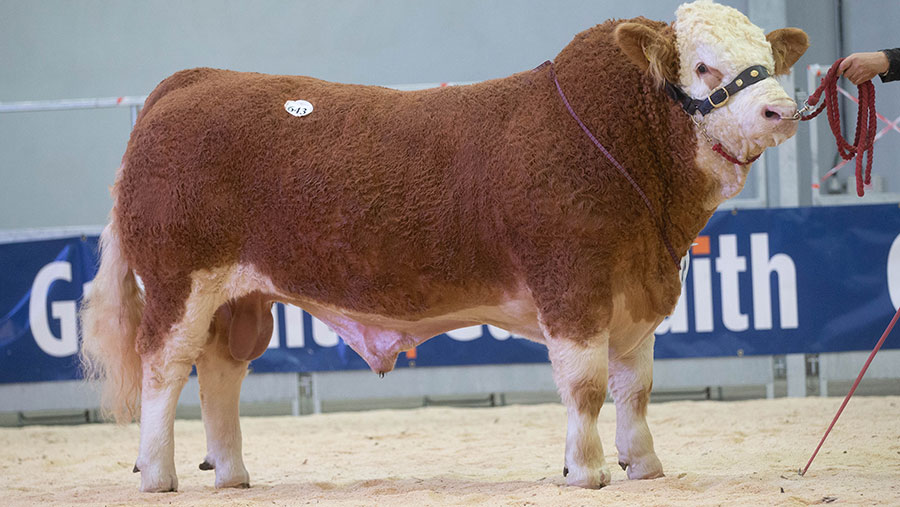 He went home with Pitgaveny Farms, Elgin, Morayshire, to work on the herd’s 12 pedigree cows and then across its 225-head commercial Simmental-cross cows. He is a Corskie Highlander bull and out of the seven-year-old Islavale Ethel EX91.

Islavale Kai also hit 14,000gns, this time knocking down to the Pattullos family at Sandyford, Kirriemuir. He is a Curaheen Giant 2 son and out of the Popes Laird daughter Islavale Britney. 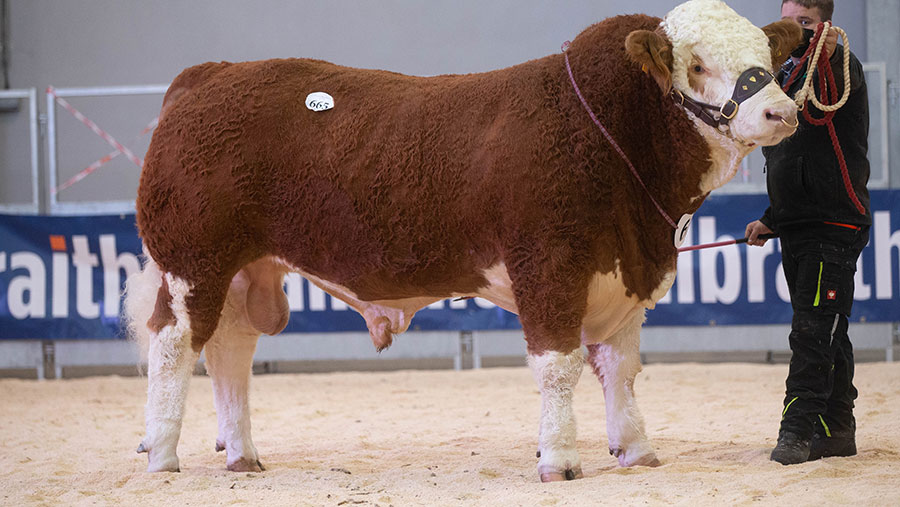 Strathisla Kinloch 19 was snapped up by R and N Barclay, Harestone, Aberdeenshire, who picked him for his length and size for their 400-cow commercial herd. 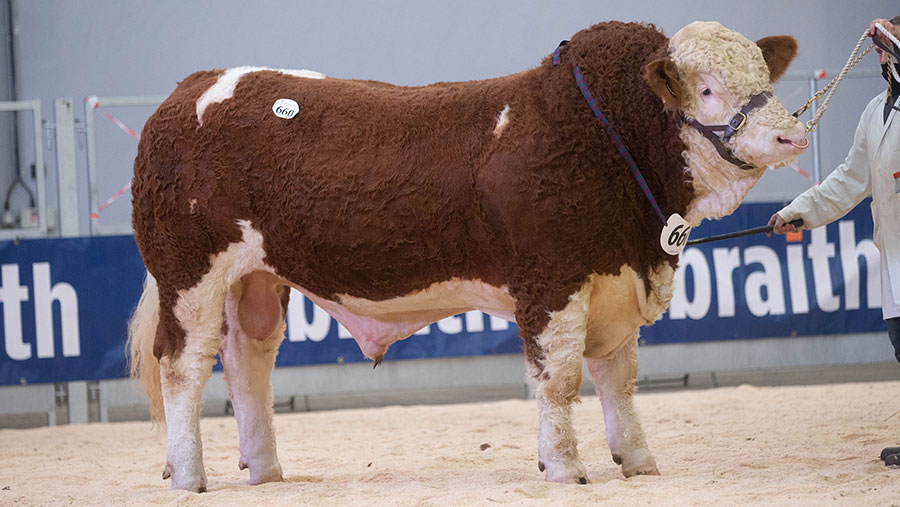 At 10,000gns was Broombrae Kojac from GL Clark, Auchtermuchy, Cupar. He sold to D Lowry, Cartland, Lanark, who picked Kojac because of his tremendous maternal breeding, in particularly because of his dam, the Team Wisconsin daughter Broombrae Delight. 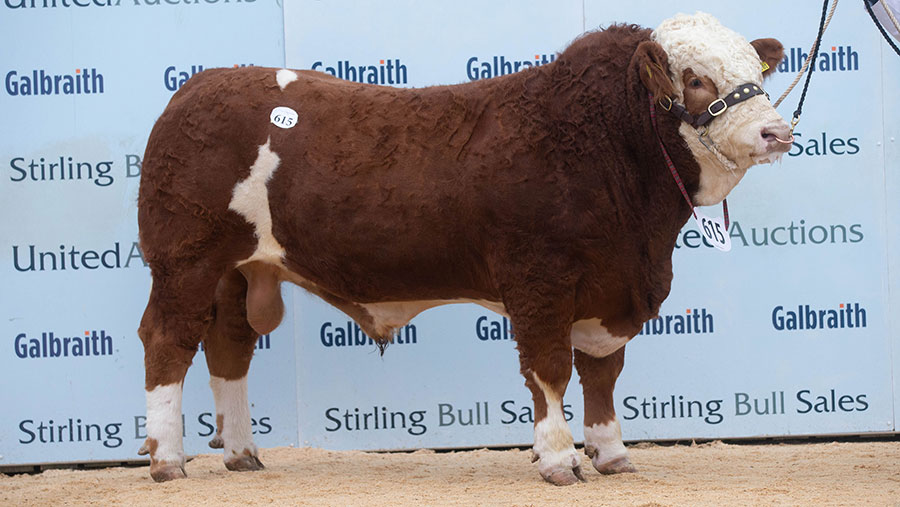 Next at 9,000gns was Greencap Kane from Colin Inglis, Aberdour, Fife. He is by Denizes Fabio and out of the Omorga Volo daughter Greencap Darcy.

He went north with R and R Durno and Sons of the Auchorachan pedigree herd, Glenlivet, Ballindalloch.