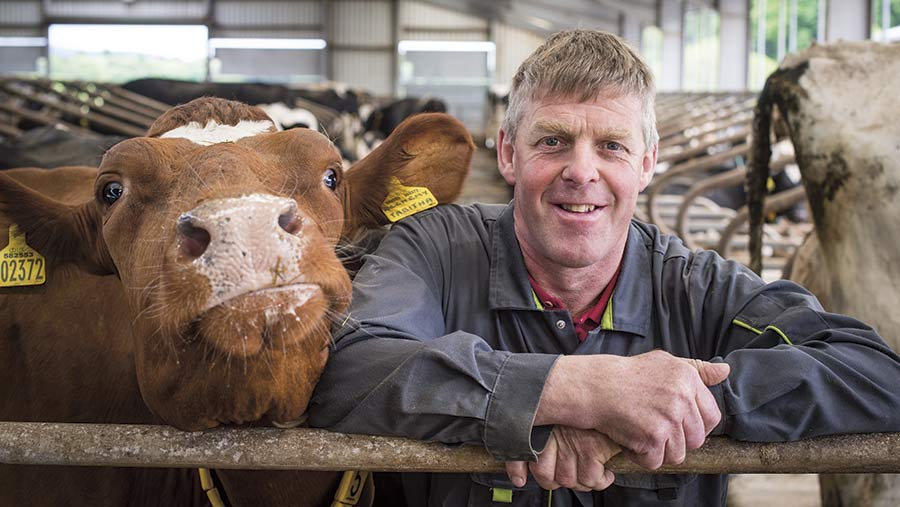 If only the clocks changing had brought some better weather … it would have allowed us to get some more ploughing done.

We did start rolling, but field work came to a standstill due to the weather although the slurry is all done. The lime is also on and we’ll have some more to put on the stubble fields when they are ploughed.

But what growth in the grass there has been due to the mild spring and getting the sheep off early; we might start first cut sooner than we thought.

I even heard one man in south-west Scotland is hoping to cut his silage at the end of April.

So far so good with the VOD (vacuum on demand), it looks like we could potentially be saving up to 50% electricity going by the first few milkings. And I didn’t realise it was going to be so easy to convert as we are single phase electricity, it wasn’t as big of a job as I thought it was going to be.

The UK Dairy Expo seemed to be a success. What a show of cows! And there were so many people there as well. I think it demonstrated that there is light at the end of tunnel and there is optimism in the milk job.

A main gas pipeline, heading for Ireland, is going to go through the farm, and the work has now started with the arrival of diggers.

It means we are losing ground in two good silage fields. Although the fences haven’t gone up yet, there is a lot of mess already and it is going to be two growing seasons before we can get the ground back.

By the time you read this, Michael would have been over to Ireland to do another talk, this time at the Northern Ireland Holstein Club.

Cow numbers have been up as of late, so we have been fortunate enough to sells some heifers off the farm. It helps because the milk price has dropped slightly again.

In other news, we’re looking forward to 19 April for the announcement of the Lions squad to see how many places are taken up by the Scottish boys!