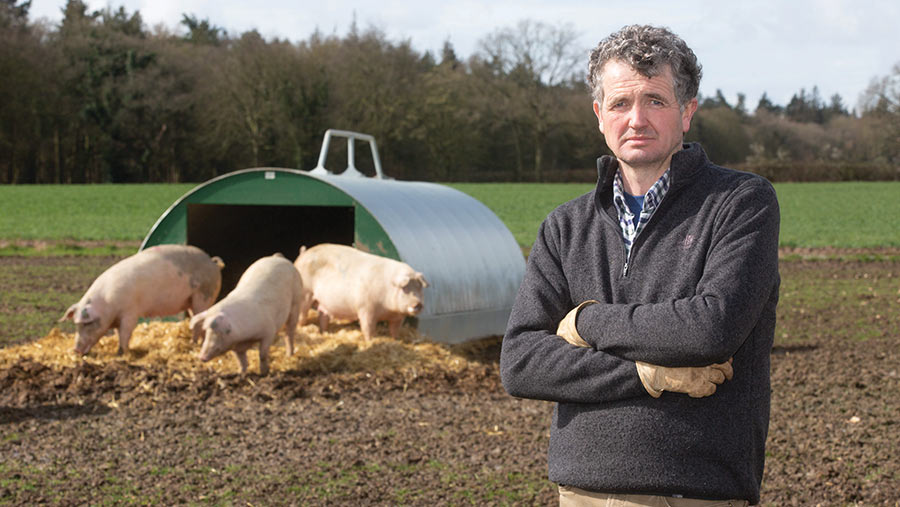 Who saw that coming (if you can pardon the optical pun)? I didn’t that’s for sure.

It’s been quite a notable year for losing sight of things – and I’m not just talking about that tree in a Waitrose car park that dented my pride.

It’s often said “a fresh pair of eyes will spot a problem”, which is one of the reasons why, from time to time, I carry out jobs that are normally done by others, such as feeding the dry sows.

This is great in theory and, on the whole, it works for me in practice.

But this is 2020 remember, the year when seeing what’s ahead, right under our noses, proved problematic – even for the best minds and sharpest eyes.

Once every six weeks I feed the service and gestation paddocks at our 550-sow unit, and in March I failed to spot that some were getting just a bit fat.

By the next time I fed them in mid-April, things had worsened further and we quickly had to sit down and work out what had gone wrong with the feeding regime.

The problem was the regular feeder had gone on a personal mission to improve the condition of the thinner sows.

The result was that our designated “thins paddock” was no longer home to the typical 5% of the herd and was looking distinctly empty.

However, the knock-on effect of this was that another 5% of the herd was now looking like farmyard extras from a Dickensian tale.

Furthermore, it increases the difficulty of rebreeding and it’s a waste of valuable feed.

A few changes were put in place and the whole herd went on reduced rations to gradually bring the weight off, while minimising loss of contentment – something we’ll all soon relate to come the new year.