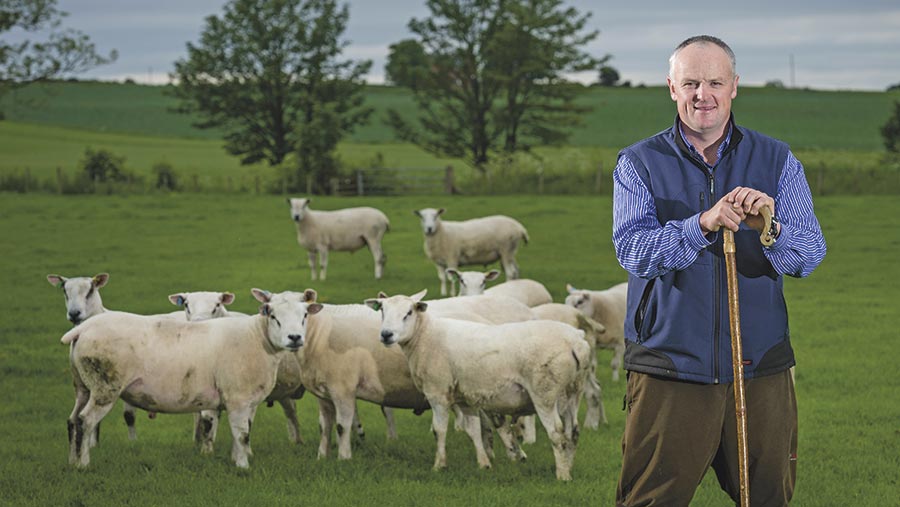 So far this season we have made some fairly handy hay and some which will be more suited to cows this winter.

As I write this, having just turned another 56ha this afternoon, the rain is bouncing off the windows and there’s every chance that our stack of medium-quality hay/haylage will grow yet again.

One of the fields we made hay on was sprayed off standing, mown five days later and baled five days after that before being drilled directly with stubble turnips for winter use.

This is the first time that we have used this method and we certainly would again, kill rate of the old grass has been perfect and the hay made very quickly allowing a quick turnaround time.

More stubble turnips will be sown after potatoes and possibly some older grass leys but once we get into August in the north of Scotland the later you sow the greater the impact on yield.

Weaning is now well under way and by the 10 August we will have weaned everything, ewe lambs retained for breeding will have been selected and shorn while anything fit to kill will have been sent to Woodhead’s.

Cull ewes have also been sold as soon as they have been identified taking the decent trade while it is there. The financial controller sitting beside me in the office has been smiling on occasion when opening the mail in the mornings.

I wrote previously about our failure to control grass and eventually I gave in and bought a 4.6m Spearhead topper, which although might not give me the finish I want on Fearn, will certainly sort out thistle issues on some of our other blocks.

Buying machinery is something I avoid. I would rather invest in soil, fencing or livestock but sometimes it just has to be done and time will tell whether I have made the right decision.

Our rams for our on-farm sale on 25 August have been vet checked. This is something we do every year and we try to lift the bar annually so that what we present for sale is better every year.

I wish we could pick up faults earlier on but some just don’t expose themselves until the rams develop. This year, we culled 8% for various issues including structure, scrotal circumference and feet.

Fingers crossed those that made the cut will sell well, I will update you next time.