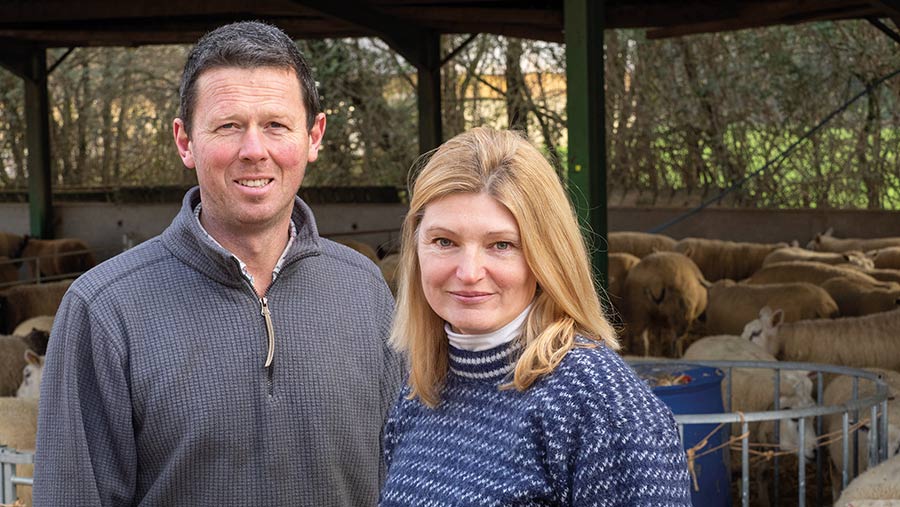 Maize came off on September 10 with a very heavy crop in three out of four fields at about 49t/ha.

The smallest field suffered as it got unrotted muck from the lambing pens with fluffy straw, as opposed to cow and old sheep muck on the others.

We quickly reseeded with high-sugar high-clover leys for the pedigree ewes and lambs next year. No rain means no germination, but hopefully by the time you read this the fields will be green.

The manure shed we are building to keep compliant with Catchment Sensitive Farming is up and nearly finished. We are only waiting for the concrete panels.

I am still struggling to get my head around such a massive shed to keep poo dry.

The commercial ewes are fully prepared for tupping. Stock ewes are on the cover crop to be mated to Texels and should hopefully scan at 200%.

The pedigree ewes should be in lamb by now, but we have had a few problems.

We left them alone for seven to eight weeks in really good covers and unfortunately there’s been some lameness, so we’ve had to walk them gently through the footbath.

One of the Texel rams died. Fortunately, my friend Matt Hobbs of the Elkstone flock and I agreed a price of £500 for a replacement ram lamb.

This is a little more sensible than some other prices seen recently, especially when you consider the Elkstone flock’s strong performance in the national RamCompare project.

The extremely silly season has once again done damage to the agricultural industry.

With Boris Johnson sabre-rattling over Europe, the evidence is that the sheep industry doesn’t need any help, because auction records have been broken – not the reality.

In the real world a few more pounds on lambs are quickly eroded by high straw prices, no wool cheque, high replacement costs, and every other bill subject to inflation.

The cows are just starting to calve, with the first batch indoors to try to control their diet as we have too much grass.

As soon as it rains again, they will be housed as our leys are too valuable to damage badly.