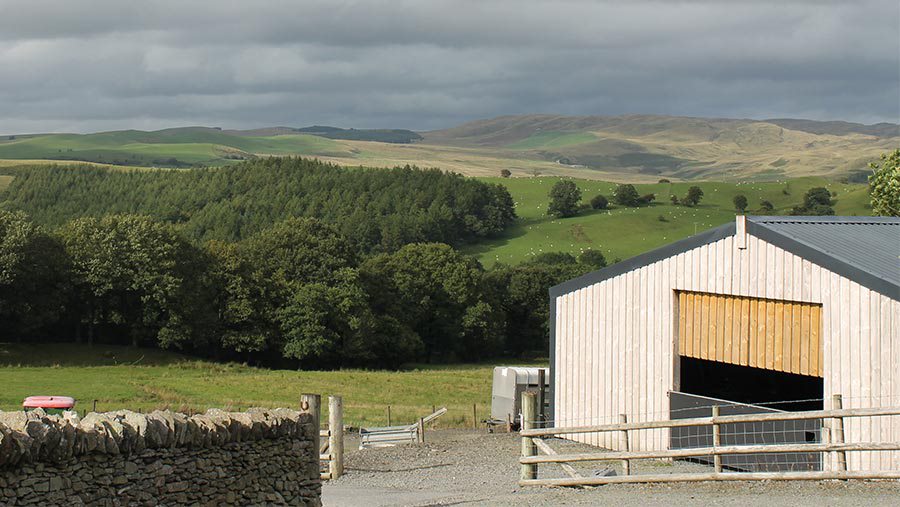 New investment on Welsh livestock farms could be significantly curtailed with the Welsh government planning stricter controls on ammonia emissions from as early as January 2021.

Currently, only intensive farms and those 5km from sensitive habitats face strict environmental scrutiny on any harmful gasses generated by new developments.

But under new guidance proposed by Natural Resources Wales (NRW), most livestock farms seeking planning permission for developments, ranging from slurry stores and cattle housing to poultry sheds, would need to prove that the ammonia these would generate would not overload existing background levels.

If farmers cannot satisfy NRW that their development would not harm sensitive species and habitats, the government body says it will object to the planning application or, for large-scale poultry and pig units, refuse to issue an environmental permit.

NFU Cymru sees the revised guidance as a big threat to productive farming in Wales, but NRW says it is needed to help achieve a stable and sustainable future for Welsh agriculture.

The union’s deputy president Aled Jones believes suckler production is especially vulnerable, with just over 35% of Welsh herds having fewer than 10 cows.

“The manure stored during winter months from these small herds is often the sole source of nutrients applied to grow the following winter’s forage requirement of both the cows and sheep,” he says.

“If there is even a small challenge to these businesses from legislation, I fear the temptation to be rid of the cows would be too much.”

Farming leaders say they aren’t questioning a need to tackle the issue – around 88% of the UK’s annual emissions come from agriculture – but they are angry at the timing.

The 12-week consultation, which is due to close on 31 August, has been launched at a time when the industry is under pressure from the Covid-19 pandemic and unions are involved in brokering important post-Brexit trade deals, says Mr Jones.

He insists that the timing of the consultation could not have been worse.

“We are not dodging the conversation, and wish to give a broad and considered response, but presently Covid-19 and Brexit do not allow this to happen,” he says.

“Over the next six months, we need to concentrate on what trade standards UK farmers will have to adhere to, what markets will be open to us with the spanner of Covid-19 to navigate our way around.

“There seems to be a headlong rush to bring in more legislation without a responsible, diligent assessment of the implications.”

NFU Cymru is urging NRW to delay the consultation until early next year.

A statement from the Welsh government says anyone who is having difficulties responding to the consultation within the timescale should contact NRW to “discuss how their participation can be accommodated”.

“We know we need to do more as a country to understand and address the cumulative impacts of agricultural ammonia and nitrogen emissions, so it is right NRW explores this issue to see whether its operational procedures need to be updated.”

What are the proposals?

Farms located near to any species that can’t tolerate high levels of nitrogen or ammonia would need to assess and demonstrate that the level of ammonia generated by a new livestock development, manure or slurry store or an anaerobic digestion plant would not be harmful.

Since October 2017, only developments closer than 5km to sensitive sites have needed a detailed assessment.

But NRW is proposing to change that by increasing the screening distance to 10km for large cattle, pig and poultry developments and for anaerobic digesters and large slurry stores.

NRW suggests that this is needed because in some areas of Wales the amount of ammonia and nitrogen is already at, or above, harmful levels.

“This guidance is designed to ensure that detailed modelling is carried out where needed and that a safe ammonia level is not exceeded at sensitive sites,” it says in its consultation document.

Detailed modelling would be needed if the background level of ammonia is already at a level deemed as critical.

Existing guidance applies only to developments in range of designated sites such as Special Areas of Conservation and Sites of Special Scientific Interest.

But NRW says it has evidence of areas outside these sites where species sensitive to high levels of ammonia and nitrogen grow and plans to include its own map of locations in the new guidance.

It anticipates publishing the final revised guidance in January 2021.

What would the new rules apply to?

Under the proposals, a range of new screening distances would be applied to developments in different livestock sectors.

For each of these, an impact assessment would need to accompany planning and environmental permit applications.

NRW says the screening process is “deliberately conservative” to guarantee that where there is a risk of harm, detailed modelling is carried out.

Had the new emissions guidance been in place when Llyr Jones diversified into free-range egg production in 2017, he believes he is very unlikely to have secured planning permission for his poultry housing.

He established a 16,000-bird unit because his suckler beef herd was losing money and he wanted to put the business on a sound footing for the future. 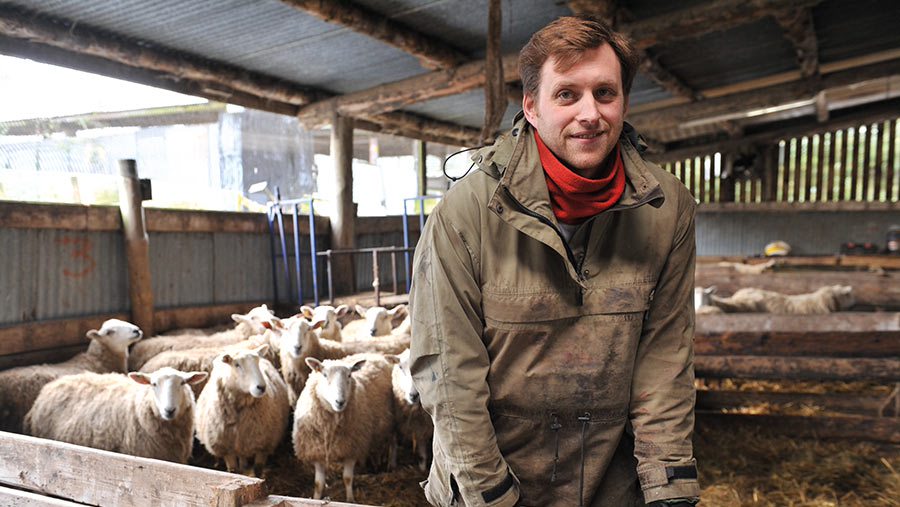 When the shed was built, emissions screening was not required.

He is now in the process of seeking approval for a second 16,000-hen shed and has already spent £4,000 on ammonia mapping.

Mr Jones says management changes, such as mucking out hens every day, have been shown to reduce ammonia emissions, but he says NRW won’t allow these in predicted emissions calculations.

“By mucking out hens every day instead of every other day, we can reduce ammonia levels by 20% and we can make further reductions by keeping litter dry, by having concrete aprons around the popholes and by planting trees.

“These are all low-cost, natural measures compared to an air scrubber, which is costly and uses chemicals because it forces air through a shower of sulphuric acid.”

Mr Jones reckons that the proposed new guidance would have put a halt to his plans to diversify into egg production.

“If Welsh farmers are prevented from developing new facilities to grow their businesses to produce food, supermarkets will import food from countries where rules are less stringent. This is already happening with eggs,’’ he says.

Mr Jones, a member of NFU Cymru’s rural affairs board and its Next Generation group, says he supports a need for farmers like him to take their environmental responsibilities seriously.

“I inherited this farm and I want to pass it on to my children in the best possible environmental position; I couldn’t sleep at night if I knew I was polluting the local area,” he says.

“But what I am not happy with is NRW’s refusal to accept in emissions calculations low-cost options that can easily be worked into the day-to-day management of a farm.”