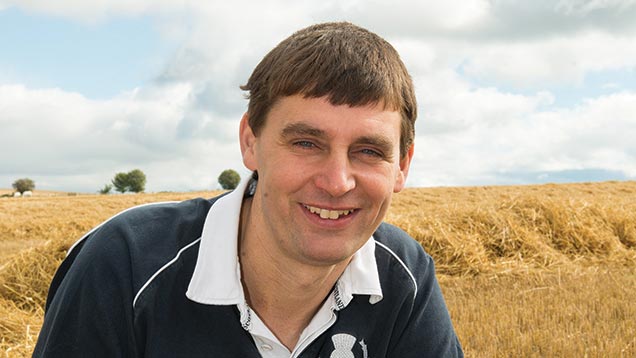 I normally write my article at the last minute, on a Sunday night in the office, but my plans had to change as I was behind with the final head spray, as weather has not been in our favour.

I primed Alison to come with me after teatime with a notebook and pen to take notes as I drove up and down the tramlines. I was about to spray the headlands when I noticed the sprayer wheel was soft – in fact airless.

As it was 5.30pm on a Sunday night and I could not get it fixed until the morning, I walked home, had tea and then resumed my usual position in the office and began writing.

Things never go to plan, do they? Hopefully, by the time you read this, spraying will be complete.

We had our half-yearly benchmarking meeting last week, with a mix of good and bad results. The physical figures of the group are graphed and show a steady improvement over the years as we become more efficient.

As the aim of the group is to improve by learning from each other, it seems to work well, but unfortunately the price we get for our produce is not within our control, so the profit/loss graph is definitely at a low point, even when we are producing more pigs with better food conversion ratios and less mortality. Perhaps in six months’ time we will see an improvement. Let’s hope so.

We have been busy constructing our weighing system and have gone for a round pushing pen with a short race to the weigher and a race out with four air-operated shedded gates to split the pigs into weight ranges for slaughter.

Our local blacksmith rolled the steel for the pushing pen and we clad this with stockboard. The shedding gates were recycled from old electronic sow feeders. Most of the feeders have rotted away, but these gates seem to be in good order, so have come in handy, as the air rams are already fitted to them.

My next job is to fix up some air pipes and valves and give it a try with some pigs – unless it is a nice day, then the spraying will have to come first.