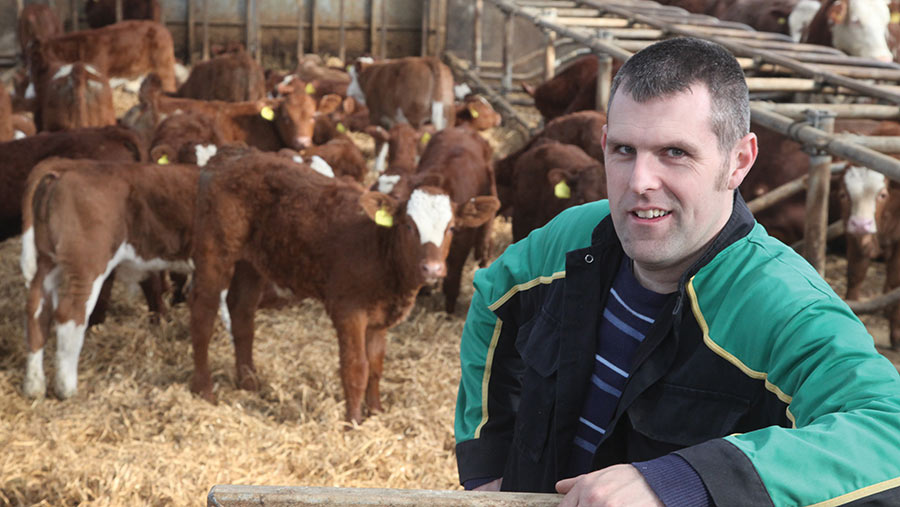 My Dad often says, “you can make good silage on a day that it’s impossible to make hay”.

That was the case again this year. You get a couple of fields rowed up and start to bale and a shower of rain or even fog can finish hay making, but you can still carry on baling silage knowing you will have decent fodder.

I cut about 6ha (15 acres) at a time and try to wilt it for four-to-five days, meaning it takes me three weeks to do my silage.

A self-propelled forager could chop it all in a day, which is fine if you hit a good weather window. But I spent a few years working with a contractor and I’ve seen how silage ends up when you don’t get that weather window.

I think that three weeks is time well spent when it spreads the risk.

I had three fields reseeded in 2019 all on the same farm. They were all the same grass seed mixture.

All had the same amount of slurry and fertiliser applied at the same time.

Two friends who like sheep more than me have told me in the past that sheep make more money than cows and I wasn’t convinced. I may have to eat my words.

The ewes were clipped in early July and were in the best condition ours have ever been in. Lambs were given a bolus at the same time which is a good bit earlier than last year.

Hopefully we will get more of the lambs away fat while the grass is good. Unfortunately, the wool isn’t worth much this year, but cattle and sheep are up on the year.

Fuel, fertiliser, feed and bale wrap are all down in price, so I don’t think we have much to complain about.