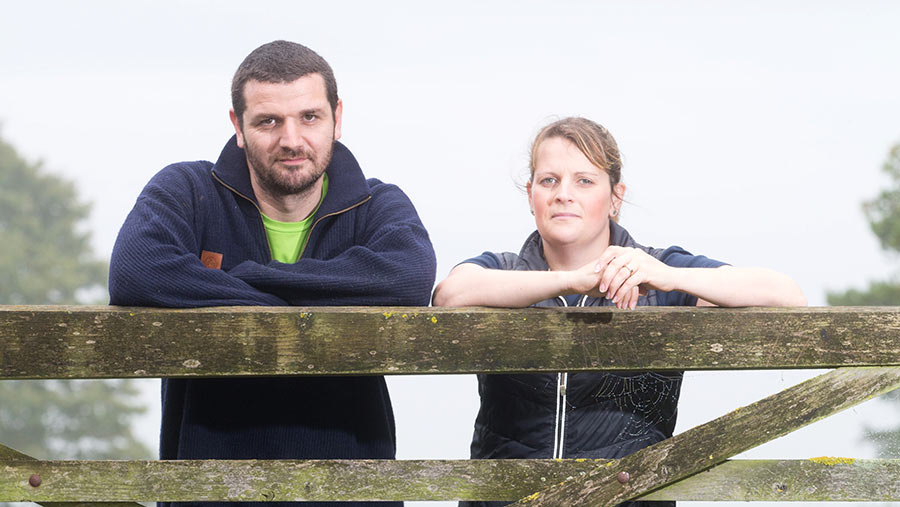 We’re busy tailing, shearing, spraying and building some permanent yards as we write this.

Lambing is finished and the final tally was 10% losses, which was mainly due to flock age coming down, a lower-than-normal scanning and largely the weather – 1mm of precipitation in April.

In April 2018 we were in flood and then rapidly ran into drought. Over the winter we never had our levels topped up and by early April this year the 2-3cm cracks in the soil had returned and grass availability was a concern by the end of the month.

May has bought some relief, with 45mm of rain.  The plantain and lucerne have yet again been heroes when the grasses have given up.

The spring arable crops were all drilled in good conditions and have at least seen some rain this year – but they could do with a bit more.

We have just had anaerobic digestate applied to all the wheats – there are some benefits to living so near to so many people.

We took four days off to go camping last week with the kids – they absolutely adored it. Since our last shepherd left in February 2018, days off and holidays have been very few and far between.

After a long winter of electric fencing, we were both exhausted going into lambing this year.

Halfway through tailing we were both ready to drop and so were our staff.

We’ve had to burn the candle at both ends to get the business to this point and now six years in we feel it’s time to take the foot off the gas.

We have a full-time tractor driver now and a placement student from Harper Adams is on the way, who will be with us for a year.

We want to put some more mental energy into improving the quality of the job we do and making the most of what we’ve got.