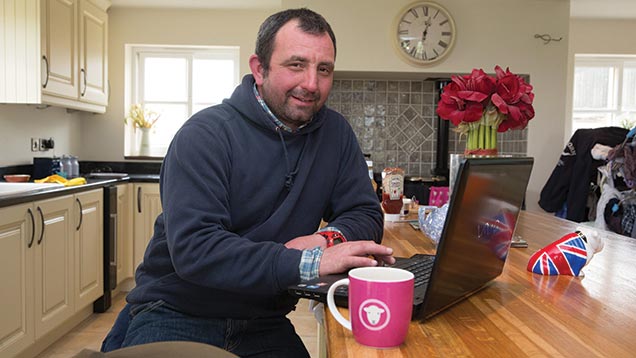 With the routine work such as shearing, worming and fly spraying all caught up with, I could not help but keep to my side of the bargain I made with my wife Sally. She has been begging me for a holiday abroad. I thought it was only fair after all the sheepdog trials she had accompanied me to up and down the country, so we booked a last-minute deal.

I am not opposed to going abroad and I quite enjoy getting away. However, I don’t like all the hassle to get there. I now know how the sheep feel when they get loaded on to the sheep trailer after having been stuffed into a Boeing 737 with two hundred other people.

I’m not the best of flyers; it is nearly like trying to get BA Baracus  from the A Team on to a plane. Sally tried stuffing two hayfever tablets and four pints of lager down my neck to calm me down this year, but to no avail.

I always think a farmer abroad is like an Englishman in New York – sticks out like a sore thumb. The embarrassment started for my wife before we even left the terminal. As I’m not one to stand about trying to find our suitcases in the middle of all the hundreds of black and blue ones, I had tied some baler band around ours at home so we could easily recognise them.

Sally’s headshaking continued on the beach, as all my reading material consisted of Farmers Weekly or an old shepherd book.

My T-shirts were not much better, as they all feature the logo of some plough or wormer that has been on promotion and we bought in the past ten years.

All in all we had a great holiday, but I still feel the best bit of the holiday is the approach to the airport and the look out of the window to see the lovely sight of the patchwork green fields of England. Home sweet home.

James Read farms at Louth, Lincolnshire, in partnership with his father. They farm 400ha of mainly arable land along with 200 breeding sheep and a pack of working/trialling sheepdogs.