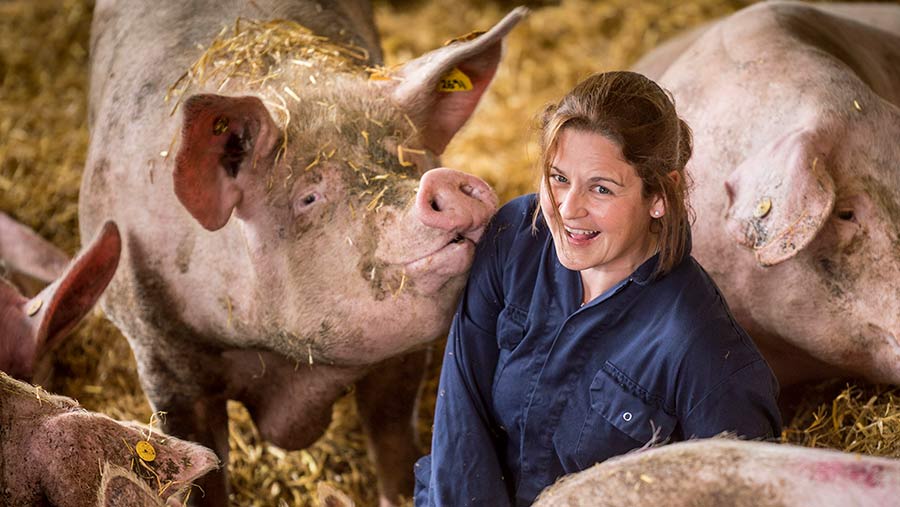 Well, what a month January has been. It has been non-stop and I’m counting down the days until we have a weekend in the Lakes to try and refresh.

Sadly, one of our fieldsmen reaches retirement this year, so although he won’t be disappearing he’s not so keen on working among the bacon pigs.

Who can blame him? Bacon pigs don’t seem to mind who you are.

They see you, run at you and generally try and knock you over or eat you.

After having him in the team since Dad started with pigs he really does have big boots to fill.

He treats the business like his own and until now I’ve been in denial that I must find someone to take on his role.

However, that said we had some great applicants for the job and I’m pleased to say I’ve found someone who will hopefully go halfway to filling his boots.

We received a nice amount of interest for the job.

This makes me think there are young people keen on agriculture and wanting to drive it forward.

I will keep you abreast on how we get on with our new member of staff once he has started in March.

We don’t seem to have seen any sun for a while and although it’s not as wet as last year it would be nice for everywhere to dry up.

That damp feeling is hanging about which only makes keeping pigs clean all that harder.

We have seen some of our finishing pigs looking a little loose and although the pigs in themselves look very well and are growing quickly I was just a little concerned. Surely loose pigs can’t be getting all the goodness from the feed.

Several visits from my vet and nutritionist later and we were still none the wiser. I am interested in water quality.

A lot of pig farmers put acid through the feed or water, which does not seem quite right to me and so I’m trialling a product that cleans the water but is still 100% safe for humans.

We had some water samples taken and the results have reported high sulphate levels.

We are trying to work out if this could be affecting the pigs.

I will again inform you of what we find but it certainly is confirming the importance of water quality and testing it.

Kate Morgan and family farm 1,700 sows indoors in East Yorkshire and 1,200 outdoors in North Yorkshire, taking all the progeny through to slaughter. Kate is a 2012 Nuffield Scholar.