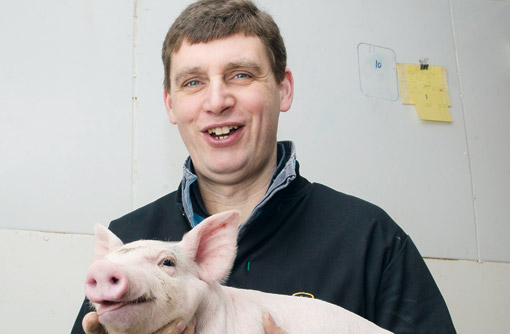 We just spent a week at a cottage in Yorkshire. We arrived on a hot sunny afternoon to find the farmer running around trying to stop the alarms on his chicken sheds from going off.

The following day he said it was not the temperature, but a battery that had been the fault. Nice to see that other people have problems with alarms as well.

We went to the Great Yorkshire Show on the Wednesday. It was not too hot and so better for walking around. There was an impressive show of sheep and cattle, which my son enjoyed, and although not my thing, there were some pretty impressive horses too.

For the first time, I watched pigs being judged. The commentator was excellent at keeping the crowd interested and informed. Six boars were being walked around the judging ring with only a small board and a stick to control them – I don’t know how they all managed to get out alive. The boars are obviously used to meeting other boars, but at home if two boars got together they would fight to the death. However, the judging was completed without mishap and the champion announced.

The weather has been what we asked for – hot and dry, but the spring barley is starting to burn in places. Sun during the school holidays is a rarity so there have been no complaints.

Pigs have been growing faster for the last six weeks. Weaner growth rates are up by 15% to 602g/day and growers up 20% to 820g/day. This seems too good to be true. I have changed the in-eed medication from Tylan to CTC, which may have made a difference.

I also added a plant extract to the feed to reduce tail biting and it seems to have worked, as I have not had any cases since. It has also had an effect on the feed intake, possibly giving us the extra growth.

Finishers are not weighed so I can’t tell how well they are doing, but it looks good as for the first time in years we have an empty pen. Lets hope this boost in growth continues.