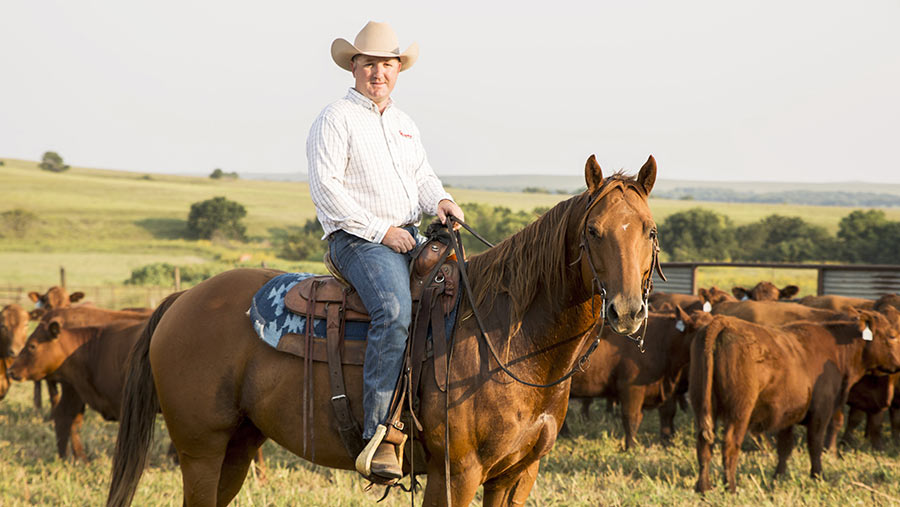 October was an important month for transatlantic relations.

Despite the US starting trade wars and the UK continuing to unravel Brexit, our countries were able to formalise one trade deal.

We exported my sister to England where she married a farmer – Edward Wise, aka Prince Edward. Congratulations, you two.

Since moving to England, my sister forgot that October would be a terrible wedding month, as my brother Chris and I would have to stay at home.

See also: 5 reasons why US ranching is not for the fainthearted

We were busy weaning spring calves, fall calves were being born, and we were shipping bred heifers that we had contracted through the summer.

We also tried an online-only registered heifer sale for only the second time. It is much cheaper than a live auction, which is good for a down year like 2019.

Clearance rates were good and feedback was positive, so we will probably do it again next year.

The markets continue to be a struggle for US producers. Thank goodness I don’t have crops.

After the early flooding in June, our neighbours got their replanted corn and beans in late.

Three weeks ago, we had a very early, hard frost, which killed everything prematurely. So 2019 can’t end soon enough for the row croppers (arable farmers) in Kansas and much of the Midwest.

The cattle market futures have recovered since the packing house fires, when cattle prices were pushed down.

Most of the recovery is on speculation the Chinese will be forced to buy US pork and beef due to African swine fever in China.

Whether or not there is any merit to this is another thing, so it is hard to get excited when we all know we are being used as pawns in the larger trade war game between Trump and China.

It will really get interesting if/when African swine fever arrives in the US.

There are so few independent pig farmers here that there could be a scenario where huge corporations – including Chinese-owned Smithfield – are hurt, and independent cattle producers win.

The damage inflicted on cattle producers by the large meat corporations has been so bad that there are hushed conversations in sale barns and coffee shops hoping this actually happens.