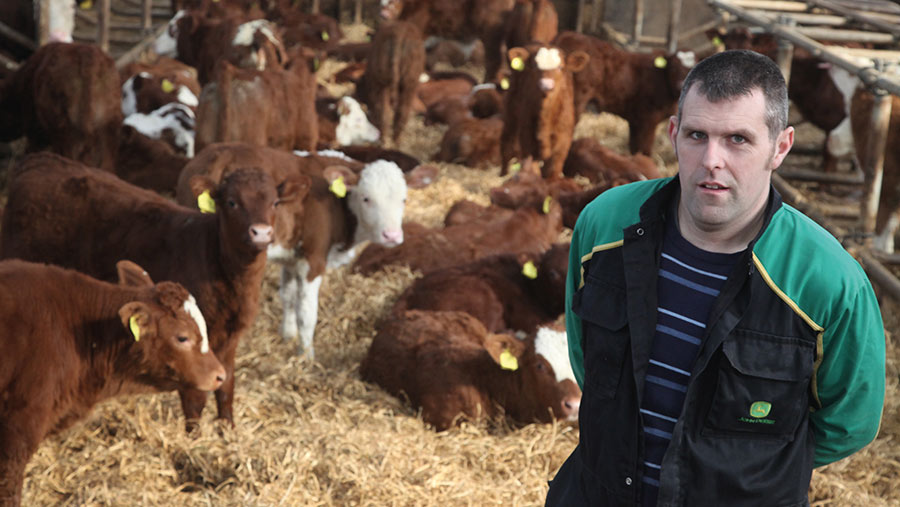 I’ve often heard my neighbour say of the weather, “a long time fair can be followed by a long time foul”.

This sums up the weather here. Driving the heaviest vehicle over the wettest parts of the farm in the summer is a distant memory.

I finished ploughing on the few days it wasn’t raining during October and early November. We’ve had a much wetter time of it than further south.

We bought three grass-fed Texel tups from a well-known farmer in the Scottish Borders. We have given them 50 ewes each – more than ever before.

See also: Advice for buying rams based on EBVs

We are relatively new to sheep farming. I’m a great believer that we can learn the most from other farmers and I’m fairly sure my friends will be tired of being asked questions.

When you ask how many ewes a tup can run with, the answer can range from 20 to 100. Time will tell if we are brave or cautious.

The last cows were housed in the third week of November. Steer calves were lighter than last year, but heifers were heavier.

Overall, the average was 3kg less than last year at 338kg with no creep at about 230 days of age.

We had a few sets of twins and limited mortality, so the cows have produced 94% of what went to the bull. I was very pleased with that, but it’s never long until something bursts your bubble.

We scanned the cows the next day at 92% – the poorest we’ve had for a few years. Empties were in every bulling group (so it’s not bull trouble) and no first-calved cows were empty.

We have always calved at two years. It’s a subject that can ignite a lively discussion. People do what suits their farm and cow type, but over the years I’ve heard some interesting quotes.

One comment I’ve heard is: “If we have to start calving our heifers at two in order to make our cows profitable, then we might as well give up.”

On the other hand, I remember a farmer who was brought up on a mixed beef/dairy farm saying:

“I didn’t realise calving heifers at three was an option until I went to agricultural college and heard students speaking about it.”