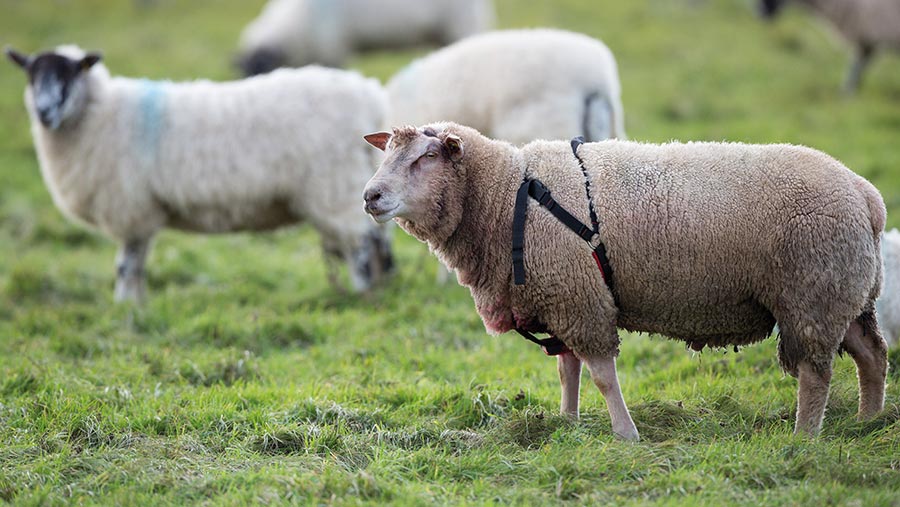 Ram selection is key to a successful sheep enterprise, with trials showing that the right tup can be worth an extra £600 over his working lifetime.

With 50 years’ worth of performance-recording and new data from the RamCompare national progeny test, it has never been easier to select the right sire for an individual flock, says AHDB genetics specialist Samuel Boon.

With wider use of computerised tomography (CT) scanning for predicting carcass composition, and reliable performance recording data, there is no reason to take a gamble based on appearance alone.

Below, he gives advice on selecting rams with the right estimated breeding values (EBVs) for your farm.

Advice for selecting traits: Where to start?

Farmers should first consider which EBV matters the most to their business and select rams accordingly.

Selecting rams with the right combination of traits should be a good match for business profitability, but remember that a ram’s EBVs should be halved when estimating how much of his genetic potential will be passed to his progeny, as the other half will come from the ewe.

Breeding information is often displayed on charts with the central line representing the average level of performance within the breed. The charts will list EBVs, indexes, and accuracy values.

The data has also shown that EBVs for superior muscle depth and gigot muscularity enhance carcass conformation. Fat depth EBV is a good indicator of the fat classification achieved by sire progeny.

Progeny performance data from RamCompare is already being used by Signet to enhance existing EBVs and support research to develop new ones for traits such as days to slaughter and carcass conformation.

CT data, which is funded by levy organisations such as AHDB, has also played a pivotal role in the improvement of terminal sire breeds.

CT measurements show the weight of fat, muscle and bone in the carcass; the distribution of muscle, including the percentage of muscle in the leg, loin, or chest; and spine length and vertebrae number. Intramuscular fat percentage and gigot shape are also measured.

This raw data is used by Signet Breeding Services to create nine EBVs that can enhance carcass yield and shape. 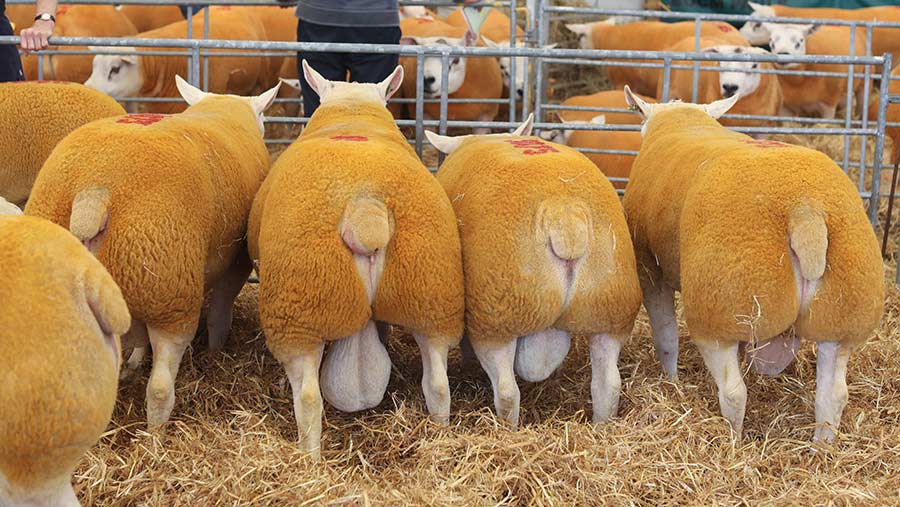 Breeding values for traits influencing carcass conformation should be considered, too.

Some traits are breed-specific. For instance, the Lleyn and Scottish Blackface have EBVs for lamb survival, a trait that has high economic importance.

Another economically important trait is ewe longevity – it is a trait that considers the length of time when the ewe is productive in the flock, so it is actually an indicator of reproductive lifespan within a flock.

New breeding values for ewe mature size, which have been developed as part of research funded by AHDB and the Centre for Innovation Excellence in Livestock, are being introduced to enable breeders to limit future increases in ewe mature size.

What to ask a breeder when buying a ram

Independent sheep specialist Kate Phillips advises on what to ask ram breeders and what quarantine procedures to carry out.

From vaccinations and fly treatments to nutrition and management, it is helpful to know as much as possible about a ram’s history.

There is no recognised document for cataloguing this information, but it would be a useful tool for ram buyers to have. Such a “clean bill of health” would be really useful, although it wouldn’t be a guarantee.

What information should the document contain?

See also: How to correctly diagnose and treat the main causes of sheep lameness

Sustainable Control of Parasites in Sheep (Scops) launched its new quarantine treatments guide in August. The key points are: