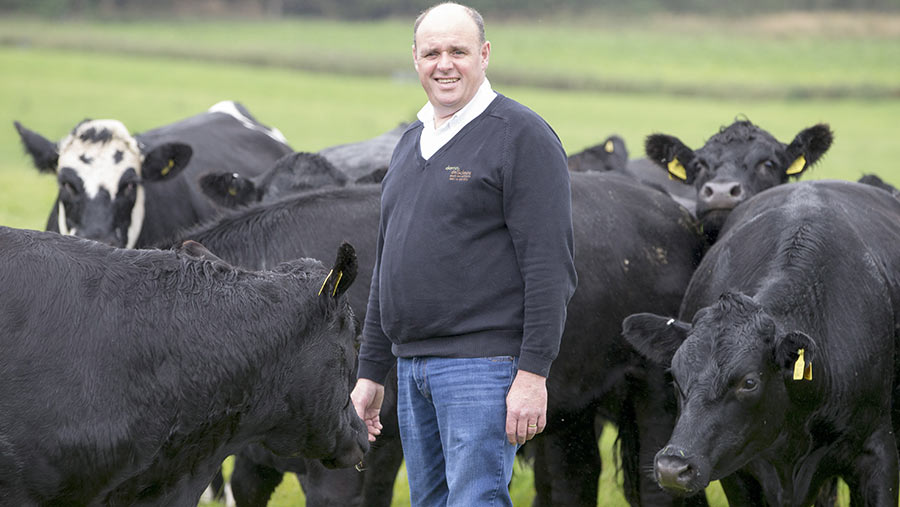 I have never been so short of fodder as I have been in the last 12 months. This winter I lost most of my kale crops and while we had plenty of grass at the beginning of the summer we never had a surplus, which is unusual.

I have only cut one paddock of surplus grass that got away from the cattle this year. Cattle are all still in rotations but some days they are going into covers that are “maintenance” at best.

I am now killing surplus cattle that I don’t need for the shop and believe some of the disappointing weights are down to the tough winter. Fat covers are still good and grades are as expected.

For many, the solution to a lack of forage or poor-quality forage comes in a big shiny feed lorry and I used to be in that camp. Nowadays, I would rather look for a solution in the field – more forage, better forage or both.

For the last few winters I have been disappointed in young cattle growth and decided it was down to a lack of protein. My adviser suggested I feed soya; I went a different way.

This year I went back to a mixture of barley, oats and peas for my whole crop and I added red clover to the high sugar grass undersow. The idea is that the red clover, peas and oats will produce a higher protein silage. I am also trying to solve another problem with the inclusion of the red clover – finishing tail-end lambs.

The aftermaths, after the whole crop is off, should be full of red clover – rocket-fuel to lambs.

I have never regretted a pound invested in seed or fertiliser or soil health but have nearly wept at the sight of another feed bill.

It’s nearly the end of the school holidays and Michelle and the kids, and me on a few days, have had a fantastic time – beaches, paddling pool in the garden, days out, just proper family fun.

As usual, I look back at the school holidays and I think I could have spent more time off with the family.

Michael Shannon is a Farmer Focus writer from Lanarkshire. Read his biography.