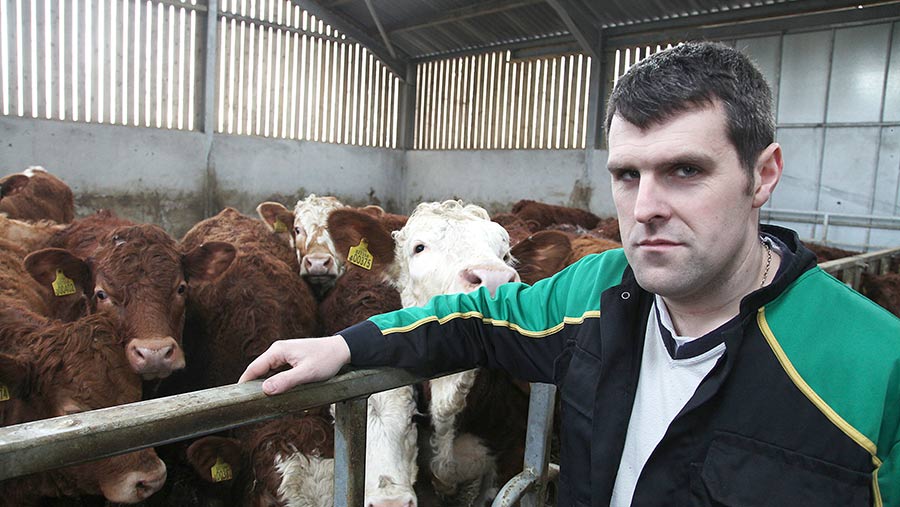 In late August, the grass really needed rain. However, the farmers who were harvesting on Orkney didn’t want the rain to come and spoil what were ideal harvesting conditions are the start.

The rain came in early September, and so did the grass. It was noticeable how much faster the cows were eating the high-magnesium licks.

Most of the harvest across Orkney is complete now. As I write this, it’s pouring with rain.

The majority of our lambs went off as stores in the second week of September. They averaged £66, which is better than last year.

The Zwartbles-cross lambs are usually about £10 less than white lambs, so two Texel tups have been bought.

We have also acquired another 50 Shetland cross Cheviot gimmers, which are housed just now, learning the taste of silage and concentrates, so they know what it is in the run-up to lambing.

We have about 20 barren cows to go off this winter, so I thought a few more sheep will help to make up for the calves we won’t have to sell next year.

If someone had told be about Zoom meetings a year ago, I would have thought they were from another planet, but unfortunately they are part of our lives just now.

To date, I have been invited to five Zoom meetings with NFU Scotland.
The first event went fine. But the second one was a struggle, because my internet connection was too poor to even allow me to take part. During the third session my internet cut out halfway through. Then I decided to switch to using my phone for the fourth one. Although phoning meant nobody could see me, this was possibly not a bad thing.

I dialled into the last meeting with confidence, thinking I had found a system that worked, only to find out that myself and some of the other callers were on mute and it didn’t matter how many times I pressed the unmute button, no one could hear me.

So, when I was asked to be one of the speakers for a webinar on beef productivity, I was a little nervous. Thankfully, my bit was recorded, and I just had to dial in for questions at the end. All went well, and it was great to get questions and so much feedback from farmers and vets from as far afield as Devon to the north of Scotland.