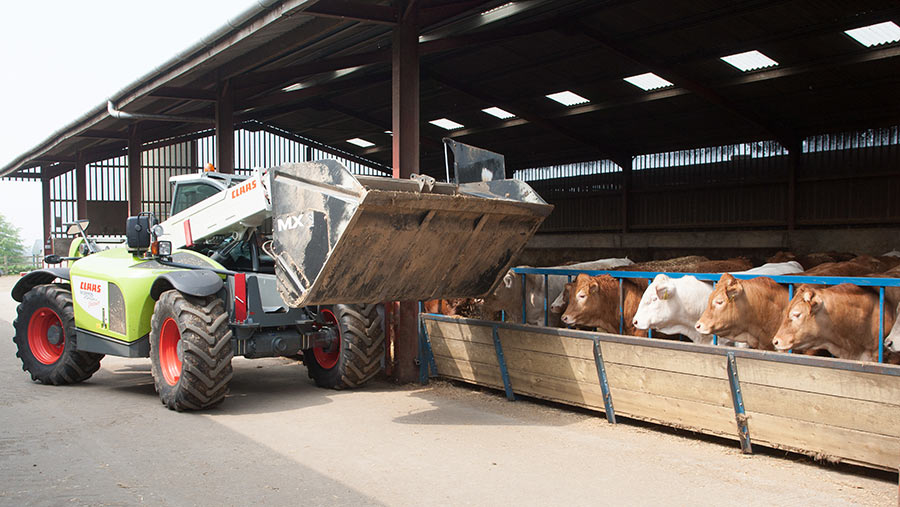 Seven out of 10 livestock farmers are concerned about the possibility of tighter availability or higher prices for certain bought-in feeds this winter – based on factors of Covid-19 and potentially reduced cereal yields after the difficult season.

And a near-identical proportion (67%) of those growing maize feel that doing a good job with the crop will be extremely or very important this year in response to these issues – or to grass silage shortfalls (70%).

Those are the findings from a new Volac survey conducted among nearly 200 livestock farmers this summer.

Results revealed that 80% of respondents growing maize are looking to improve the crop’s conservation.

Key ways they are looking to achieve this include:

“Clearly, there is a desire to reduce maize DM and nutrient losses after the challenging season,” says Peter Smith of Volac, who advises farmers on silage-making best practice and sees some of the common pitfalls.

Mr Smith talks through five steps to making the most of maize this season.

1. Harvest at the correct stage

Often, maize is not considered ready for harvest until it dies back, when in reality it should be harvested sooner – when DM and starch contents both reach 30-33%.

Higher starch levels are nice but if these are achieved by allowing green leaves to die back, it will have been at the expense of digestibility and energy. In the run up to harvest, maize dries out by about 2% per week.

By determining its baseline % of DM during this period using a microwave test, you can estimate how many weeks until it reaches the optimum 30-33% DM to more accurately book your contractor for the correct stage.

Trials show that Lactobacillus plantarum MTD/1 – the fermentation bacterium in Ecosyl additives – reduces DM losses by 50%. So treating with MTD/1 has the potential to save 4-5% of the DM.

Grass with this level of contamination would almost certainly be treated to improve the fermentation.

Maize silage will cause DM losses if it heats up due to the activity of yeasts and moulds in the presence of air, so good consolidation and sealing to provide airtight conditions are vital.

The use of a dual-action additive to improve fermentation and aerobic stability is a key consideration for reducing overall losses.

Ecocool, for example, containing MTD/1 for fermentation, and a second bacterium, Lactobacillus buchneri PJB/1, that produces acetic acid to inhibit yeast and mould activity, have been shown to keep the clamp face cool for more than 10 days.

Do not be tempted to skimp on consolidation. A rule of thumb is that silage at 30% DM requires 25% of its weight arriving at the clamp/hour to consolidate it. So even a modest 100 tonnes/hour requires 25 tonnes, which is at least two machines rolling it constantly.

Fill clamps in layers no more than 10-15cm deep and at a maximum angle of 20deg to the horizontal. This will get maximum benefit from the weight applied.

5. Sheet and weight to keep out air

Always use an oxygen barrier cling film sheet on top of maize.

Before filling the clamp, line the walls with side sheets all the way down to the floor and big enough for a 1m overlap on top of the oxygen barrier sheet.

For the top sheet, often a good quality, multi-layered black sheet can be stronger and more flexible than a thicker sheet and will more easily follow the clamp contours.

A heavy, woven sheet over the top is important to protect against damage, but don’t rely on this solely to provide enough weight.

The more weight that can be added on top of this, the less wastage that will occur. The reason clamp bases rarely heat up is because the weight of the silage above has squeezed out the air.