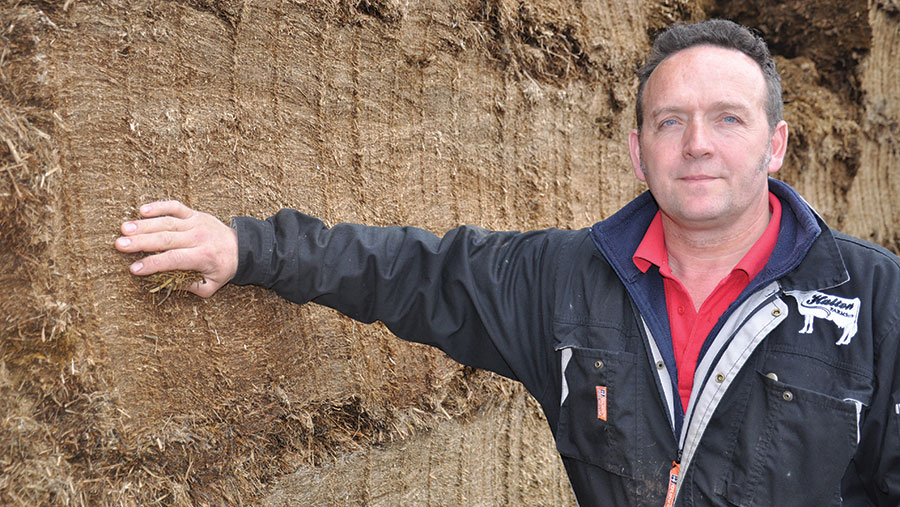 Cheshire-based dairy farmers Tom and Karen Halton have reduced ration costs by 0.5p/litre in their 530-cow herd and lifted milk from forage by 500 litres to 3,000 litres a head.

The improvement came after the couple, who run Halton Farms with their son, Jack, at Chance Hall Farm, near Congleton, carried out a free silage audit under Volac’s Cut to Clamp initiative two seasons ago.

This highlighted areas for improvement. Since then, they have taken a number of steps to help tighten their silage production and feed-out practices.

But not content with stopping there, they are targeting 4,000 litres from forage and would like to reduce feed costs by 2p/litre in total. They were inspired to switch to a multicut system this year after a trip to Holland.

“We went to Holland in December 2018. They make fantastic silage and have their feed rate down at 0.25kg [per litre of milk],” says Mr Halton.

The Haltons shared the secrets to their success so far.

Old system Grazed half the herd and buffer-fed them.

Change Once cows are in-calf, they move into the low-yielding group of about 120 cows and are just allocated grass.

The Haltons put in tracks and water troughs to facilitate improved grass use on the 28ha grazing platform.

Game changer Having the confidence to stop buffer feeding. “Now they are running off up the track because they are getting fresh grass rather than rushing to come back into the feed trough. It was our mindset, as much as theirs’,” admits Mr Halton.

2. Switching to a multicut system

Change Last summer, the Haltons bought their own forage wagon and now take five to six cuts of grass every six weeks.

This means the farm can cut the grass when it is ready, and this has facilitated an increase in chop length from 25mm to 50mm to prevent clamp slippage.

Grass is tedded straight after mowing to achieve a rapid wilt, and they leave the outside row nearest the hedge to avoid soil contamination. They aim to pick it up within 24 hours of cutting. 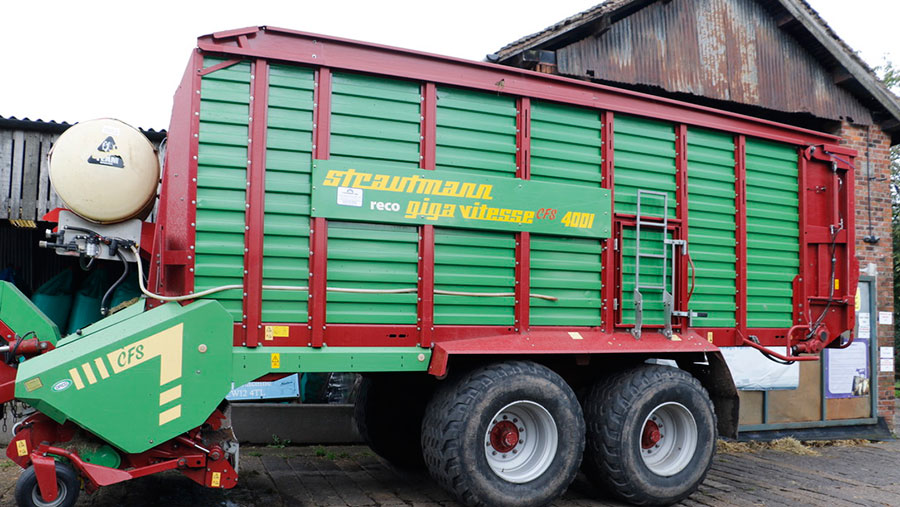 Game changer “My part of the operation now is to go around and make sure it’s all done right. I can’t believe so many people leave it in the hands of the contractors and walk away,” Mr Halton says.

The Haltons get everyone involved in the silage-making process with a meeting pre-harvest around the kitchen table to ensure all staff understand what they are trying to achieve and know their roles.

“Some of the best time a farmer can spend is actually not to be involved in the process, but jump on the quad bike and keep an eye on things,” says Volac’s Peter Smith.

Old system During the 2015-16 season, when the milk price was poor, the Haltons stopped using an additive to cut costs.

Only a single topsheet and cling film was used to sheet the clamp, and not enough time was spent on compaction.

Change The clamp is now filled in thin, 10-12.5cm horizontal layers and the Haltons use a loading shovel and tractor to ensure there is enough weight to roll the pit to achieve adequate compaction.

A double barrier sheet is used. The top sheet has cling film glued underneath it and the side sheets extend all the way to the floor and fold over 1-2m on the top of the pit. JCB tyre side walls are used to weigh it down, which don’t hold water and are easier to handle than tyres.

The family have also reintroduced an Ecosyl additive.

Game changer “The cling film was difficult to put on in the wind. The new sheet is a bit dearer, but you don’t have to put two on and sheeting up takes half the time,” says Mr Halton.

“We stopped [using an additive] during the bad milk price year of 2015-16, but it was one of the worst things we did. Someone said when you’re having a hard time, the field or the cows shouldn’t know; it stuck in my mind.” 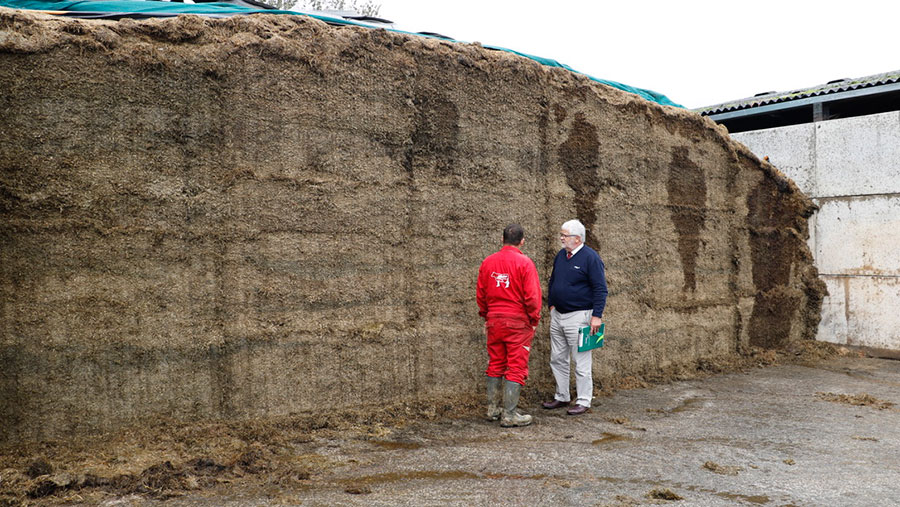 Change The Haltons now use a BVL Facer, which has a scissor action. The shear grab created wedges, which meant water held on steps on the clamp, but this cuts it cleaner.

The Haltons also purchased a new precision feed app called CowConnect, which links up to the weigh scales on the mixer. It allocates daily mixes and records feed accuracy. 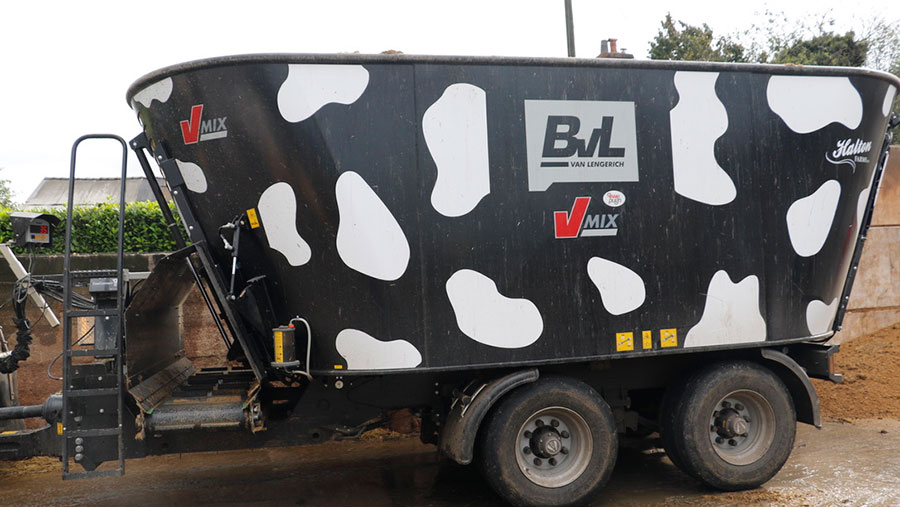 After a Cow Signals trainer demonstrated there was too much undigested fibre in the ration, the Haltons switched to feeding twice daily using a BVL tub mixer and were rewarded with a 1 litre a cow increase in milk overnight due to the ration being fresher and better mixed.

Game changer The cloud-based app gives everyone access to the ration – from the nutritionist to the people delivering the feed.

It has enabled the family to compare feed-out consistency and allow quick and easy changes to be made to the ration. 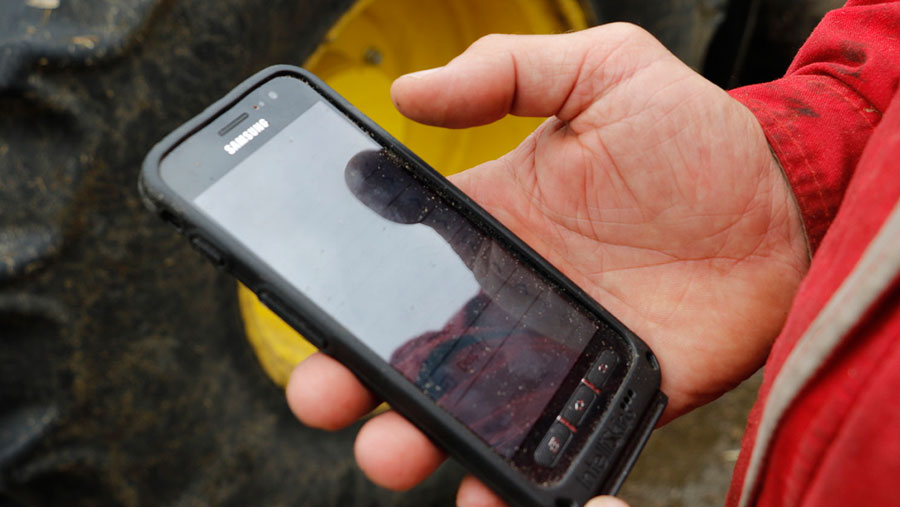 Change Pastures are being rejuvenated by slot-seeding to improve productivity.

The Haltons are using high-sugar grasses with good vigour to allow the new seed to compete with already-established grass.

“Last season, after the last cut we slot-seeded about 60ha. Whole reseeds are expensive. We prefer autumn reseeds to give the seeds a chance to compete with established grass.

“The only time we will do a full reseed is if we are putting something after maize.”

“We’d like to try to make better use of slurry and apply less nitrogen so we can cut early without having to worry about nitrogen residuals in the crop,” says Mr Halton.

“In Holland, they were making some really top-quality silage by cutting lots of smaller plants.”