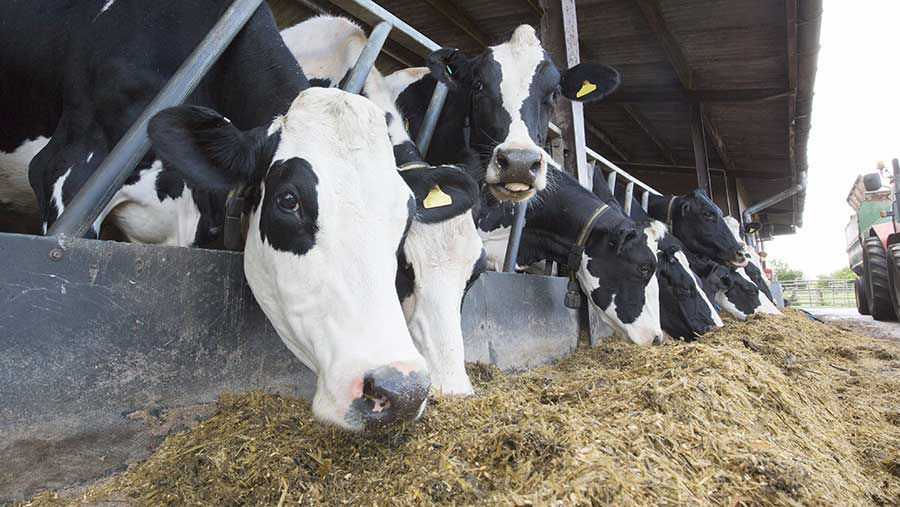 Farmers are being urged to look into sourcing alternatives to sodium bicarbonate, with shortages in supply pushing prices of the product up by £80/t to £300/t.

Carbon dioxide is an essential component in the manufacturing of sodium bicarbonate and therefore the carbon dioxide shortage has tightened supplies. This has also coincided with interruptions to supply in Europe and China, while two new lines expected to come into production in Turkey have also been delayed.

Bicarb is an alkaline substance used to neutralise acids in the rumen. It is a natural buffer produced by cows in their saliva. Provided there is sufficient forage in the diet, cows can produce up to 5kg daily, but most cow diets require additional buffer, as ingredients such as silage and cereals can be acidic.

Farmers will struggle to source supplies and should look to use other buffering agents to maintain rumen health, advised Robert Jones from UFAC-UK.

Mr Jones said buffers based on glycerol will be particularly effective. He explains that like other buffering agents, they help maintain optimum rumen health and fibre digestion, thereby increasing dry matter intake. At the same time, they supply glucose direct to the liver to drive up milk production, which will be particularly important in fresh-calved cows this winter.

However, with prices typically at 20p a head a day – 10p more than bicarb, it may be best for farmers looking to save money to target it at fresh cows only.

High dry matter forages made this year will reduce acidosis risk, but higher levels of concentrate being fed and heat stress can increase risk.

Independent nutritionist Hefin Richards of Rumenation said marine algae-based products and blends of buffering salts are now widely used and these will be a good alternative too, since feed rates are lower than sodium bicarbonate.

Kite consultant Will Jones said instead of looking at feed efficiency, farmers should aim to maximise income over purchased feed costs.

He said farmers compact feeding could challenge removing buffers as water has a pH of 7, which helps to increase rumen pH.

He added: “There’s lots of alternatives [to sodium bicarb], but the main one is to try to balance diets as best you can.”

Algae products can be an expensive option and other alternatives are available, he added.

He also warned against reducing sodium levels in diets below 0.4-0.45kg/day for milking cow diets, as this could compromise milk yields.

“Be wary of reducing salt levels – particularly at the minute while temperatures are hot. Cows lose sodium and potassium through sweat – if you don’t replace it, you will reduce milk yield. You also need to make sure cows are drinking as much as possible.”