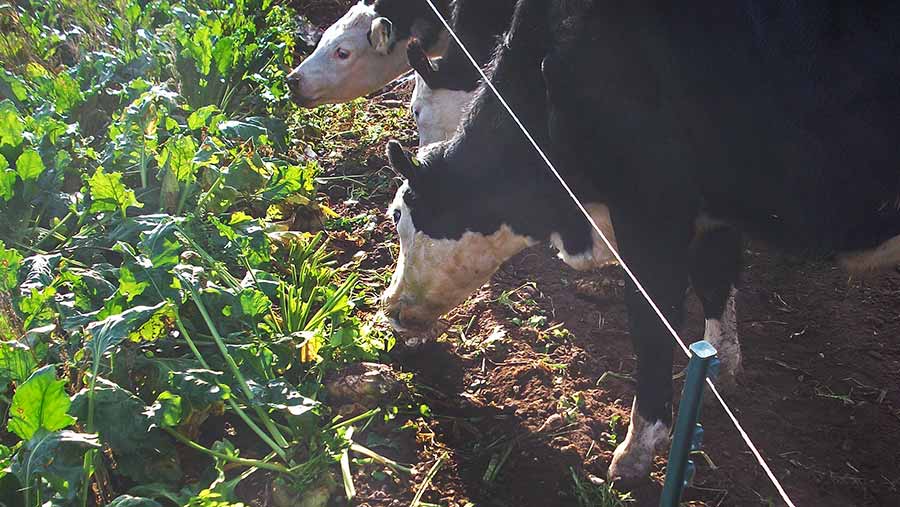 A project at Harper Adams is investigating if it is feasible to finish dairy-bred beef calves on forage alone.

The project, led by Adas and funded by AHDB Beef & Lamb, aims to develop low-cost dairy beef production that relies predominantly on home-grown forages. The work is being supported by the Hereford Cattle Society and Dunbia.

The trial has consisted of three main phases to date:

Now 20 months into the trial, and with the animals being finished at grass, we visited the university for a third time to get an update on progress.

We found out how the animals performed after a winter outside grazing fodder beet and how their final summer at grass is going so far.

Cattle finishing dates have been delayed by one month as a result of low daily liveweight gains of 0.34-0.45kg this winter due to the horrendous late winter weather.

Originally, the plan was to finish all steers by June-July off grass, but low growth rates between December and April, when cattle were outwintering on fodder beet, has slowed progress slightly.

However, growth rates have recovered significantly since steers have been turned into their paddocks for their second summer at grass, with weight gains hitting 2kg/day.

Phenomenal crop yields of more than 28,000kg of dry matter (DM) a hectare for both roots and leaves and energy levels of 12.8-13.4MJ ME/kg DM left researchers hoping cattle would accomplish weight gains of 0.7kg daily on the fodder beet.

However, the atrocious weather brought by the “Beast from the East” hampered crop use and increased energy requirements, with cattle growth rates plummeting to 0.24-0.39kg a head daily between December and April.

Harper Adams beef specialist Simon Marsh, one of the researchers involved in the trial, said: “The disappointing daily liveweight gains on fodder beet from December to April are likely to be attributed to the atrocious weather. Two ‘Beasts from the East’ meant conditions were challenging.” 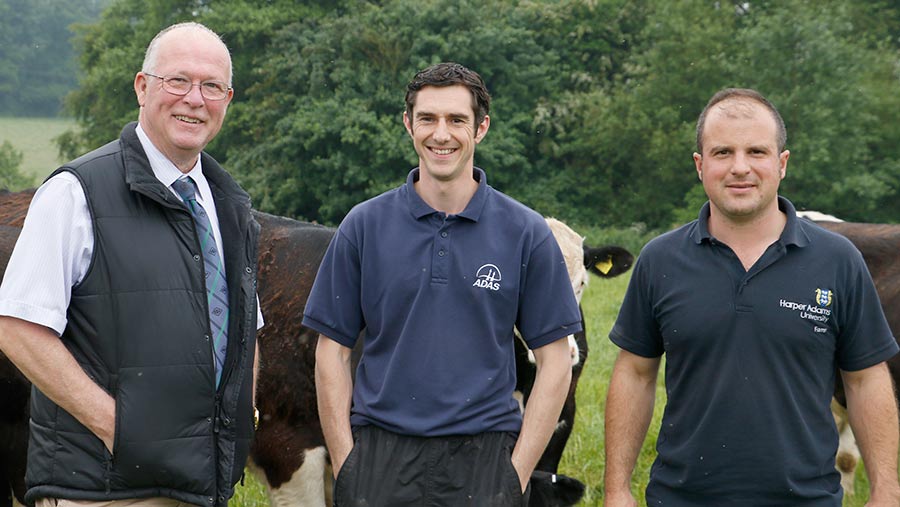 The electric fence was initially moved just 1m a day during the first few days of transition, with the amount of silage offered reduced as fodder beet allocation increased over the three-week period. The cattle were also given a trace element bolus.

For example, on day one cattle were fed 1-2kg DM a head of fodder beet and 8kg DM of silage. Fodder beet allowance was increased by 1kg DM every other day until week three, when it was offered ad-lib with 2kg DM of grass silage. Bales were provided every other day which were already laid out in the field in lines.

As cattle were already on a forage diet, they got used to the crop extremely well, with only one animal having to be held back for one day on grass to allow recovery from gorging, said assistant farm manager Chris Ruffley, who has been carrying out the day-to-day work.

Crop use averaged 87% up to mid-February, but this fell to 30-50% when the snow and cold hit, which resulted in the crop getting muddy and intakes of baled silage doubling.

Adas consultant Marc Jones, who has been overseeing the trial and also outwinters 300 cattle on 20ha of fodder beet at his home farm in Welshpool, said this picture is reflected across the country.

“A lot of farmers have had to do more work back-fencing to stop animals poaching the field.

“At home, we moved temporary water virtually every day and back-fenced. The vital part is having bales in the field because you can’t get into the field otherwise, and flexibility is key.

“If we had a wet field we moved cattle into the next field. However, on a smaller size [like at Harper] you don’t have that flexibility.”

Coping with the challenges

In March, straw bales were put in the field to create a pad for cattle to lie on as ground conditions became very poor.

Mr Ruffley says the winter was a stark contrast to the previous one, when they wintered 40 in-calf heifers on 10ha of kale and had no problem with crop use or poaching.

“I think if we did it again at Harper Adams we would need a lower-yielding crop and a much bigger area to cover the ground quicker to minimise poaching.”

However, the damage to the soil was largely in the first few inches of ground, says Mr Ruffley, who ploughed it and planted maize at the beginning of May. 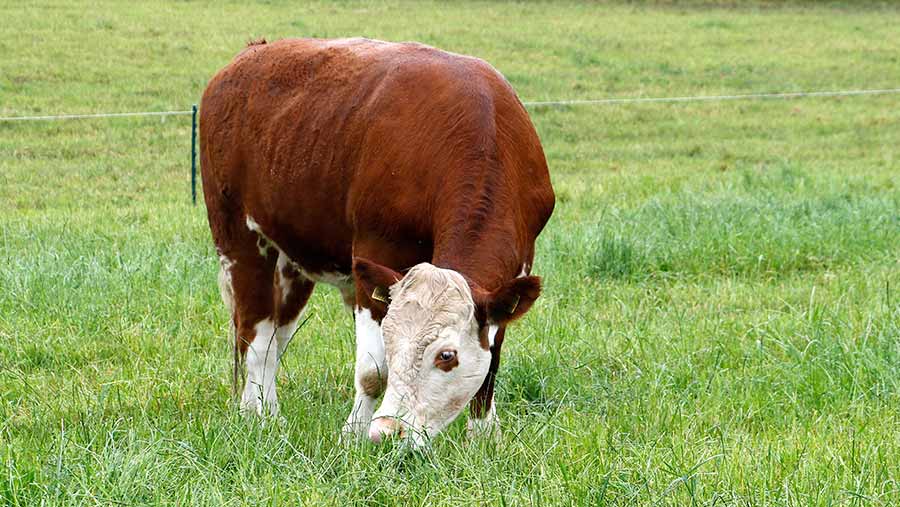 Cattle were turned back into grass  on 8 April –  one month later than last year – with the first 10 days spent on permanent pasture to allow the rotational grazing platform time to build up sufficient grass covers.

Mr Jones and Mr Marsh expected significant compensatory growth would occur due to the modest growth rates on fodder beet and they were proved right.

So far in the first 50 days at grass, Hereford cross Holstein Friesians have grown at 1.95kg a day and now weigh 556kg, with the pure dairy animals beating this at 2.06kg to average 528kg.

Mr Marsh believes the high daily liveweight gains are down to massive compensatory growth due to high-quality grazing and the modest growth rates on fodder beet.

“The challenge will be getting fat cover on the black and whites,” predicts Mr Marsh.

“We are probably going to have to feed 5kg of barley or maybe stock feed potatoes, but that depends on the next few months and how well they perform.”

Farmers Weekly will be back to see how the animals have performed in the early autumn, when we will also look at killing-out percentage, fat class and eating quality.