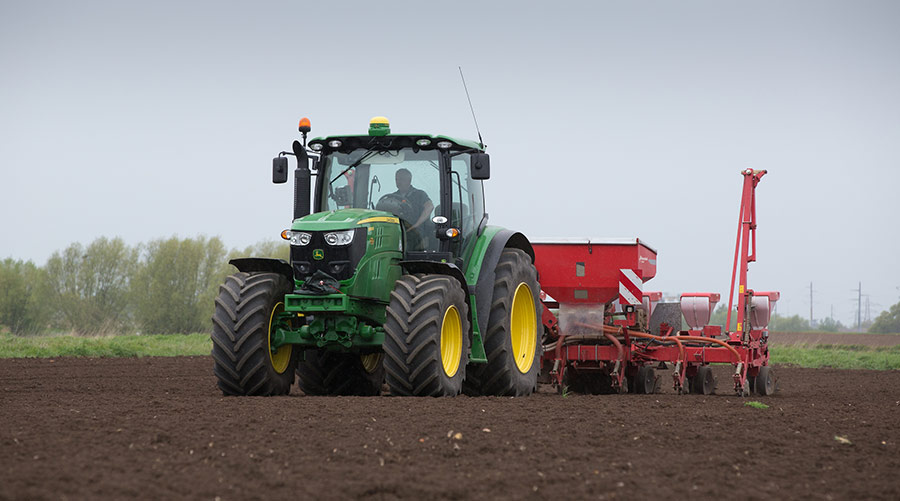 Growers are being advised to base maize drilling depth on soil conditions and moisture levels and sow maize as soon as conditions permit.

At one of Wynnstay’s maize observation sites in Cheshire, a drilling mistake revealed interesting results.

“By error, when the headland of the field was drilled, the seed in one drill-row was planted at a depth of 4in, compared to all the other units on the drill sowing seed at 2in deep.

“But the seed that was drilled deeper actually resulted in plants growing to a normal height, whereas those drilled at the more usual depth of 2in only reached a height of about 4ft.

The deeper drilled plants had better access to moisture during establishment in the dry heat of last summer and so performed better,” Dr Pope explains.

His advice is to:

Earlier this year, John Morgan of the Maize Growers Association (MGA) echoed this advice when he highlighted that in 2018, growers who drilled maize crops early and into well-structured soils saw the best results.

His advice is to ensure soil is in the best condition possible and to consider subsoiling before drilling to alleviate any compaction and ensure seeds are being sown into a good, fine seed-bed.

Growers should be targeting a pH of six and P and K indices of two, he advises.

He says it is crucial to not get hung up on drilling or harvesting on specific dates and instead, drilling should be based around soil condition and temperature.

For optimum drilling conditions, soil needs to be 8C first thing in the morning for four or five days, he advises.

Next season and seed treatments

In future, if seed treatments are restricted, it could actually be that later drilling is advised.

This season growers still have access to Mesurol (methiocarb) and Sonido (thiacloprid). However, Bayer has said it is looking “increasingly likely” that the licences for those treatments will run for the last time this year, due to regulatory challenges.

Therefore, later and deeper drilling may help evade scavenging birds without too much impact on yield, attendees at the MGA conference were told.