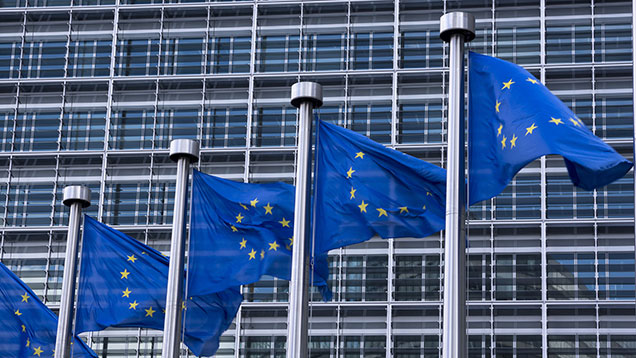 The NFU has voiced its concern over a European Commission proposal to hand member states the power to ban imports of  GM feed and food.

The existing system, under which the commission approves feed and food containing GMs for use across Europe, would not change.

But at a meeting in Brussels on 22 April commissioners proposed laws that would allow individual members states to restrict the use of GM ingredients or ban them from use altogether.

See also: Europe lagging behind all other continents on GMs, report shows

The NFU warned that national bans on imports would disrupt trade and threaten the single market, pushing up costs and damaging competitiveness across the whole supply chain.

The union’s chief science and regulatory affairs adviser Helen Ferrier said: “Approval of GM feed and food must remain at an EU-wide level and must be firmly based on sound scientific evidence.

“Any increase in price of feed would put significant strain on food producers and would risk making the EU uncompetitive.”
Helen Ferrier, EU chief science and regulatory affairs adviser

“Feed is a major proportion of farm production costs.

“Pig and poultry sectors are especially vulnerable, where feed is 55-65% of cost of production.

“Any increase in price of feed would put significant strain on food producers and would risk making the EU uncompetitive.”

She added that the EU was almost entirely reliant on imports for its protein feed requirements, most of which were GM.

“National bans would seriously compromise many member states’ ability to produce pig and poultrymeat, leading to greater imports from outside the EU,” Ms Ferrier said.

“The practical and logistical difficulties of the proposal would make it extremely disruptive and costly, if not impossible, to implement.”

“The trade in GM feed is very well established across the whole of the EU, and is very different from the growing of GM crops. It would be unworkable to try to operate national bans for food and feed as have just been introduced for cultivation.”