One Dorset farm has updated its Johne’s control strategy to include feeding artificial colostrum to heifer calves and is consequently on track to eliminate the disease in the next three years.

The unpredictable nature of Johne’s disease means the Percy family have decided feeding replacement heifer calves natural colostrum from any animal is not worth the risk and have instead started feeding an artificial product.

They subsequently realised this was the reason for a number of cow deaths around calving, along with various other health issues. 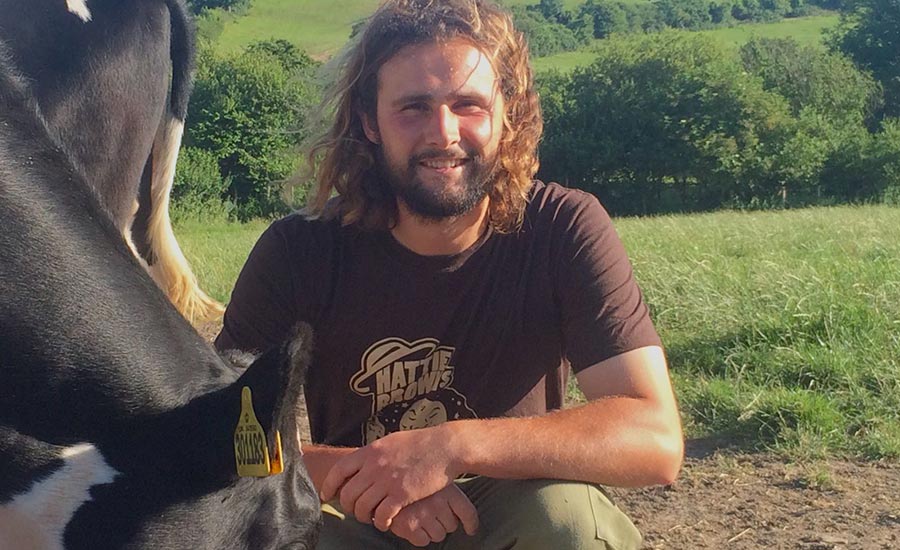 Colostrum from Johne’s positive cows was also disposed of and only quality colostrum from older, Johne’s negative animals fed to calves. However, despite doing this, some heifers were still testing positive for the disease, suggesting they had been infected around birth.

Calving is a key risk period, with the stress of the event often causing animals to shed the disease, and faeces posing a main route of infection for newborn calves.

Vet Dave Coombes, from Cedar Farm Vets, says the fact milk testing for Johne’s occurs around four times a year and cows that have tested Johne’s negative can quickly and unpredictably start shedding the disease, means that colostrum always poses a risk.

He explains: “Even if you keep known Johne’s positive cows in a separate area at calving, there’s still a chance that an animal that tested negative at the end of their last lactation could start excreting it at the start of the next lactation. Johne’s is not a disease which is guaranteed to follow a predictable pattern.”

Tom Percy says that although older cows that have always tested negative may be presumed to be clear of the disease, in his experience, fifth lactation cows can suddenly test positive.

This means their colostrum could well have posed an unidentified risk of infection.

With this in mind, two-and-a-half years ago, the Percys took Mr Coombes’s advice and began feeding artificial colostrum as a means of “plugging any holes” in their Johne’s control programme at West Orchard Farm, Corfe Castle. Mr Percy believes this eliminates the need to worry about feeding natural Johne’s-free colostrum.

The fact cows no longer have to be taken to the parlour to have their colostrum collected also reduces risk of contamination at this time.

Mr Percy explains: “When we used to bring cows up to the parlour to get colostrum from them, there was always a risk of not cleaning the teats well enough or muck from Johne’s positive cows getting on them as they walked through the parlour or the yard.”

Snatch calving has remained a key part of control. Due to a lack of space in the sheds, Johne’s positive cows – which are given a red ear tag – calve outside in specific paddocks.

Any heifer calves from positive animals will be culled and beef calves will be removed immediately and reared separately from heifer replacements. These will receive natural colostrum as Johne’s spread is not deemed an issue as they will be sold after 42 days.

Heifers produced from apparently Johne’s-free cows will calve in a dedicated calving box with calves removed immediately and moved in a trolley up to individual calf hutches.

Each calf will then receive 700g of the artificial colostrum powder which is mixed with one litre of 40-45C water up to a volume of two litres. This will be fed in one feed, within six hours of birth, via a stomach tube.

The farm buys the artificial colostrum from the vets. Before committing to feeding the product, they undertook a small farm study to compare the product with natural colostrum.

Calves born from a random selection of six cows and six heifers received natural colostrum or the powder. Bloods were then taken one week later to check immunoglobulin (antibody) levels.

“We found all our colostrum was very good, but the artificial colostrum was equally as good so we had no worries using it,” says Mr Percy.

The study also showed that feeding one 700g sachet delivered the required level of immunoglobulins (see Key considerations). Mr Percy believes the £30 a sachet cost is well worth it considering the potential cost of the disease.

“You’ve only got to save one heifer from getting it and you’ve saved a year’s worth of cost. £30 seems a lot but in the grand scheme of things it’s not a lot when you look at total heifer rearing costs,” he says.

See also: How to detect and control Johne’s in sheep

Mr Coombes says to justify the additional cost of an artificial product, it’s essential that it’s incorporated with snatch calving as otherwise you will not be eliminating all routes of disease transfer.

So far, the strategy at West Orchard Farm is proving successful. The farm still gets the occasional Johne’s positive animal flagged up through milk testing, although at the last herd test, they had no positive animals.

Mr Percy adds: “We’ve only now got heifers calving in that have been part of the stringent Johne’s control with artificial colostrum and snatch calving. We’re hoping in three years, we should be nearly on top of it.”

This is the equivalent to a very good natural colostrum.

Different products will have varying levels of IgG, so it’s important to establish the level before relying on it to supply IgGs to calves. A radial immunodiffusion assay – which is used to test IgG in bloods – can be used on artificial colostrum. Speak to your vet about testing.

There are no artificial colostrum products on the market that market themselves as colostrum replacers, instead they are sold as colostrum supplements. This means no product lists its immunoglobulin (IgG) content.

4. Adhere to the usual rules around colostrum feeding