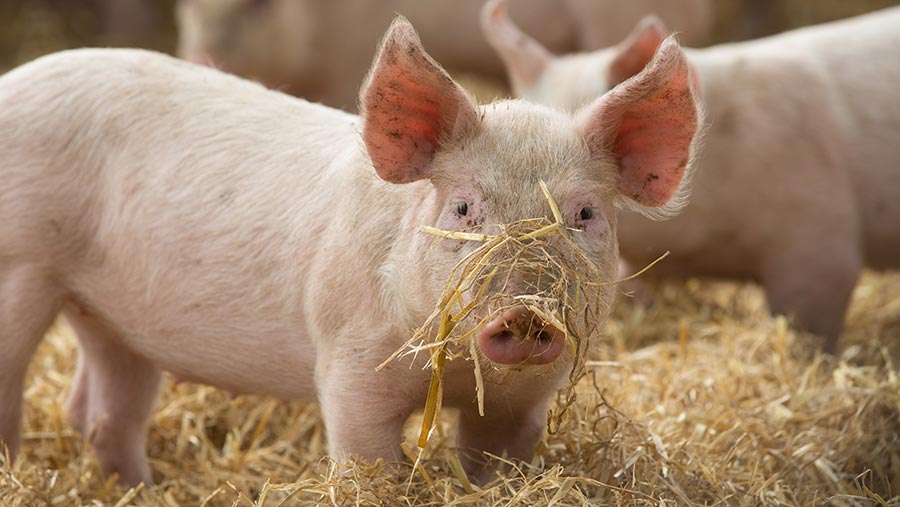 An ingredient used in ancient Chinese medicine could help improve piglet health and allow producers to rear pigs without the need for antibiotics, scientists have found.

Researchers at University College Dublin (UCD) discovered that feeding seaweed extract to sows can have lifetime impacts on piglet health and productivity.

As well as improving the quality of colostrum, which leads to healthier piglets, scientists have found that seaweed extract changes the structure of the gut, cutting the risk of scouring during weaning.

They also discovered it reduces the amount of E coli in the gut, reducing sickness in herds and potentially leading to a drop in the amount of antimicrobials farmers need to use.

Speaking at the European Federation of Animal Science conference in Belfast earlier this month, John O’Doherty, professor of monogastric nutrition at UCD, said seaweed contains high levels of vitamins, minerals and fatty acids, which are beneficial to animal health.

But the sugars in seaweed – particularly a type of glucose called laminarin, which is found in brown algae – show particular promise for the swine industry.

During studies conducted over the past 10 years, Professor O’Doherty and his team have discovered that feeding seaweed extract containing laminarin to sows improved their gut structure.

This change in structure is passed on to piglets, resulting in guts that are more able to absorb nutrients and digest food.

“It shows the role that the sow plays in feeding the piglets is vital. We can change the gut bacteria and get totally different responses with the piglets.”

Another unexpected effect of a seaweed-enriched diet was that it also reduced the presence of bacteria, which causes meat to decompose, meaning the shelf life of pork products could be improved, Prof O’Doherty added.

“It has a lot of plus points for sustainable pig production. As well as helping animals to fight off infection, it helps improve meat quality, which will hopefully mean less nitrates being pumped into meat and less spoilage.

“We could see these extracts being available to farmers within the next year,” he added. “It will be one of the alternatives, along with better management, better nutrition, and more carefully monitored diets.”