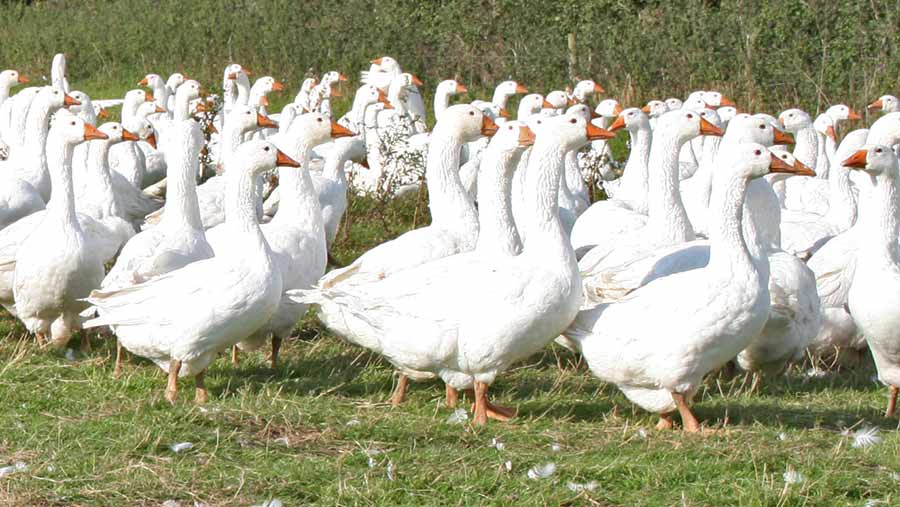 Oliver White sees geese as a key part of his enterprise based around the merits of grass-fed livestock.

He has a passion for pasture-fed livestock – a topic he is investigating as part of a Nuffield Farming Scholarship study.

“In North America 100% grass-fed meat is widely recognised as a healthier, lower carbon alternative to conventionally produced meat and is stocked, labelled and marketed in major supermarkets across the continent,” said Mr White, who hosted this year’s British Goose Producers’ farm walk.

He said: “In the UK, one of the best grass-growing countries in the world, awareness of the many benefits of 100% grass-fed meat is known only to a minority of farmers, producer groups and consumers with a specialist interest or diet.”

Mr White is producing 400 Legarth and Stow geese for the Christmas market at Greenway Farm, Dowlish Ford, on the outskirts of Ilminster and also rears native cross-breed cattle and Poll Dorset sheep on the 50ha county council farm where he gained the tenancy in competition with 65 applicants.

The marketing of his geese, beef and lamb is all based around his website – www.farm2fork.co.uk – and it is the geese which are the prime drivers of visits to the site.

This is supported by Google adwords campaigns, social media and particularly his monthly e-newsletters which, he explained, always produce a flurry of interest.

He is planning more frequent newsletters next year.

In his locality, the presence of the geese and attractive roadside signage bring visitors to the farm at Christmas, also generating interest in the other meats available through the year. 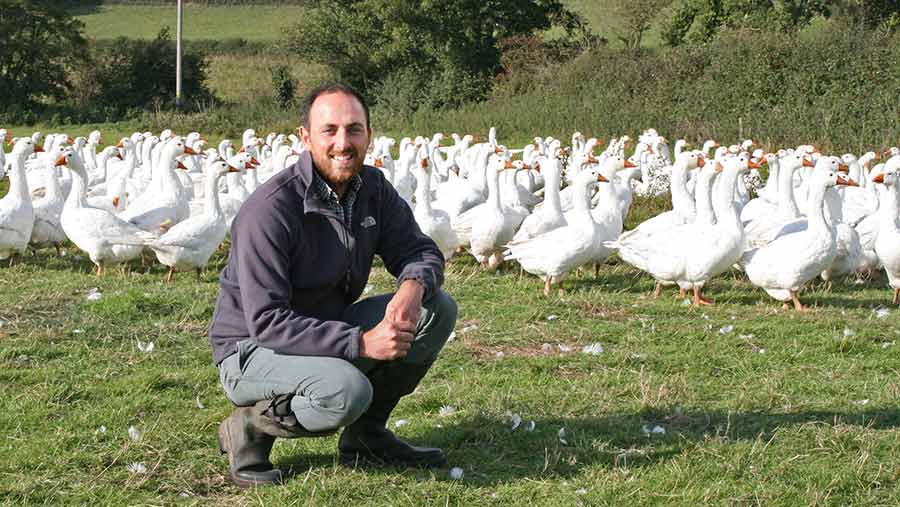 Unusually, no geese are sold through butchers or wholesalers.

The goslings arrive from Norfolk Geese in mid June, and after starting on duck crumbs and pellets are introduced to grazing during the second month.

They continue grazing by day until slaughter, receiving whole wheat in the evening in the shelter of the farmyard with the addition of a turkey finisher during the final seven weeks.

The two breeds enable Mr White to sell over-ready weights from 3.5-6.6kg, with a discount offered for “early bird” orders.

The geese are processed, hung and eviscerated off-farm before returning to be boxed, allocated and dispatched to customers nationwide via temperature-controlled, overnight delivery or collected at the farmgate.

Mr White comes from a well-established farming family – his grandfather, Ronald GP White was one of the first recipients of a Nuffield Farming Scholarship in 1949.

However, his parents gave up dairy farming in 1991 during a slump in milk prices when he was six-years-old.

He studied agricultural engineering at Harper Adams University, worked in this industry in Germany. 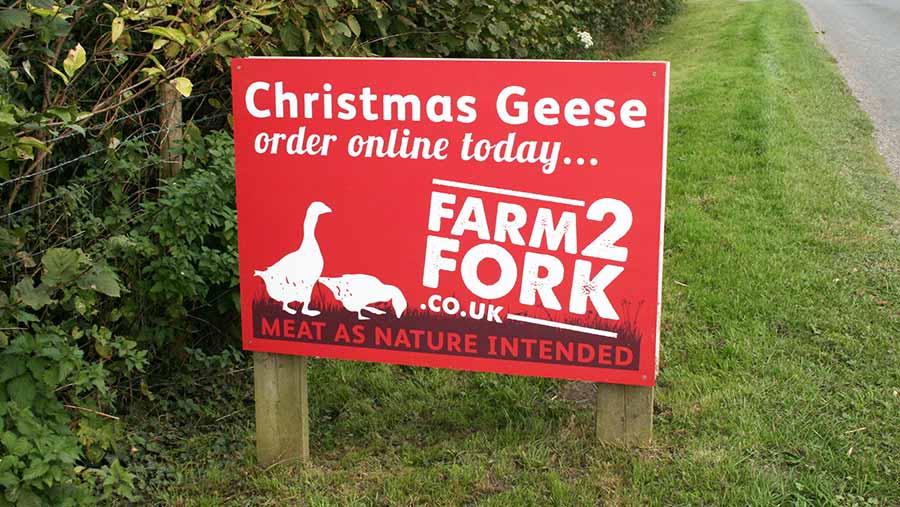 The next move was returning to Somerset to take a job helping to manage the restoration of Hestercombe Gardens, now famous for its 20ha of Grade 1-listed historic gardens, spanning more than three centuries of garden history and design.

He still works there part-time as commercial director.

His ambition was always to farm and so, alongside his work at Hestercombe, he started with 57 geese on 2ha in 2010.

Each year he increased production on more land, with the “quantum leap” – as he puts it – coming with the addition of Greenway Farm in April 2014.

Mr White’s whole approach to farming centres on the benefits of grass-fed livestock.

The Nuffield Scholarship, focusing on the environmental, welfare and health benefits of meat and dairy products raised on pasture, has taken him to the US and Australia.

His aim is to make the benefits of 100% grass-fed meat and dairy more widely promoted and appreciated in the UK food market.

“On the face of it 100% grass-fed would appear to offer a clear marketing advantage in the current climate,” he said,  “where customers are more and more concerned with their health, the well-being of the animals that provide the food they eat and the environmental impact of the farming system. 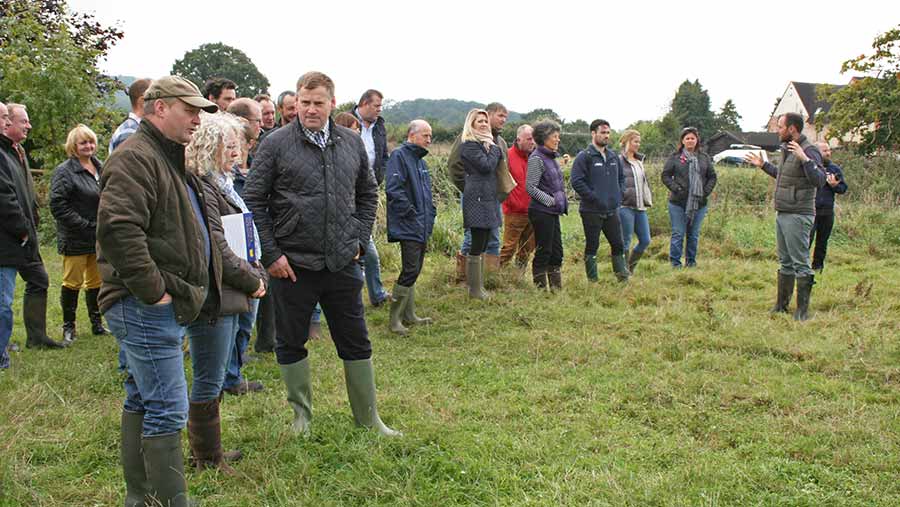 Goose producers from all over the UK met at the farm for the annual British Goose Producers (BGP) event – the first time this has taken place in the South West.

Several new members were welcomed and the new 2016 edition of the Members’ Handbook, supported by a growing number of affiliated members, was launched.

The BGP recipe leaflet provides advice for consumers, but during discussion it was felt that chefs are not always familiar with cooking goose and sometimes serve it underdone even at highly rated establishments.

As a result, next year there is to be a guide aimed at the catering sector.