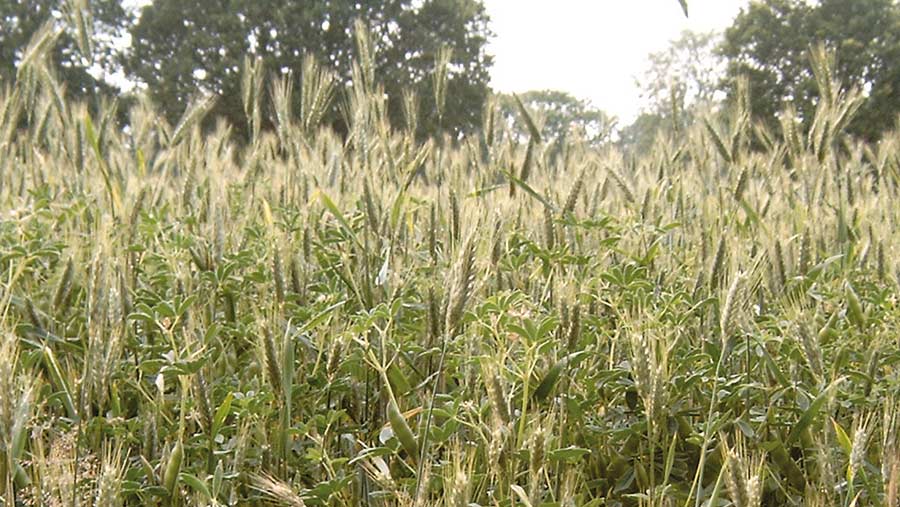 A drought-tolerant forage crop of lupins and triticale is providing a home-grown source of protein at a South Yorkshire dairy farm, and also boosting fibre and starch in the ration.

Brothers Richard and Bruce Dickinson initially grew lupicaleage – a mix of lupins and triticale – for its starch value to complement grass silage.

Fifteen years on, and a succession of drier summers to aid the crop’s performance, coupled with surging soya prices, are more reasons why it continues to be a good fit.

The brothers farm on two holdings near Sheffield and Thurlstone. Previously, winter forage had been exclusively grass silage but, after challenges with herd fertility, options for growing a second forage were considered.

Lupicaleage offered a combination of fermentable energy, degradable and bypass protein and digestible long fibre for their herd of 180 Holstein and Friesian cows.

About 6ha (15 acres) is grown. At its highest point, Annat Royd Farm sits at 305m, and the lupicaleage seed can mostly be sown around 20 April, weather and ground conditions permitting.

Establishment relies on a good seed-bed – the field is ploughed in January and slurry and farmyard manure added. No bagged nitrogen is used.

The crop is grown for two years and the field is then put back to grass for seven years.

Lupicaleage, says Richard, is simple to grow. “We haven’t had any major disasters with it. It doesn’t like being drowned, but it is very drought tolerant.

“Lupins have a tap root, so as long as there isn’t any compaction in the seed-bed the taproot will find moisture.”

Harvesting usually takes place around 10 September with a wholecrop header. The forage is chopped to 25mm to get the full benefit of the fibre and to prevent pod shatter.

How is it harvested?

“One year we took the crop off earlier when conditions were exceptionally dry and it started to die off, but it is mostly around that [September] date,’’ says Richard.

Ensiling and feed out

The crop is ensiled with grass silage. “We make a bit of a clamp sandwich – first-cut grass silage on the bottom, then lupicaleage, and we top it off with more grass silage and feed it out with a shear grab,’’ says Richard.

This is fed to first lactation heifers in the form of a the total mixed ration (TMR). Dry matter (DM) intake a cow a day is 2.41kg lupicaleage, 10kg grass silage and 3.07kg blend. An additional 5.29kg a head a day of concentrates is fed in the parlour.

When ensiled lupicaleage was first included in the ration, milk yield responded with a gradual uplift, up to an average of 1,000 litres a cow annually.

“We get a good butterfat response. I think it is the fibre in the triticale that gets the cows cudding better.

“The cows are very content on it. The milk solids are where they should be and we get virtually no issues with acidosis,” he adds.

Wholecrop wheat is grown for the older cows, to balance the workload at harvesting and because it is a good fit for the rotation.

“We can get the wheat off earlier than the lupicaleage so that field can go back into grass in August,’’ explains Richard.

Advice on growing and feeding lupicaleage 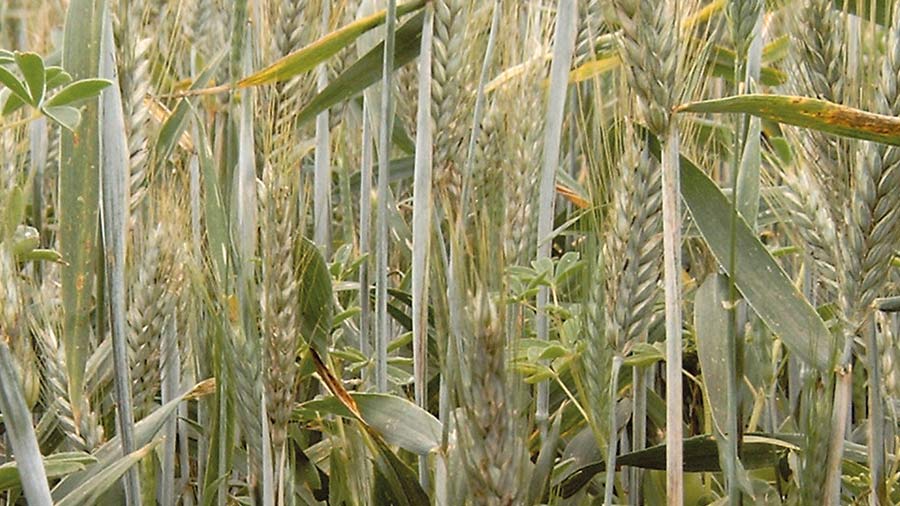 Lupicaleage can be grown across the UK, but performs better in drier conditions, says David McNaughton, of seed merchant Soya UK.

Mr McNaughton says with bought-in feed being one of the highest costs in milk production, there are major economic advantages from growing as much on-farm as possible.

“Soya meal has been artificially cheap for the past few years, but since the US election it has risen by £100/t to £450/t.”

“It is not advisable to grow lupins on their own as a wholecrop because it produces a wet, sloppy silage and rolling that into the pit and conserving it would be awkward – although it would be absolute rocket fuel at feeding out. Mixing it with triticale makes an excellent wholecrop mix as it gives a nice scratch factor.”

“Lupicaleage is a really nice mix, it conserves and feeds out well and it is easy and cheap to grow – roughly £136/ha (£55/acre) for seed, with very modest amounts of spray and fertiliser being used.’’

Here, he gives advice on growing and feeding the crop.