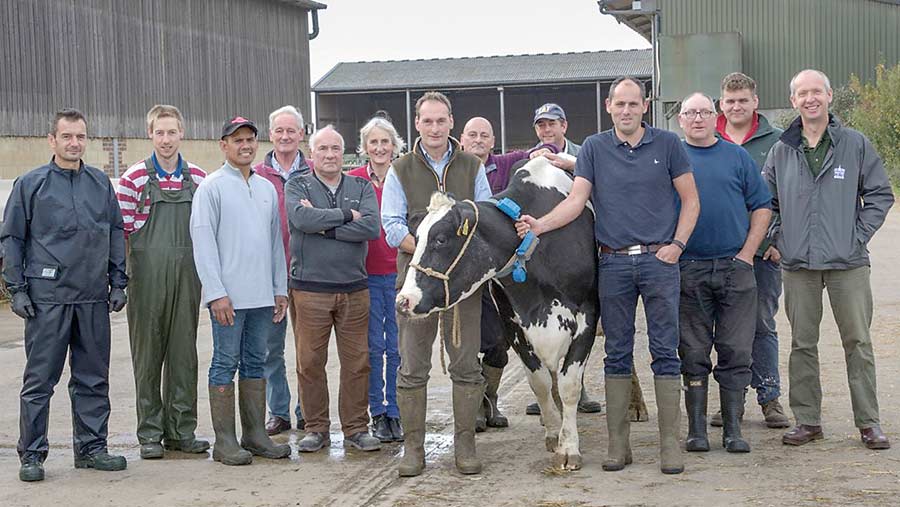 Mr Davies says he is looking to lift production to 45t/ha but stresses the team can’t focus on yield, with drilling and harvest dates needing to suit the requirements of the cereal and livestock operations.

Until last year’s drought, average freshweight yields were 42.9t/ha as an average for 2013-17, although this dropped to 41.9t/ha freshweight last year.

“If we chase yield too much, it can often compromise the following crop by putting harvest back,” Mr Davies explains.

“We aim for an average yield of good-quality maize harvested in good time. We budget to ensure we grow enough hectares of maize.”

This approach also benefits the sheep and cows, as an autumn-drilled ryegrass/Westerwold ley overwinters the ewes and then provides a high-quality first-cut silage for the cows before maize is spring-drilled in April/May.

“We are very focused on maximising the total production of the farm, which might mean sacrificing a bit of maize yield for a 15-20t/ha yield of decent first-cut of silage.”

The team aims for 32-35% dry matter and 45t/ha freshweight yields from dual-purpose varieties for both digestibility, energy and fuel potential for the AD unit.

Each year sees a couple of experimental ‘look-see’ varieties tried out on the farm. Varieties are chosen to suit a variety of drill dates (April to May) that can manage for harvest completion in October to allow winter cereal to be drilled.

Maize is grown on greensand soil on the lower lying and lighter areas of the farm.

Compaction is dealt with around gateways, headlands and muckheaps through use of subsoil equipment, which has been made easier during the drier weather.

Farmyard manure is incorporated using an inversion plough system, although some non-inversion work is done with a one-pass shallow disc cultivator, typically on contract-grown maize in cereal stubbles.

Crops are precision drilled with no starter fertiliser and no plastic is required. Maize is drilled from mid-April to late May depending on conditions and timing of the silage cut.

Pre-emergent herbicide is used on about 25-30% of the cropping area, depending on weed history and field moisture.

Liquid nitrogen is used to top up requirements following a pre-drill digestate application, which, along with the slurry, supplies a lot of the phosphate and potassium required. Soil indices are monitored in a three-year soil-testing programme.

One or two post-emergent herbicides are typically used, as well as a fungicide (pyraclostrobin) and trace element application. The soil is ‘manganese hungry’ and copper is also monitored. 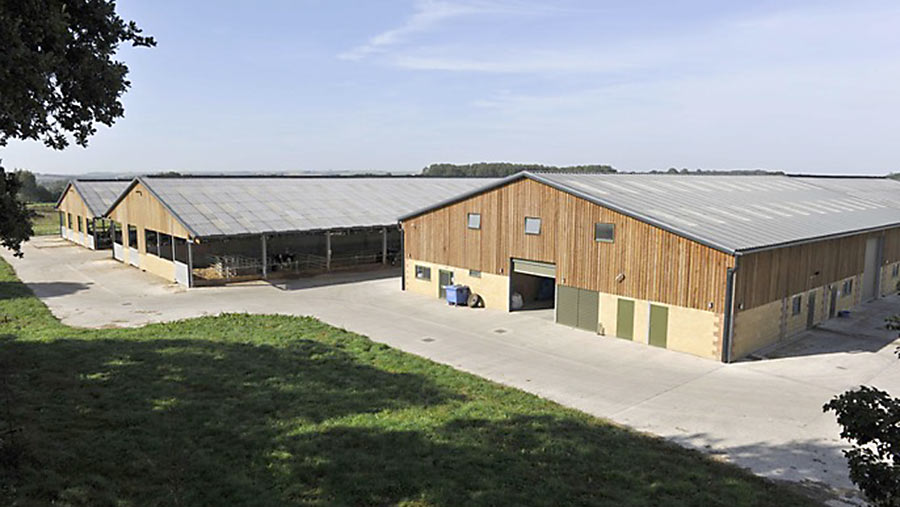 Dry matter levels are assessed visually and with an air fryer. The air fryer is a common kitchen appliance for low-fat cooking and retails for about £30.

Plants are sampled and then chopped with a standard garden waste shredder. Up to three fields are typically assessed over a four-day period.

Drying times vary according to variety or maize and the year, but Maize Growing Association recommendations are for 90 minutes of frying time with the crop weighed every 15 minutes.

Mr Davies says that the air fryer is a useful tool that helps the team harvest maize at 32-35% DM. The 2018 harvest had a significant amount of maize at 30-31%DM.

Maize is chopped to 15mm, which seems to suit both the cows and the AD unit. Cow clamps are filled first with the best maize with the best cobs and highest cob-to-plant ratio.

A critical part of the process is to have plenty of staff around for the clamping stage, ensuring good compaction and a steady flow into the clamp, he stresses.

“I’m not interested in the crop being harvested quickly, it’s about spreading loads in the clamp well,” says Mr Davies, who ideally sees harvest completed by mid-to-late October.

“I’d rather pay staff £12/hour in tractors than have maize spoil in the clamp. We don’t cut corners at this stage, we often have 10 to 12 people sheeting the clamp.

“Good sheeting and protection with tidy clamp management following on helps avoid losses. It takes effort to grow so make best use of it.” 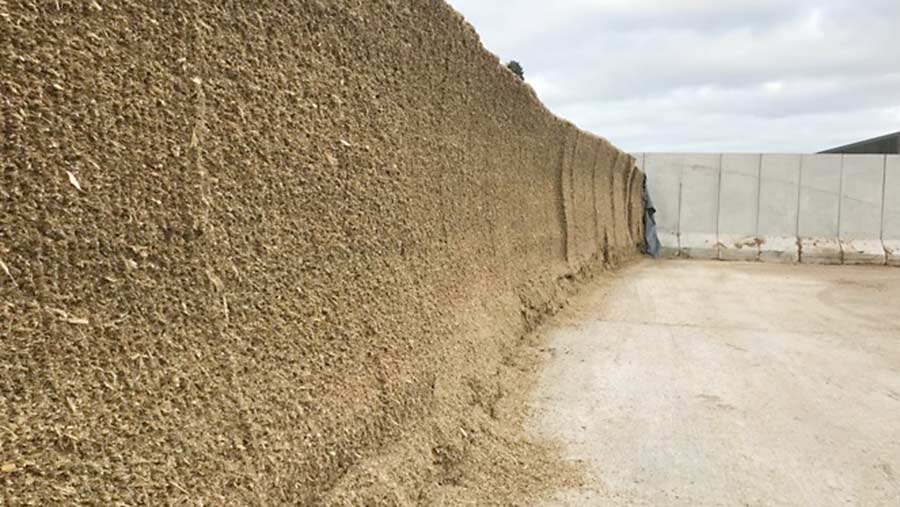 Clamps are checked weekly for bird and rodent damage, slipping sheets or any signs of instability

Regular weekly clamp inspections are done throughout the year to check for sheet slippage and rodent and bird damage.

Any loose or slightly spoiled silage is put into the AD unit and rotten silage is composted completely. A clean clamp face is maintained at all times.

“We don’t treat the AD unit as a bin. If it’s not good stuff at all then it won’t have as much methane potential, so it won’t do the business much good.”

The top few centimetres of every maize cow clamp is removed and fed into the AD unit. A similar approach is taken on the grass silage, with sometimes up to 45-60cm removed and composted, although slightly less is being taken this year due to feed availability.