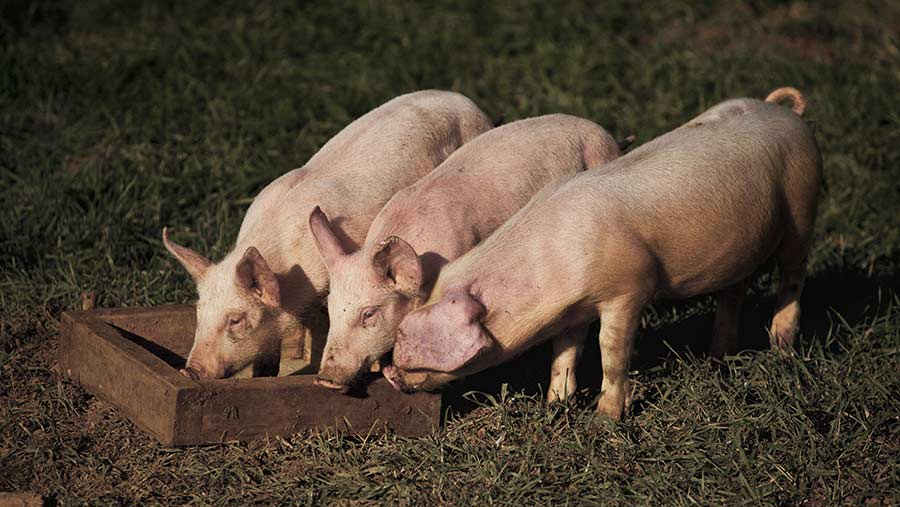 Researchers from the university’s Department of Zoology claim reintroducing swill-feeding in the EU could see the costs faced by pig farmers fall by 50% as they swap grain and soya-bean-based feed for heat-treated food waste.

The feeding of swill to livestock was first banned in the UK in May 2001 following a foot-and-mouth epidemic.

The EU followed suit with a region-wide ban in 2002.

Swill produced in these countries typically costs 40-60% the price of conventional feed.

“Feed makes up 55-72% of the costs of EU pig production and is subject to significant price volatility, with prices of conventional feed rising 70% from 2005-2012,” the Cambridge study reads.

“Low-cost swill might therefore be a welcome alternative to conventional grain-based feed.”

The results of the study suggest that if swill-feeding was legalised in the EU and food waste recycled into animal feed at rates similar to those seen in Japan and South Korea, the land requirement of EU pig production could shrink by 1.8m ha (21.5%).

It would reduce the required area for soya bean production by 268,000ha alone, it said.

“While swill feeding is not a substitute for efforts to reduce food waste, our results suggest that changing EU legislation to promote the use of food waste as swill could substantially reduce the land use impacts of EU pork production,” the study continued.

“These environmental benefits can be achieved while improving the profitability of many farming business and delivering high-quality pork products,” it added.

See also: Heated debate on land use and wildlife

Concerns a change in EU legislation could increase the risk of an outbreak were acknowledged, but the team argued it could also address the issue of illegal feeding of food waste on many smallholder farms.

“A survey of 313 smallholder farms in the UK, for example, found that 24% of smallholders fed uncooked household food to their pigs,” they wrote.

“A process for the heat treatment and legal use of food wastes may improve on the current uncontrolled situation.”

It added that Japan and South Korea have seen no disease outbreaks linked to the use of swill and that use of food waste as animal feed grown in popularity in both countries, “suggesting strong farm buy-in”.