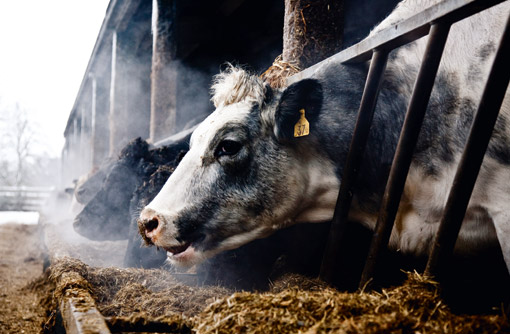 Adding live yeast to finishing rations could help beef farmers improve their margins as a result of increased daily liveweight gain and earlier days to slaughter.

A trial carried out on Max and Fran Hobil’s beef finishing unit at Wold Farm, Scalford in Melton, found adding live yeast to the ration resulted in an increased margin of £36 an animal, with an average reduction in days to slaughter of three days.

The study, which took place over a 12-week period, was carried out by Dunbia and Alltech. It involved two groups of animals being fed two different controlled diets (see box below); the first group was fed a diet of grass silage and potatoes, while the second group was fed the same ration with the inclusion of 50g of cultured live yeast.

The animals fed the ration containing the live yeast showed an increased DLWG of 495g a day and the Hobils were able to send them to slaughter on average three days earlier.

As a result of the improved DLWG and shorter finishing time, the Hobils now plan to feed all their stock live yeast, with the aim of finishing an extra 111 animals a year on the same inputs currently used on the farm. They currently buy in about 2,500 stores a year.

Mr Hobil said: “While we weren’t particularly looking to change our system, we agreed to do the trial and could definitely see the benefits of adding yeast. As a result we’ve taken the decision to include yeast in the diet for the majority of our finishing cattle.”

Graeme Smith from Alltech said: “The trials at Wold Farm have proved that yeast contributes to a healthier rumen lining, capable of absorbing nutrients and improving growth rates.

“There are many enemies to a healthy rumen; oxygen, although low in quantity, is toxic to rumen microflora, and starch and sugar can create a poor environment for rumen microflora.”

In addition to these challenges on rumen microflora, Mr Smith said an already unhealthy rumen, perhaps as a result of feeding warm mouldy silage, would result in irritation in the gut wall, resulting in the animal diverting energy away from growth towards repairing its gut.

“Yeast helps in this area, as it removes oxygen from the rumen, stabilises pH levels and increases the rate of forage breakdown. It also works to provide an accessible energy source for rumen microbes; this can be plain to see in the greater number and development in villi on the stomach lining of an animal fed yeast,” he added.