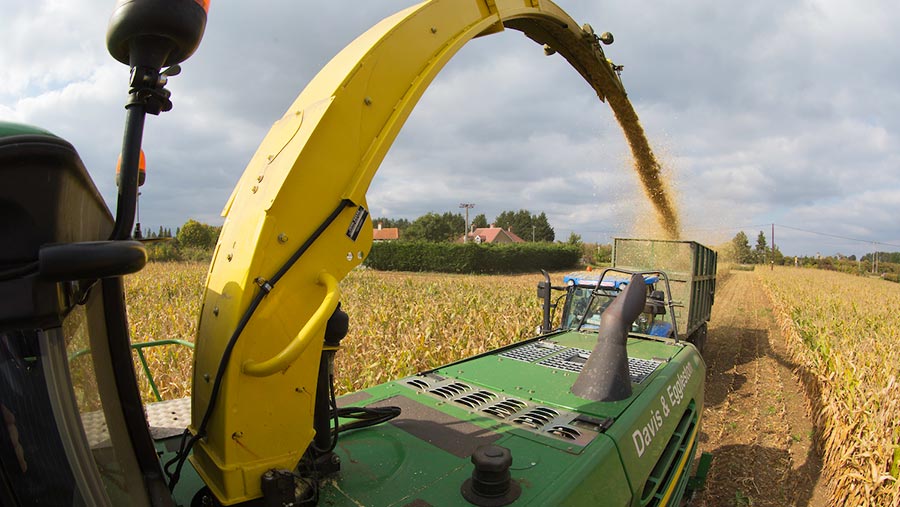 Maize growers are being advised to check maize crop maturity now as the high temperatures throughout the growing season have resulted in extremely early maturity and some well-grown crops are ready to harvest.

Despite this, Neil Groom, technical director at Grainseed, is cautioning that farmers may need to let crops reach higher maturity this year, as dry stalks could be giving a higher dry matter reading yet plants haven’t turned sugar to starch.

Mr Groom says Met Office data confirms that maize heat units were 30% higher at the end of July and rainfall was down by at least 50%, with rainfall averaging just 120mm in May, June and July.

Maize requires at least 300mm of rain distributed throughout the growing season and consequently some regions have really suffered, with plants less than 1m tall, explains Mr Groom.

Target whole-plant dry matter (DM) for most growers in a normal year will be between 30% and 32%.

However, Mr Grooms cautions that this year dry matter may be given a higher reading because the stalks are very dry.

“But the grain is still only milky ripe and, although meeting the target dry matter of 30-35%, the energy in the plant is still as sugar rather than starch.

“When you clamp sugar it turns to lactic acid,” he warns.

Therefore, he believes growers should wait to harvest for about another week, until dry matter readings climb to 36-37% to ensure the crop contains good levels of starch.

Although this makes clamp consolidation more difficult, he says steps can be taken to minimise the risk, including:

John Hancock, sampling for Farmers Weekly near Petworth, Sussex, has booked his contractor for this week (20 August) as his crops have reached full maturity.

“We are fortunate that we have irrigation and some fields have had two applications of an inch of water to keep the maize growing,” he says.

“This year I have learnt that we need to apply water within one week of the leaves rolling to preserve water in the plant. Where I left it longer than one week before watering we greened the plants up again, but they stopped growing taller whereas fields irrigated within one week just kept growing and I have some maize 12in high with a big cob.”