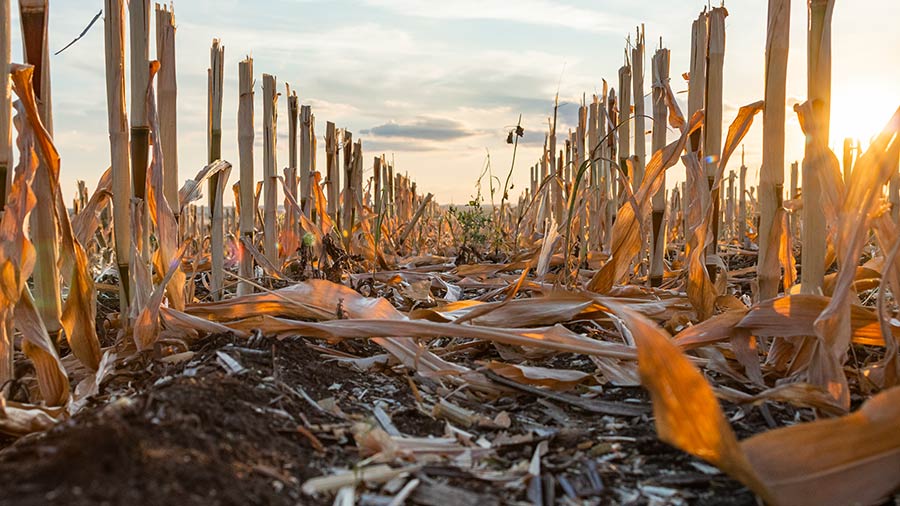 With maize harvest in full swing in the South and expected to get under way imminently in the Midlands and South West, growers are being advised to plan for the following crop to prevent soil erosion.

The Maize Growers Associations advise farmers should never leave a bare maize stubble over winter because of the risk of soil erosion, nutrient loss and the reduction in biological activity within the soil.

He adds: “Rotating the maize around the farm benefits all the fields, as the need to ensure the maize crop has no compaction means fields get rotationally flat-lifted.”

If winter cereals are not grown, stubbles can still be planted with Westerwold or Italian ryegrasses, and provide an early bite for sheep or youngstock next spring.

“I prefer to graze fields going back to maize rather than taking a cut of silage, since the grass will use a lot of the winter rainfall and we don’t want to limit or delay the maize crops emergence due to lack of moisture in the seed-bed next May,” explains Mr Groom.

John Morgan from the MGA says it has been doing work on using cover crops over winter to build soil organic matter and reduce surface run-off.

“There is a real opportunity to grow a decent level of biomass if drilling the cover crop after wheat, and we can use a range of species to build biomass and help restructure soils if they have large roots.

“Later drilling after maize harvest in October is more limited, though, and you need to revert to grasses or cereals that grow at lower temperatures.”

The MGA is currently working on when to spray these cover crops off for the most benefit to the growers and the maize crop. The results will be published shortly.

Following large rises in dry matter last week, the crops have stabilised, but the grain maturity in the cobs has improved and crops look well.

George John, sampling for Farmers Weekly in St Clears, has noticed a big change. “The plants have lost that glossy green look and the grains have become much firmer.

“Being close to the sea, we do get maize eyespot and I can find eyespot lesions in untreated crops. This late in the season it is not a big concern, but if it had occurred in August, we could have seen the plant losing green leaf before the cob had filled, resulting in a high-dry matter, low-starch silage.”

The new Niab Maize Descriptive List contains ratings for maize eyespot, but in high-risk areas, growers should apply a fungicide using a high-clearance sprayer before flowering to keep the crop disease free.