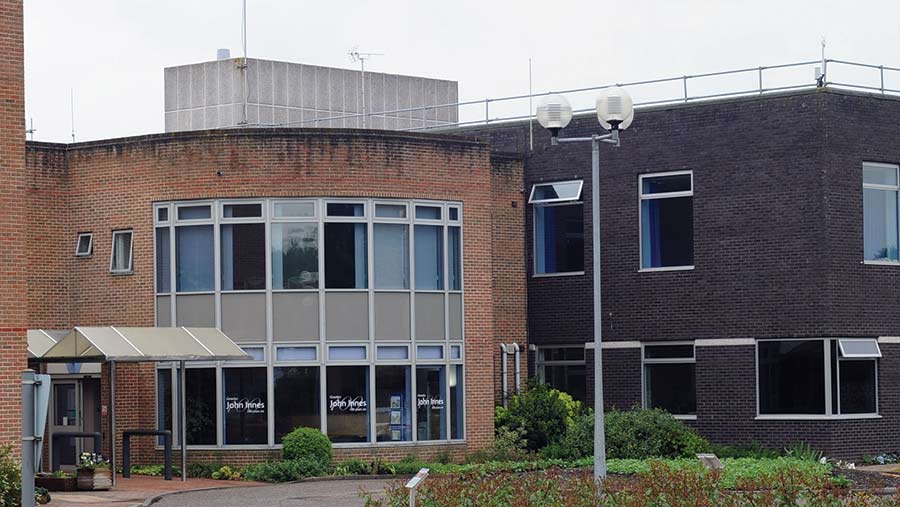 Scientists who developed a high-protein pea which could replace soya as an animal feed say a major company has expressed an interest in the project.

The pea, which helps livestock absorb more protein from their diet, was developed by researchers at the John Innes Centre, Norwich.

It has the potential to cut costs for farmers because livestock need to eat fewer of the new peas to obtain the same amount of protein as standard peas.

Jonathan Clarke, head of business development at John Innes, said the next stage was attract interest in the project so the new pea variety could be commercialised.

“A major player – a commodity company – has expressed interest in the pea,” Dr Clarke told Farmers Weekly on Monday (15 February).

“This is very important in terms of developing our ability to produce a temperate legume in Europe that could eventually replace soya imports.”

Dr Clarke said it was unlikely that the new pea variety could replace soya imports completely – but it still had great potential for farmers and the livestock industry.

“It would mean farmers have the potential to meet CAP greening requirements by growing legume crops that are profitable and have a commercial benefit.”

Commercialisation could take up to seven years, said Dr Clarke.

Having a commodity company on board would give plant breeders the confidence that there would be a market if they chose to develop the variety, he added.

Peas and other legume seeds usually contain several inhibitors that stop proteins being absorbed fully from the diet of humans, poultry and livestock.

A group led by Dr Claire Domoney at the John Innes Centre used non-GM methods to develop the new pea that doesn’t have these inhibitors.

Previous nutritional studies with broiler chickens have shown that high amounts of the inhibitors can reduce protein availability by up to 10%.

Defra minister George Eustice praised the project in a speech to delegates at the Norfolk Farming Conference on Thursday (11 February).

“Norfolk is leading the way in developing and using exciting, new technologies in farming, from growing new types of animal feed to using data to ensure the healthiest soils for crops,” he said. “We want to see our agriculture sector grow, become more competitive and more profitable, taking innovations from the laboratory to the farm.”

Centres of excellence like the John Innes Centre would play a crucial role in realising this ambition, said Mr Eustice.