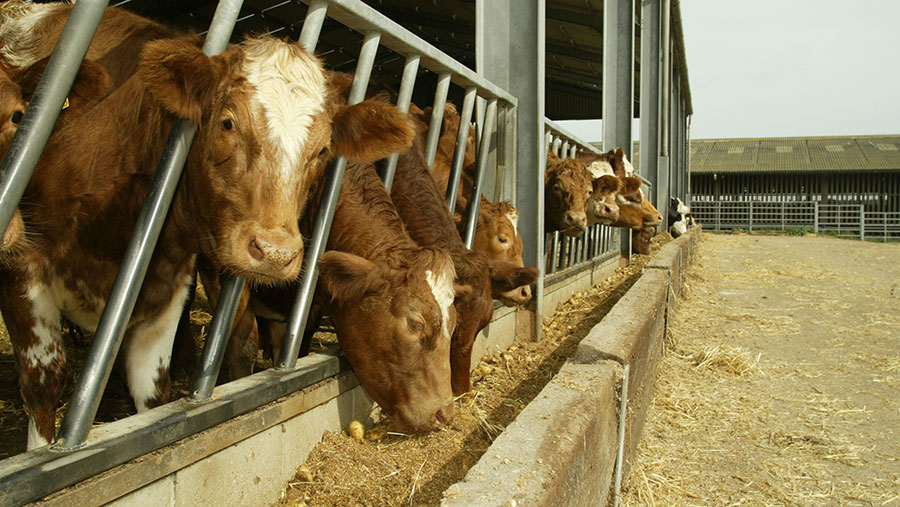 The NFU has relaunched its Fodder Bank after recent bad weather has seen farmers across the country struggle with feed shortages and additional costs.

The system helps members find animal feed for their farms or sell any surplus to assist others affected by the wet weather and late spring. Anyone interested in using the service should go to the NFU’s website.

Farmers have been unable to turn out stock due to a lack of grass growth and limited forage, and have found themselves needing supplementary feed and facing unexpected extra costs.

Arable farmers have also experienced delays in spring cultivations and drilling where the ground is too wet to travel.

NFU president Minette Batters said: “During this particularly difficult time, it is vital that government lends its support to ensure farmers are able to continue managing their businesses effectively, which means producing the food that feeds the nation.

“In addition to the NFU relaunching its Fodder Bank to help its members, we will also be discussing impacts of the wet weather and any support needed with industry and government.”

Forage Aid founder Andrew Ward agrees the weather hasn’t helped farmers who would be looking to turn out animals now, but says the fodder and straw shortages date back to a wet autumn in 2017.

Livestock farmers often rely on the cheaper option of producing their own haylage and silage for their animals to last the winter.

“The weather last autumn was extremely wet from August through to October, so some farmers who usually get two-to-three cuts didn’t manage to get those,” Mr Ward said.

“Going into the winter there wasn’t enough to feed their own animals until turnout, which they should’ve known months ago. Now the price of fodder has rocketed. There is the exact same problem with straw.”

During the autumn there was straw laid out that needed baling, he explained, but farmers couldn’t bale it because it was wet. The straw was then spoiled by the rain while waiting to be baled.

Despite numerous reports from farmers who are short of forage and straw and say their animals are suffering, Mr Ward said Forage Aid has not helped one farmer yet this year.

“The charity has to have specific criteria and the people who have come to us have not met those,” Mr Ward said.

“Forage Aid operates in the aftermath of an extreme weather event, and through our investigations we’ve found the problems are actually due to last autumn’s weather.”

Forage Aid is for volunteers with a good working knowledge of agriculture to become regional co-ordinators who will be called upon in times of crisis.

These volunteers would be the face of Forage Aid in their area and work closely with representatives from RABI and the Farming Community Network.