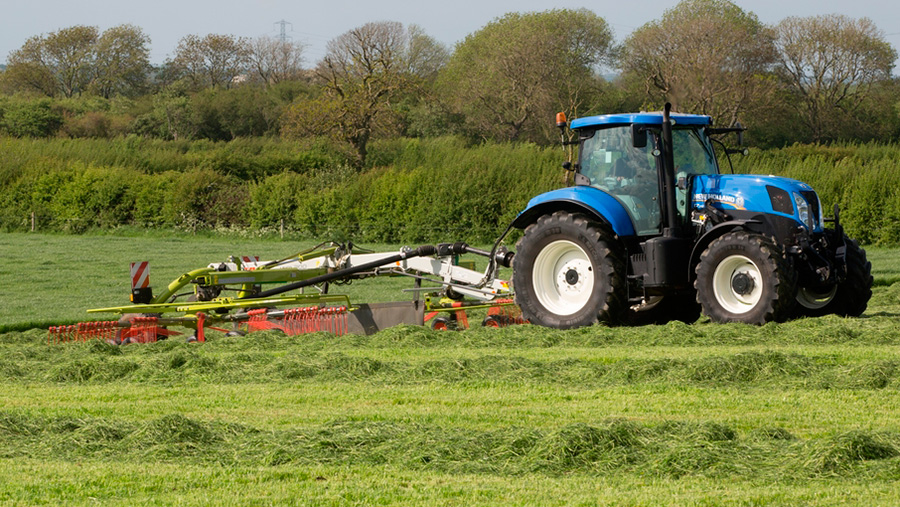 Farmers could get instantaneous results to help them increase milk from forage by using an on-farm silage analysis tool.

It measures the intensity and wavelength of light reflected back from the sample.

This information is then fed back into a mathematical model, based on wet chemistry analysis.

Nissa was one of eight new technologies showcased at Farming Connect’s Agri Lab at the Royal Welsh Show (18-21 July).

Demonstrating its use Dave Davies from Silage Solutions said many UK dairy farmers were producing a good amount of milk from grass, but there was huge potential to grow the amount of milk produced from silage.

He added Nissa could achieve this and help farmers lower concentrate use and improve disease and fertility by not underfeeding or overfeeding protein.

It could also be used as a more accurate tool to measure fresh grass samples and guide farmers when to cut and how best to preserve silage quality, Mr Davies explained.

“Sugars start to be respired as soon as you cut grass and they are needed to produce lactic acid to aid fermentation.”

Mr Davies said finding out if sugars were low before cutting would enable farmers to plan to preserve crops better.

For example, the farmer has the option of leaving it or if it is at the right stage of growth, because it is high in D value, additives should be used to improve fermentation, he explained.

“This technology allows farmers to look at the quality and make choices before they make the silage so they can drive performance from forage.

“It has huge potential to reduce cost of production because farmers can lower their concentrate use.”

Although Mr Davies said companies needed to collect a wider sample of forage analyses to improve the accuracy of Nissa.

Mr Davies said in the not-too-distant future the technology could then be used in mixer wagons to measure the dry matter content of silage and better balance rations.

“Dry matter is the first driver for different components in the ration and it drives intakes, so if we can get a rapid analysis of dry matter we have the potential to ration cows more accurately on a daily basis.”

Mr Davies said eventually the technology could be developed to measure things such as colostrum quality and faecal starch content to give an indication of nutrition digestibility.

“This has the potential to put livestock farming where the arable sector is.”