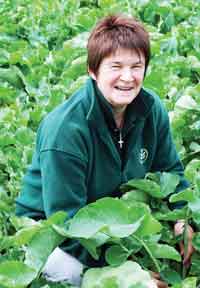 With the wide range of crop types available and new varieties offering characteristics like greater winter tolerance and regrowth potential, use extends from filling short-term summer grazing gaps to providing the basis for complete out-wintering systems.

Apart from the reductions in buildings costs, labour and fuel that often come with grazing these crops in situ, they are generally cheaper to grow per unit of dry matter than grass silage.

However, according to Helen Mathieu of British Seed Houses, making best use of brassicas means growing them as you would a valuable arable crop – so alongside careful establishment and dedicated pest control, you need to feed them to perform.


“The most important point is to plan ahead and test soil nutrient levels and pH at least eight weeks prior to sowing,” she says. “Brassicas grow best in a pH range of 5.8-6.5, so apply lime if necessary in good time to achieve this.

“With the exception of nitrogen, which in many cases should be a split application, it is best to apply all other fertiliser requirements at sowing. This should bring soil P and K indices up to a minimum of two and take account of other possible macronutrient deficiencies such as sulphur. Nitrogen should be applied to achieve optimum crop growth, and – like all nutrient requirements – as advised by a FACTS-qualified agronomist and using RB209 as a guide.

“When you are applying slurry or farmyard manure, it is best to know what contributions these inputs are making so you can adjust artificial fertiliser applications accordingly. Ideally, work on the basis of actual analyses – this may be important in the context of your NVZ N-Max limit.”

With bagged fertiliser prices rising as they have in recent years, there may be an understandable reluctance to apply up to recommended levels, but Helen Mathieu is keen to stress the importance of adequate nutrient supply.

“It will generally be a false economy to skimp on fertiliser applications, because having incurred seed and drilling costs, you need to maximise crop performance,” she says. “Brassicas do produce an economic response to fertiliser, even at current prices, and when crops produce to their potential they can feed livestock for as little as 20p/head/day.


Farming 385ha (950 acres) in Hampshire, Ian Higgins is finding hybrid brassicas such as Swift and now Maris Kestrel kale to be useful additions to his 1000-ewe sheep flock and 250-cow suckler beef enterprises.

A long-term grower of stubble turnips – typically sown after winter barley and used to finish lambs – Mr Higgins is finding the fast-growing and high-yielding hybrid brassica Swift a valuable way to fill late summer grazing gaps and ensure lambs are supplied year-round to his farm shop.

Maris Kestrel kale, sown this year in May following outdoor pigs, was originally grown as the basis of an out-wintering system for spring-calving suckler cows, but is actually being grazed by ewes successfully.

Mr Higgins admits in previous years he may have under-fed his brassica crops, so the current regime includes an 11:15:20 NPK compound either in the seed-bed and/or during establishment, with both kale and Swift receiving top dressings of straight nitrogen later on.

“Experience has taught us it is a false economy not to feed these crops, even though we have good P and K indices as a result of having a lot of stock,” he says. “Both Swift and Vollenda (stubble turnips) were direct drilled into stubble after cereals this year, with no muck applied, so they had 250 kg/ha of compound on the growing crop, an Swift received a further 125 kg/ha ammonium nitrate (34.5% N) a few weeks later.

“The kale had 200kg/ha of compound in the seed bed and has had two 125 kg/ha applications of ammonium nitrate subsequently.”