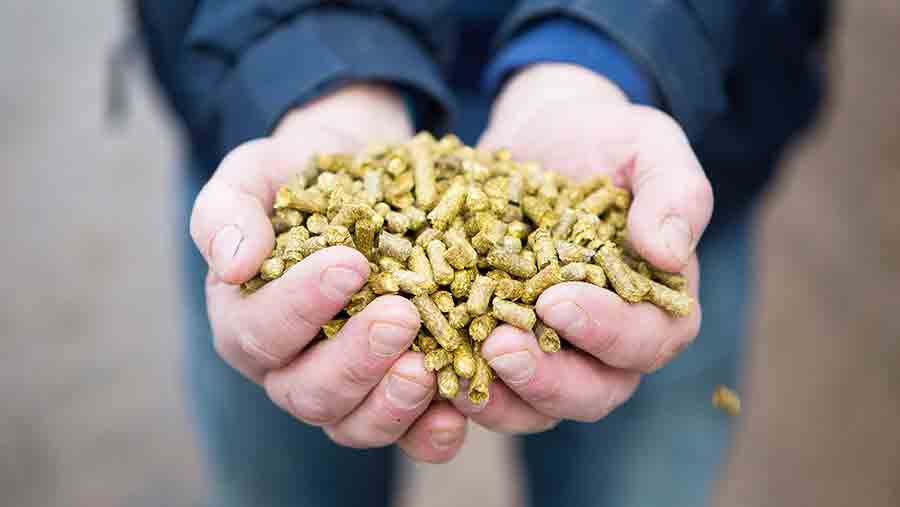 Replacing dietary fed straw with nutritionally improved straw (NIS) can be a cost-effective way to increase yields while maintaining milk butterfat, according to the findings of an independent trial.

A collaborative project between veterinary consultancy company EBVC and Sundown Products found that feeding NIS to high-yielding dairy cows with good rumen health resulted in a lift in yields of 1.63-6.34 litres a cow a day.

Experience on some of EBVC’s clients’ farms has also demonstrated the potential for NIS to help increase butterfats in herds where rumen health is sub-optimal.

NIS is made up of chopped and milled straw that has been treated with sodium hydroxide and pelleted. The resulting alkaline product acts as a rumen buffer and provides compressed functional fibre.

On one crossover trial on a 250-cow herd, 157 cows were either allocated the control diet or a treatment diet, where straw was replaced with 1.5kg a head a day of NIS.

“Although the NIS-fed cows had fractionally lower butterfat percentage, due to the dilution effect of increased volume, the amount of butterfat was unchanged,” he explained. “However, the yield increase meant feeding NIS proved cost-effective. On this herd, at a milk price of 26p/litre, NIS delivered a return on investment of 3.2 to 1.”

In an additional trial, 92 high-yielding animals were fed a base ration while 110 animals were fed a daily ration where forage intake was reduced by 0.53kg DM, mixed cereals were increased by 0.45kg DM and 0.88kg DM of NIS was added. On this herd, NIS-fed cows increased yields by 6.34 litres a cow a day, while maintaining the amount of butterfat.

Mr Cooper said the uplift in yields could be attributed to the improved digestibility of the NIS, compared with straw, thanks to prior treatment with sodium hydroxide.

“In addition, potentially the rumen is healthier thanks to the functional fibre and rumen-friendly pH of the NIS so there is better digestion of the whole ration, leading to improved yields,” he added.

Mr Cooper said the main benefit of NIS was that getting straw into cattle was easier because it was harder for cows to sort through it, compared with chopped straw.

“Our trial work shows that NIS could have a role to play in high-output herds looking to achieve greater ration consistency and less sorting, and those looking to increase yields,” he said.