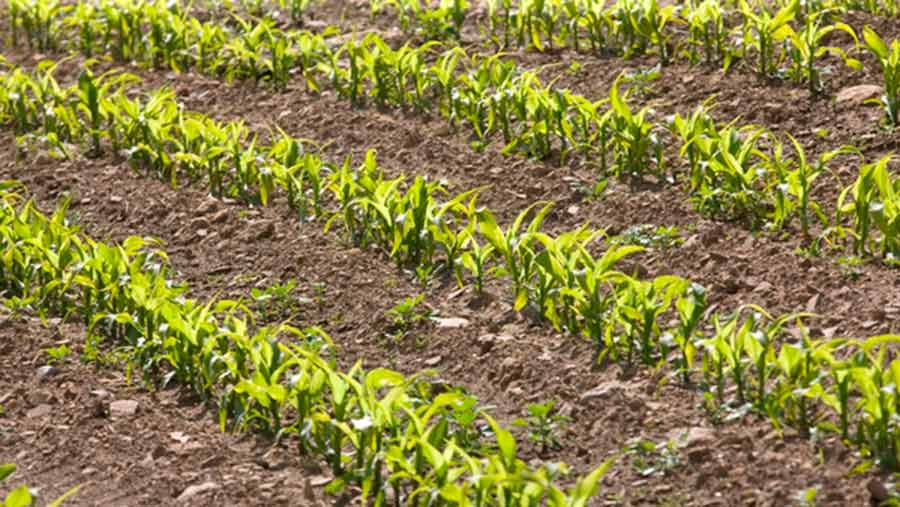 A late spring and a banned seed treatment have combined to test emerging maize crops for many growers this spring this spring.

This is according to Neil Groom, technical director at Grainseed, who says crops require careful management through June and July to avoid losses in yield.

A three-week delay in drilling following cold and wet soils added to the disruption at establishment caused by chlorpyrifos seed treatments being taken off the market in April.

See also: Be vigilant for orf at grazing

Growers have been warned that later-emerging crops will have competition from a different set of late-germinating weeds such as Orache and Nightshade.

“Where possible, herbicides should be applied in the evening or very early morning when temperatures are cooler and the possibility of scorch is reduced,” adds Mr Groom.

“By and large, pre-em herbicides have done a good job and you can judge the effectiveness of these by looking around telegraph poles for any unsprayed areas.”

Meanwhile, emerging crops are at greater risk from birds this spring as thiacloprid treatments are not as repellent to birds as the banned chlorpyrifo seed treatments.

“Fields must be monitored for rook or crow damage until the plants reach six leaves,” adds Mr Groom, who says many farms have turned to thiacloprids as an alternative against wireworm and leatherjackets.