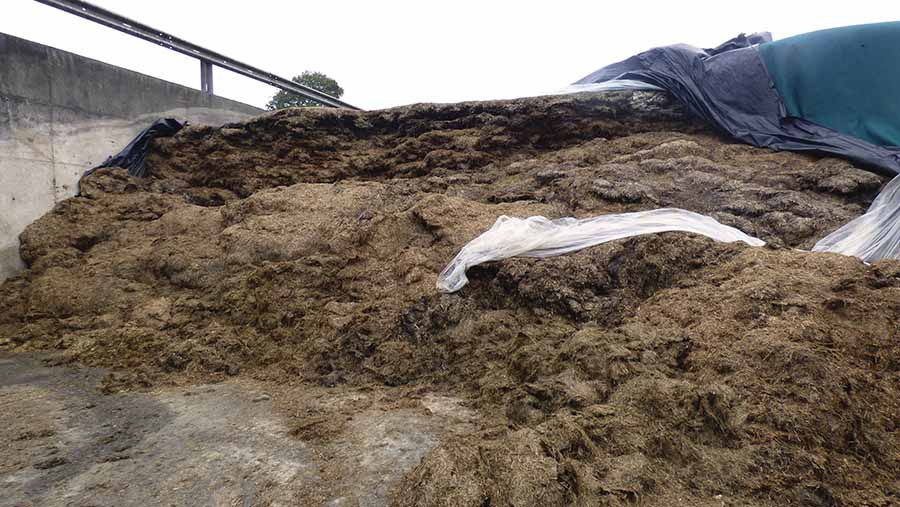 Uneven density is the biggest cause for silage slippage in UK clamps, an AHDB-funded study has concluded.

The 18-month study, which was conducted by independent consultant Dr Dave Davies of Silage Solutions, also found clamps were filled too steep on some farms and chop length was a tertiary contributing factor.

Silage slippage occurs when a vertical split appears in the clamp causing the front of the clamp to slip forward.

Dr Davies stressed clamp density was the main problem and urged farmers to ensure clamps were being filled and compacted appropriately ahead of first-cut silage.

See also: How multi-cut can deliver profits of £333/ha over three-cut silage systems

Farmers who had previously experienced slippage were asked to fill in a short survey.

Dr Davies then visited 10 beef and dairy farms throughout Scotland, England and Wales to examine what could have caused the problem.

Historically, one of the key risk factors for silage slippage has been low DM silages, but Dr Davies said this was not the case in the study, with the average DM of silages at 29%.

“Silage was good quality. That means cow intakes are going to be good and you’re going to have a lower need for supplementation and produce more meat or milk from forage,” he added.

Dr Davies said clamp density was the greatest risk, causing half of all slips.

He likened this to having a structure like the “leaning tower of Pisa”, which creates a toppling effect.

He said it was therefore “critical” for farmers and contractors to check the pit was evenly well compacted each time more grass was added to the pit to prevent areas of instability. 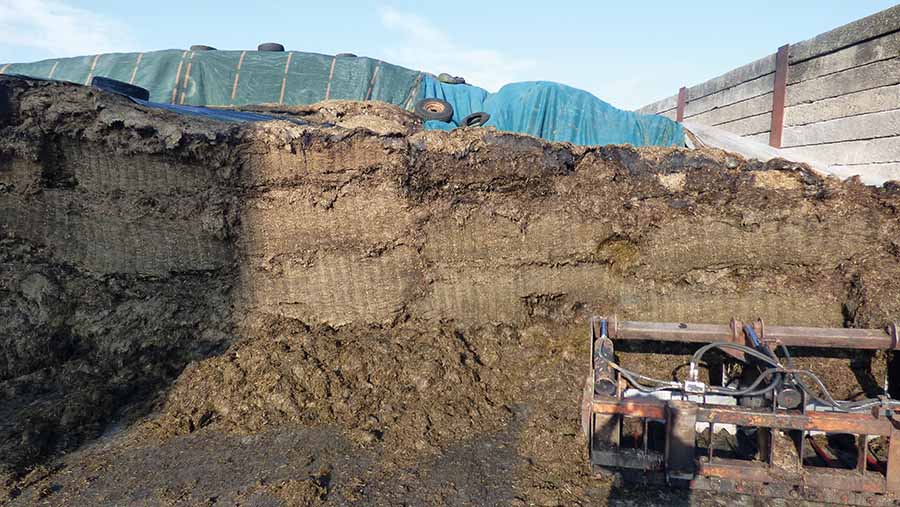 How to avoid clamp slippage