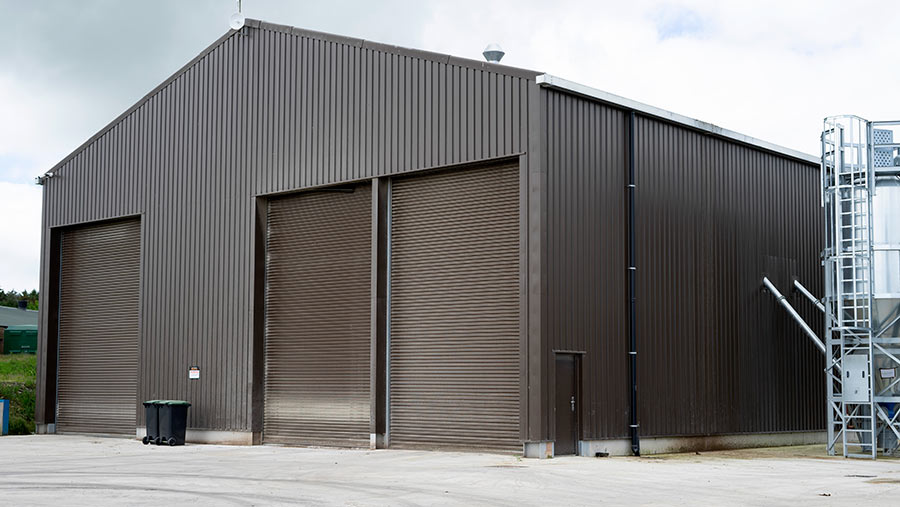 Market conditions are tough for free-range egg farmers and one of the ways to manage the risk of lower returns, is to take control of the largest input cost any poultry farmer faces – feed.

By home-mixing rations, it is possible to buy in raw materials, or use home-grown; specify less conventional ingredients; and change diets faster, if required.

Freshly milled feed is also more appealing to birds, which can lead to potential performance improvements.

One farmer who took the plunge and invested is David Jones, who runs Ddol Farm, a beef and sheep enterprise near Llanbadarn Fynydd, close to Newtown, Wales.

In 2002 the business diversified into free-range layers, starting with a 12,000-bird unit. Today the farm keeps 130,000 birds on multi-tier systems and supplies eggs to Noble Foods. 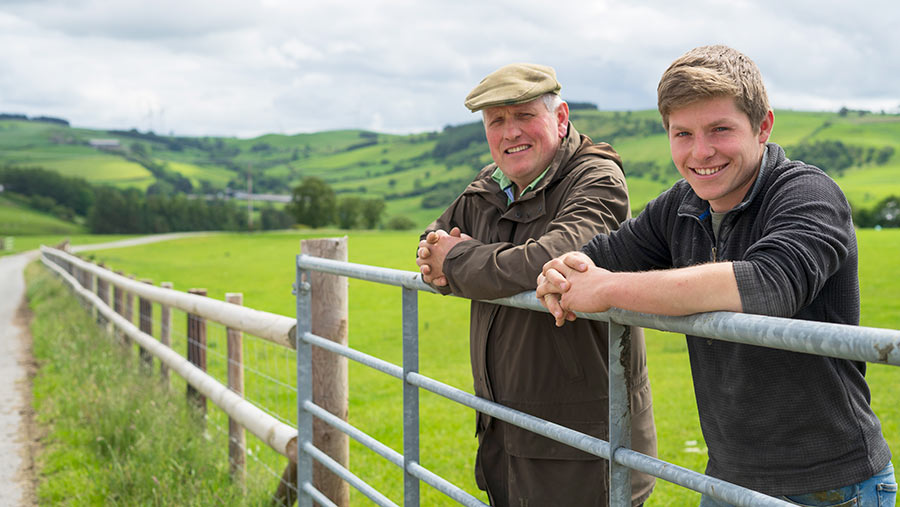 Mr Jones’ mill came into service 12 months ago, and coincided with the placement of his latest flock – all Hy-Line Browns of the same age.

When these birds are depleted, the next flock will be made up of a range of breeds, which will require different diet formulations.

The mill was supplied by German firm BDW Feedmill Systems, via Newquip. It has the capacity to process 6,000t/year, and comprises the mill itself and storage for raw materials, which accounts for the majority of the building’s footprint.

A pelletiser can further process the mash for Mr Jones’ beef and sheep enterprises.

Many farms would have grain storage already in place, so would take up a smaller amount of space.

He says the motivation behind the decision was the ability to choose where to source ingredients. “We had very good feed before,” says Mr Jones.

“We can be a little bit more specific with the diets now, but it is in the buying of raw materials that you save the money.”

“It’s about achieving a more-efficient path from the source of feed to the birds,” adds For Farmers nutritionist Andrew Marriage. At the very least, taking feed ingredients from farm to farm reduces the overall haulage cost.

Mr Marriage and colleague Geoff Dickson supported Mr Jones as he made the switch from buying-in rations to mixing his own.

How diets are formulated

Diets comprise about 20 ingredients, explains Mr Marriage, some of which, including wheat and soya, are easily managed on farm.

But it would be impractical to blend the broad range of micro-ingredients – such as synthetic amino acids – that make up modern poultry rations with a home-mix system.

Instead, For Farmers supplies these micro-ingredients in a pre-mix, and part of the service that comes with the supply is designing the rest of the diet based on the remaining raw materials.

One area of focus for egg producers in recent months has been meeting market demand for large eggs. There has been an emphasis on getting linoleic acid and methionine levels right to support larger-egg production.

But the balance is in providing enough supplementation to meet the birds’ needs exactly, without wasting valuable ingredients.

Another inclusion that has worked well on Mr Jones’ farm is whole oats, which provide fibre and have some benefits as a management tool because they occupy hens for longer while eating.

“You are making the diet to accommodate what the birds require at any particular time,” adds Mr Marriage. “Everybody’s birds aren’t always the same.”

Three ways to mill and mix feed on farm

Mobile milling A number of contractors offer mobile milling services, where a specially adapted truck – usually from Buschoff or Tropper – will visit to mix the required tonnage on-site.

Fixed plant mills A permanent structure such as the mixer Mr Jones opted for, which was supplied by German manufacturer BDW Feedmill Systems.

It is hard to put an exact figure on the savings from home-milling and mixing feed, says For Farmers’ Andrew Marriage.

“Some will invest more in a plant but achieve lower milling costs through automation. Others may spend less on kit but have a more labour-intensive set-up. Some farms may not fully cost their own labour or management time for home-mixing.

“These variables make it very difficult to apply a standard saving and payback from home-mixing. Each farm is different, but an increasing number see it as a viable option.”

Two additives Mr Jones has used with this flock are Actigen, which aids gut health, and a mineral pack that supports egg shell strength from nutrition company Alltech.

Part of Alltech’s service involves testing shell strength using the Orka Egg Force Reader. This determines the point at which mineral supplementation will have a benefit to shell strength and monitors its effectiveness. 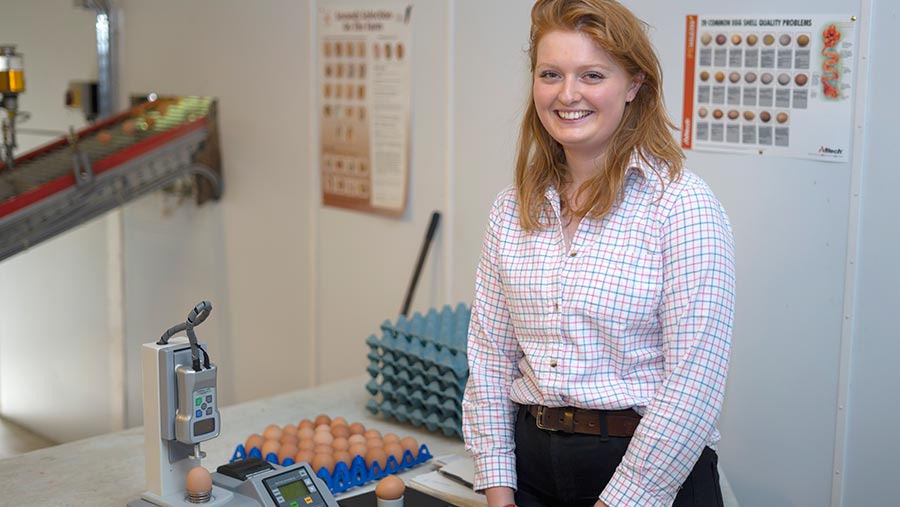 Alltech’s Harriet Smith is responsible for the testing in Britain. Over a period of two years she has built up a shell-strength database representing five million birds from commercial poultry farms.

That data allows farms to compare egg shell strength with broader figures, either of the same or differing breeds, or between individual sites on a single farm.

She typically tests a tray of eggs from each shed every four weeks, giving farmers a picture of how egg shell strength is evolving over the course of a flock.

It gives an indication of if and when to supplement diets to improve egg shell strength – typically at about 40 weeks.