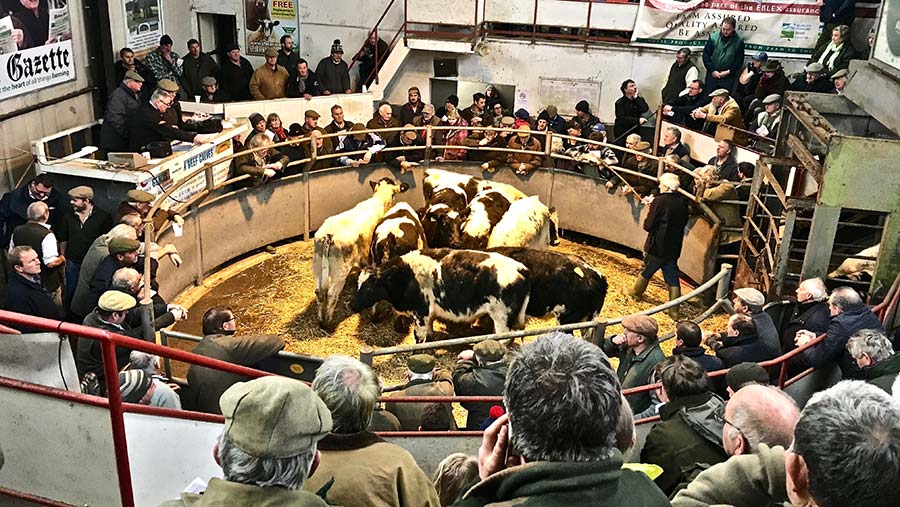 A centuries-old Dorset farming tradition has come to an end, following the last ever livestock market in the county, held at Shaftesbury on Thursday (10 January).

Market operators Southern Counties Auctioneers of Salisbury are making way for the site to be redeveloped as a supermarket by the German firm Lidl.

The Dorset farming community turned up in force to witness the last sale of 240 beef store cattle from 29 farms at the Christy’s Lane site on 10 January.

The last animal to be sold was a red Angus steer, bought by Sherborne farmer Mike Dibble from market regular Colin Mitchell of Buckland Newton for £1,445.

In his final report, auctioneer Iain Soutar commented on the “very large entry for the time of year” and the “huge crowd for this sad occasion”.

A sale of some 160 market items, including pens, gates, crushes, hurdles and weighing machines took place immediately after, with buyers asked to remove all purchases from the site by 16 January.

Shaftesbury was the last of the many livestock markets that once existed in Thomas Hardy’s “county of dairies” – a market that had operated at a number of sites in the town for at least four centuries.

It had been the last operating in Dorset since the closure of the Sturminster Newton market in 1997.

Southern Counties Auctioneers (SCA) has accepted an offer from site freeholders North Dorset District Council to give up its long-term lease early, in return for a share of the sale proceeds.

Many local farmers had protested the market was still operating at full capacity and that now they would have to take their animals many miles further to markets in Devon, Somerset and Wiltshire.

Cattle farmer John Pritchard, who farms at Enmore Green, Shaftesbury, said: “This closure is a sad day for Shaftesbury and for farming in Dorset generally.

“The market is very popular with farmers, many of whom come from a wide area around to bring animals here.

“Many of us will now have to make unnecessarily long journeys to markets in other counties to buy and sell.”

But NDDC strategic director Martin Hamilton, who is organising the site sale, denied the market was popular.

“Trade at [Shaftesbury] market has declined in recent years.

“Over the same time, trade at Salisbury [market] has grown, reflecting the trend for larger, regional markets such as those in Frome, Salisbury and Sedgemoor.

“The redevelopment of the cattle market will secure important new facilities for the town [and] will see new jobs provided – well in excess of the numbers currently employed at the market.”