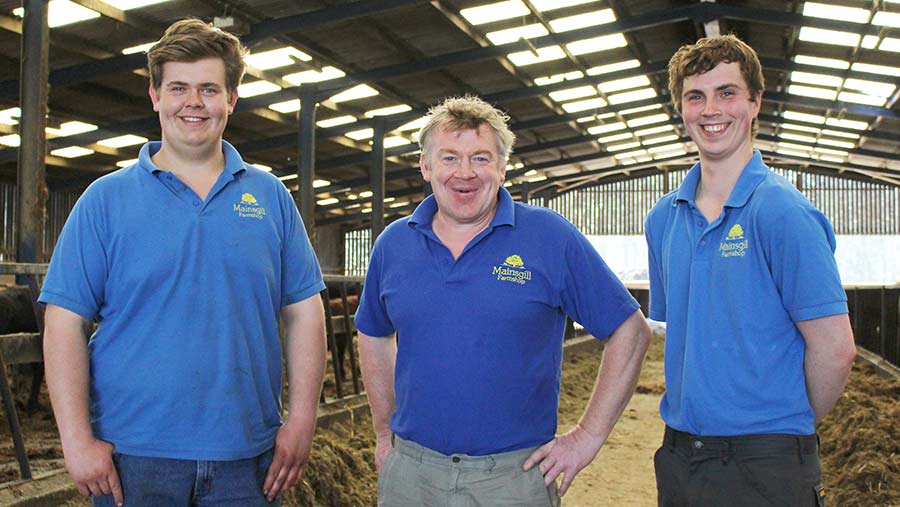 Jack and Andrew Henshaw and their farm worker Blue Taylor

Rearing and finishing only heifers for meat is something the Henshaw family have been doing for almost 20 years, ever since they established Mainsgill Farm Shop near Darlington in 2001.

Not bound by the breed, but only the sex of the animal, they believe it is the secret to producing consistent, marbled beef.

Andrew, who runs the business with his wife Maria and children Jack, Matthew and Rachel, says bulls can be too lean – something he learned from a local butcher when he first started out.

About 200 heifers are sourced solely from local farmers Chris and Julie Kearton in Barnard Castle, who run a mixed-breed suckler herd consisting of British Blue, Limousin and Charolais cows put in-calf to a Blue and a Limousin bull.

Starting out in homebred beef

Since son Jack returned from college last year, they have also established their own suckler herd of 80, made up of Limousin, Blue and Angus cows all put in-calf to a Charolais. Bull calves are sold through Darlington market.

The aim of the suckler herd is to add more security to the farm and produce more heifers as the business grows.

Plans have just been approved to add an extension to the existing 20,000sq ft farm shop, which already sees more than 500,000 visitors come through its doors every year.

Commenting on using heifer meat, Andrew says: “We didn’t want to be tied by only producing meat from a particular breed like the Angus, plus a lot of people market their beef on the breed.”

“We wanted to be different. When we first started out, our local butcher told us meat from heifers produced the best cover of fat and that’s what we decided to specialise in.”

Monitoring growth rates and refining the system is something Jack, who has just completed a Higher-Level Diploma at Myerscough College, wants to look at. 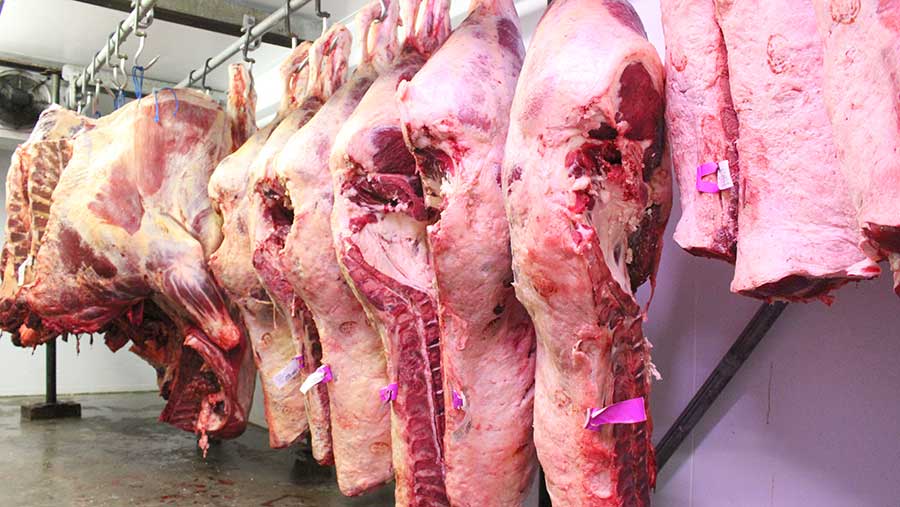 He says: “We have just invested in a mobile crush with weigh head, and monitoring growth rates is something we will start doing in the future.”

Getting tenderness and flavour from correct diets

Diet is key to getting the right level of cover on the heifers. Most of the feed is grown on the 243ha farm where it is also milled and mixed into a rearing and finishing diet.

Andrew says: “We have been feeding the same diet and running the same system since the start. Because everything is grown on the farm and we make our own feed, it means the beef we are producing today is the same as it was 15 years ago. Having the same diet is key to producing consistent meat.

Jack adds: “We keep the diets simple. We feed a high protein diet to grow the frame, but we have to be careful they don’t put on too much fat. We also don’t want to grow them too quickly as we want the meat to be well-marbled.”

Growing heifers are housed indoors throughout the winter and grazed on a paddock rotation during the summer. Those within a couple of months of finishing are kept indoors on a finisher total mixed ration (TMR) until they reach the desired weight and conformation.

The aim is to feed a high protein grass-based diet throughout the rearing and finishing period. The TMR is made up of grass silage, home-grown beans, wheat, barley wholecrop and bought-in molasses and minerals.

They also use a protein mineral and yeast supplement to raise fatty acid levels which help the marbling of fat.

Jack says: “The diet has been designed to fill the two major aspects of meat quality – tenderness and flavour. Both of these are influenced through feed and nutrition, principally through the dietary effects on the amount of fat in the meat.

“A predominately grass-fed diet gives the meat its intensity of flavour. The meaty flavours of cooked beef are produced in reactions between carbohydrate and protein, and we correctly balance these in the finishing TMR to give the best flavour possible.”

Heifers are slaughtered at J A Jewitt Meats, Spennymoor, and then brought back to the farm where they are hung for 28 days to develop tenderness and flavour. A team of four butchers then processes the meat.

A variety of products are made from the beef. The product range is something that has expanded as consumer buying habits change, explains Maria. 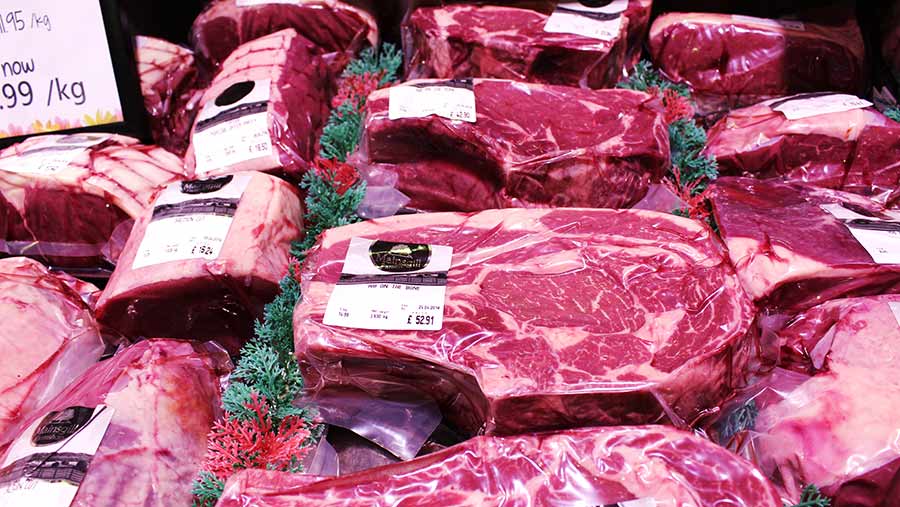 “When we first started the farm shop in 2001, joints of meat were popular. However, the home-cooked Sunday roast is a dying tradition. Now it’s about convenience.

“The most popular outlet for our beef is through the ready meals and pies we produce and the beef served in our restaurant.”

The different outlets for the food mean the whole of the carcass is used. Bones are boiled and sold for dogs, lower grade cuts processed into corn beef, for example, and the topside cooked and sliced for sandwich meat.

With the farm shop having a bakery, butchery, and restaurant it means nothing is wasted.

According to the most recent National Beef Quality Audit (2014), which is conducted every five years in the US to evaluate the beef industry’s effort to improve meat quality, heifer meat did have some benefits over steer meat.

The key findings from the report concluded: