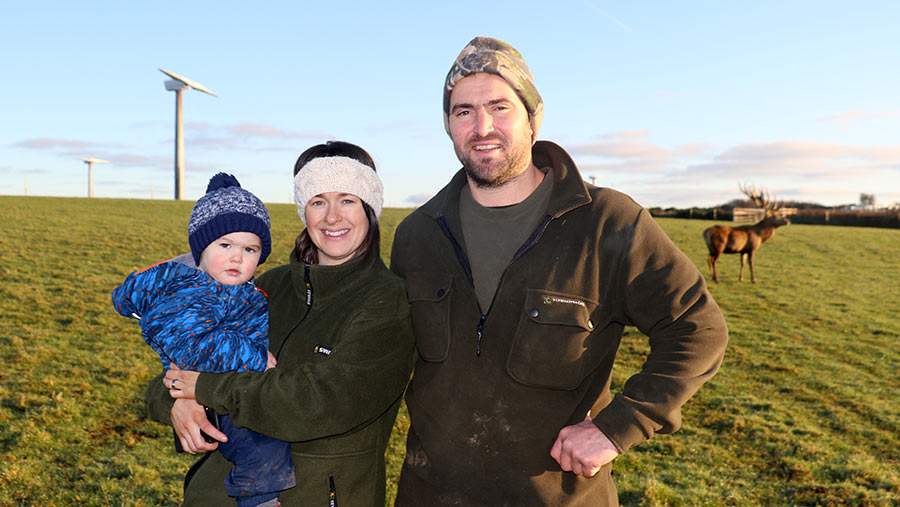 New-Zealand-born Matt, a current world shearing champion, and his wife, Pip, took on her family farm in Cornwall five years ago and established a deer enterprise in 2016 to complement their Romney sheep flock.

They were supplying Dovecote Park in Yorkshire, but deer were travelling between six and eight hours, depending on traffic.

See also: Advice on setting up a deer farm

On top of this, the Smiths estimate haulage charges and carcass losses caused by stress were costing about £30-£40 a head.

“I can’t speak highly enough of the chap we deal with [from Dovecote], but I thought it couldn’t be doing the flavour or the consistency of the meat any good.

“We are really passionate about what we produce and it’s our obligation to ensure we have put it there in the best state possible,” says Mr Smith.

To improve animal welfare and add value, they have taken full control of the whole farm-to-fork process by building their own on-farm abattoir, capable of slaughtering 50-80 deer/week.

It has enough capacity for three weeks’ kill, with three chiller rooms for 21-day dry ageing. 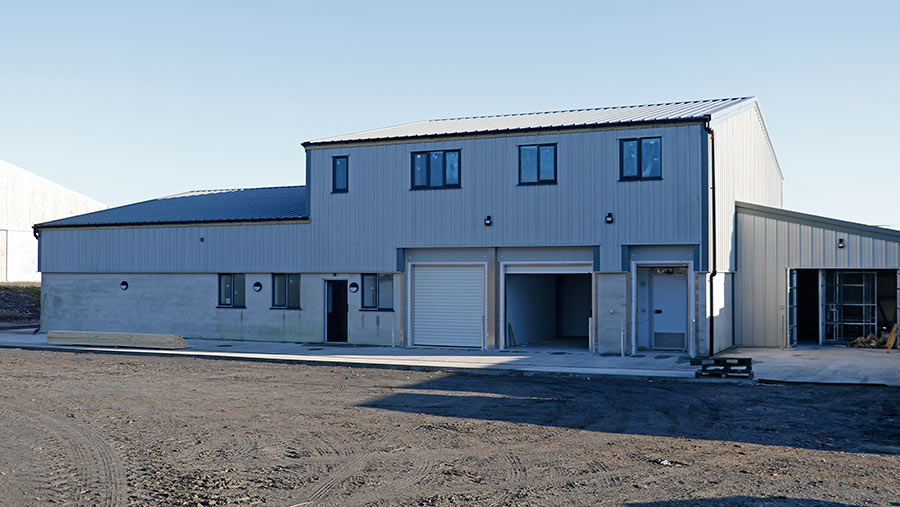 Once the abattoir is up and running in January, the new business will employ one full-time butcher and three part-time staff, as well as two full-time people in marketing and sales.

“It was already a big project but it has now got even bigger,” admits Mrs Smith, who says they didn’t foresee the huge costs of additional fire and building regulations.

Wild venison can taste intensely gamey, but the Smiths believe their grass-fed venison provides the perfect taste and year-round consistency.

Venison is naturally low in fat and rich in iron and vitamin B, and feeding pasture-rich diets promotes high levels of conjugated linoleic acid, which is believed to protect again heart disease and cancer, as well as promoting numerous other health benefits.

Plantain and chicory are naturally medicinal, which helps keep antibiotics use extremely low, with only three animals treated last year.

“Animals are no different to people. If you give them a safe and stress-free environment and provide access to trace elements and vitamins [in pasture], they deal with challenges a lot better themselves,” says Mr Smith.

Fluke can be an issue for deer, but to mitigate risk the Smiths have spent a lot of money draining areas that could harbour the host mud snail and monitor health status closely alongside their vet.

However, they admit grazing deer can be challenging.

“Deer will graze grass to extinction. So we stitch in small amounts [of seed] annually to keep a healthy balance of clover and legumes in the sward and try as much as possible to rotationally graze,” he explains.

Hinds are single-sire mated in groups of 40-70. Deer are territorial creatures and therefore tend to stay in their rutting groups.

The Smiths have started an artificial insemination programme on about 25-45 of the best hinds each year, using full electronic identification performance recording. 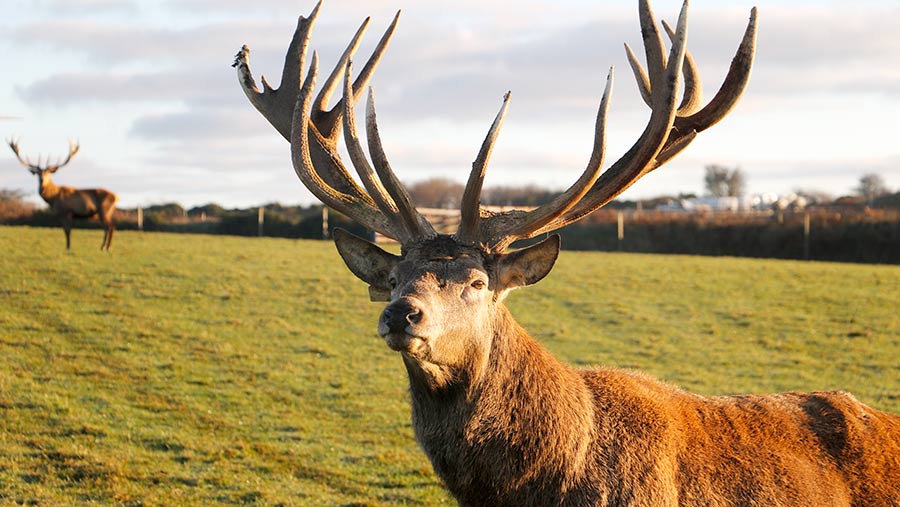 “We are focusing on growth rates and temperament.

“It’s all about profit, not about how big their antlers are,” says Mr Smith.

Due to their primal nature, the deer have to be set stocked for the six-week calving period in May and June because they are difficult to move, so a “hands-off” approach is best.

“Hinds will hide their calves and they need minimal intervention.

“Less is more by a country mile,” he adds.

Deer will be ready for slaughter between 12 and 24 months, which means the Smiths can provide a consistent supply year-round.

A chance meeting with Alan Bird, who was the chef at The Ivy in London for 21 years, at Padstow Food Festival, led to Matt and Pip recruiting him as their brand ambassador.

“He came down to the farm and stayed with us for a week and was completely sold,” says Mr Smith.

Mr Bird is in charge of product development and has already created a culinary classic with a twist – a venison steak, ale and cheese pie. The pie has been made using Davidstow cheese and Sharps Sea Fury Ale – both from local, Cornish companies.

“We have a great provenance of West Country produce and that’s something we want to capitalise on,” says Mr Smith.

They are extremely discerning about provenance and labelling, and for this reason they chose to call the brand Westcountry Premium Venison, with expansion in mind.

As demand grows, their ultimate aim is to create a West Country producer group to support local farmers.

“It gives us a wide remit with a bigger service area, but still with acceptable travel times,” explains Mrs Smith.

They will be selling wholesale through farm shops, butchers and restaurants, and use the whole carcass by supplying more niche markets.

They have been speaking to a company interested in taking the pluck for their premium dog food.

To spread their risk, the couple will never allow one customer more than 30% of sales.

Mr Smith says: “We wanted to spread our risk.

“The deer industry has been structured so there’s so many eggs in one basket and that’s unnerving [but also risky] because there’s no fall-back plan.”

Advice for setting up an abattoir