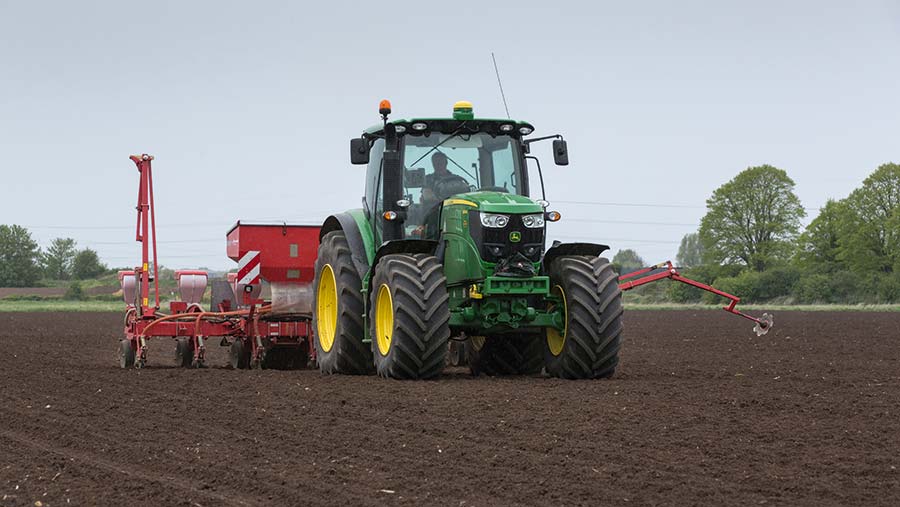 Maize growers are being advised to delay drilling this year to avoid seed sitting in waterlogged soil and potentially failing.

That’s the message from Grainseed technical director Neil Groom, who is warning excessive rainfall in most parts of the country could create both cultivation and germination problems.

Normally, maize drilling can start once soil temperatures reach 10C at a soil depth of 10cm when taken before 9am. But this year, seed drilled into such soil is likely to sit without germinating, making it vulnerable to rots and moulds, Mr Groom points out.

Instead he advises growers to hold off planting seed until temperatures reach 12C.

“Some parts of the UK have now reached 10C, but because of the water held in the soils in most parts of the country, particularly in the South West, that could be misleading this year,” he says.

He warns that seed sown into waterlogged seed-beds will swell, which is likely to break the seed-dressing coat. This then makes the crop even more susceptible to disease and pest attack.

“Trying to drill too early could therefore be a very costly mistake to make this year.”

Meanwhile, delaying drilling will allow the wettest soils to dry out and the extra heat will really help seed get away, he explains.

The other issue resulting to the wet soils is workability. This might be the year to leave the power harrow in the shed and produce the seed-bed using a tined harrow, Mr Groom says.

“If the soil is at all wet, the rotating power harrow blades can cause smearing and compaction below the tines.

“Maize hates dense soil, so any pans will limit establishment considerably. A tined harrow will be far more gentle on the soil and produce just as good a seed-bed this year.”

The wet weather may have depleted nitrogen supplies in the soil, so crops may need a fertiliser boost two to three weeks after establishment.

“Nitrogen is water soluble, so it will have been heavily depleted over the winter. Even where people applied slurry, farmyard manure or digestate at the end of February, it is likely the nitrogen from that will have disappeared by now.”