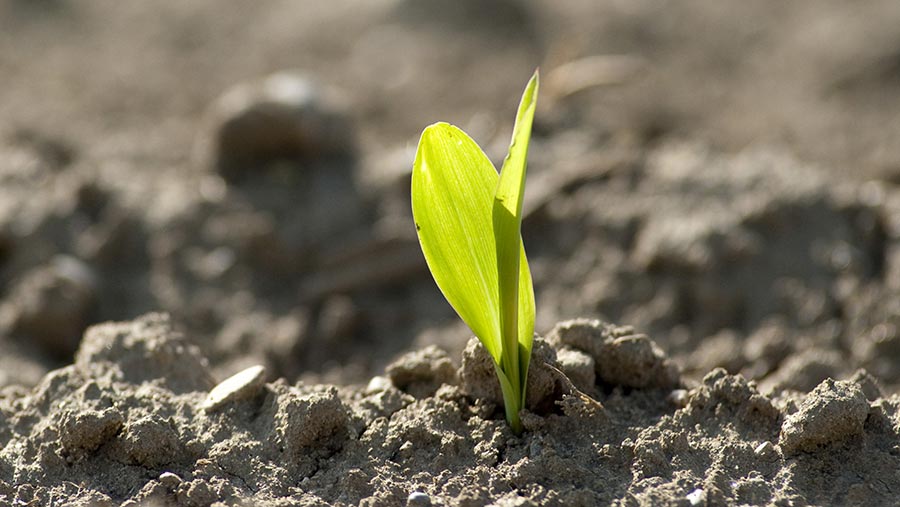 Growers must apply stocks of Calaris in the 2019 growing season after it became discontinued from 28 February, manufacturer Syngenta has announced.

The product uses the actives mesotrione and terbuthylazine and independent agronomist Craig Green of CMG Agronomy said it had offered a flexible and highly reliable herbicide around the fourth-leaf stage.

“If sufficient weed control can’t be obtained then yield could be affected as yield is set around the fourth-leaf stage of the crop,” he said.

See also: Advice on when to cut maize crops in drought

He added that weed control was vital because maize plants reacted to changes in light quality and the light spectrum brought about by competing weeds.

Under such circumstances maize can rush through growth stages, becoming tall and putting less focus on developing a root system and having less leaf area to capture sunlight.

He recommended looking at pre-emergent options, keeping seed beds as clean as possible and using rotations to minimise weeds.

He said Calisto (mesotrione) at 1 litre/ha would be a good option to mix with a partner product, such as NicoSulfuron for grass weeds or Bromoxonil for broad-leaved weeds, depending on the farm’s specific weed burden.

“Calisto can do a good job on its own,” Mr Green added. “It may be better for the grower to quiz their own agronomist on options for their farm.”

He said it was now “vital” to use a pendimethalin-based product as a pre-emergent at 1000-1200g active/ha to get satisfactory weed control early on and lessen the pressure on post-emergent chemistry.